The devastating death of George Floyd, the Covid-19 pandemic, the #BlackLivesMatter movement and #TheSchoolThatTriedToEndRacism have excavated and highlighted various inequalities within our society. Although it might be an uncomfortable realisation, acceptance or discussion point for many, it is important to listen to, acknowledge and address people’s experiences. In light of the current situation, I refer to excerpts of my Master’s thesis to highlight the microaggressions experienced by some senior Black female professionals in the United Kingdom.

The glass ceiling analogy implies that a barrier exists which hinders minority groups from progressing despite their qualifications and skills (Smith, 2012), especially Black women (Holder, Jackson, & Ponterotto, 2015). The interconnection of being Black and female is labelled as a ‘double jeopardy’, suggesting that this dual status yields double discrimination in terms of racism and sexism in the workplace (Hancock, 2007; Beale, 1970). However, the ethnic-prominence hypothesis suggests that race overrides gender, implying that Black women are likely to experience racial rather than gender discrimination (Levin, Sinclair, Veniegas, & Taylor, 2002).

Discrimination experiences can include incivilities (Cortina, Kabat-Farr, Leskinen, Huerta, & Magley, 2013) or microinequities (Rowe, 1990), which focus on a single level of explicitness. However, microaggressions are ‘brief and commonplace daily verbal, behavioural, and environmental indignities, whether intentional or unintentional, that communicate hostile, derogatory, or negative racial slights and insults to the target person or group’ (Sue et al., 2007, p. 273).

Table 1 shows the themes that emerged during my research.

Table 1: Overarching themes, sub-themes and descriptions from the analysis

The following quotations are experiences of some participants.

Participants mentioned instances of where they were treated differently because they were Black women:

‘I’ll attend board or sub-board meetings or interview panels and they are surprised. You can tell from the non-verbals. It’s not the stuff they say, but kind of the eye movements and body language.’

The professionals detailed multiple experiences where their colleagues and clients have made them feel isolated:

‘During my career, people have said, “you only got here because you were Black” and I say, I went to university, I got a first and second degree, I was shortlisted and interviewed, and got the job on merit.’

The participants stated that persisting with their job and relying on friends and co-workers provided another means for dealing with the microaggressions that affected their day-to-day work:

‘It has been awful, and I think it has been the strength that has kept us together because having allies in the field means we can support each other as Black women.’

‘It is tiring thinking about what I deal with as a Black woman. You just have to get up and get on with what you have to do, even though the systems do not support that.’

Despite their negative experiences, each of the participants perceived being a Black woman as advantageous:

‘Being a Black female, I can use my experiences to open the eyes of other people. It is not that these are bad people, it is just that they have not come across issues where they have had to think about race.’

‘I think if more of us are visible and persevere, then we are helping the people that are coming up after us, and they can see more people like them doing these big things.’

These excerpts are by no means a representation of all Black women’s experiences, but they provide a snapshot of the combination of racism and sexism that Black women endure in the workplace. Unconscious biases are rife within society: they are contributing towards the inequalities we see all around us and the overt and covert racially motivated behaviour that many Black women are subjected to.

If we are really committed to creating fair, diverse and inclusive workplaces, we need everyone to work towards actively and intentionally addressing the lack of representation of Black leaders in education and influential positions across all sectors.

Smith, R. (2012). Money, benefits and power: A test of the glass ceiling and glass escalator hypotheses. The Annals of the American Academy of Political and Social Science, 639, 149–172. 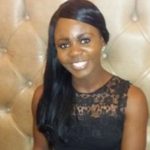 Louise Appiah is an enthusiastic teacher with an interest in educational research, pedagogy and social psychology. After achieving a 1st class MSc in management psychology from the University of Nottingham, she worked in training and development and graduate recruitment before attaining a PGCE in primary education from the Institute of Education in London. Having worked as an ambassador for widening participation in higher education and a mentor and team leader for different education charities, she is keen to engage with other causes committed to improving educational outcomes for children and young people. She currently serves as a governor at a local grammar school and is always open to contributing articles and engaging in research.