Both the explicit and implicit messages that schoolchildren receive from their textbooks matter. My research focuses on race and national belonging and how these have changed from the 1950s to the present. During this period, there has been substantial improvement in the explicit content of Australian history textbooks. Whereas in the 1950s ‘loud and proud’ discourses of White superiority and Aboriginal deficiency predominated, representations of Aboriginal peoples and non-White immigrants have improved over time. This is important, as almost 50 per cent of the Australian population were either born overseas or had at least one parent born overseas (ABS, 2017). Despite the seemingly good intentions of textbook authors, however, implicit ideas of Australia as a White nation persist. In textbooks published this century, Aboriginal peoples and non-White immigrants are positioned as ‘other’ to normative Australianness, producing racialised categories of national belonging and exclusion.

In this blog post and my recent article in Review of Education (Moore, 2020) I use the concept of White solipsism to explain how White people remain oblivious to implicit constructions of Australia as a White nation. White solipsism refers to a standpoint in which the White perspective is implicitly (mis)interpreted as universal (Rich, 1979). For those enculturated in White solipsism, it is self-perpetuating as it becomes imperceptible to most Whites. In Australian history textbooks, the tunnel vision of White solipsism is reproduced by representing events from a White perspective, privileging White interests and by focusing disproportionately on Whites.

‘In Australian history textbooks, the tunnel vision of White solipsism is reproduced by representing events from a White perspective, privileging White interests and by focusing disproportionately on Whites.’

The aim of my research is to interrupt this process so that understandings of national belonging can be extended to all children. My decision to examine textbooks was based on their status as ‘consensus documents’ (Provenzo et al., 2011, p. 1), which provide a unique window into a society’s authoritative and legitimate knowledge. Due to their powerful positioning and reach, textbooks are a crucial medium for reiterating or disrupting performances of whiteness.

Overall, textbooks mirror the broader social context in which they’re produced. In the White Australia of the 1950s, Australian history was seen as one chapter in the larger story of British history – beginning with European ‘discovery’ and British colonisation, with no place for Aboriginal history. Histories from this era narrated a triumphant tale of White economic, social, cultural and political development, overwhelmingly focused on elite, White males.

Substantial social change in the 1960s and 1970s in Australia was led by Aboriginal activism, such as the Yolngu bark petition in 1963, the ‘Freedom Rides’ in 1965 and the Gurindji strike in 1966. This activism helped remedy genuine White ignorance about racial discrimination and disadvantage. To varying extents, revisionist histories from this era centred previously silenced voices – White workers and women, non-White immigrants and Aborigines. For example, from the 1970s, a chapter on Aboriginal Australia became a standard inclusion as the initial chapter in history texts. In comparison to earlier textbooks’ focus on White history, this shows a lessening in White solipsism.

This pattern of gradual improvement continued until murmurings of discontent about these changes escalated into the ‘History Wars’ with the election of a conservative government in the 1990s. This conflict reflected a shift from the progressive, pluralist values that imbued Australian political culture in favour of a return to core (White) values.

Within this context, improvements to Australian history textbooks have stalled. Despite occasional disruptions to the White perspective, it remains dominant yet unmarked in texts published in the 21st century. Even the increased representation of non-Whites fails to unsettle this dynamic; by siloing this content, dominant Whiteness is augmented rather than disrupted. Moreover, inserting additional content without modifying the text’s original content or organising framework produces contradictions within texts whereby implicit constructions of otherness remain despite seemingly genuine attempts at inclusivity. Contradictions between the explicit and implicit portrayals in the texts analysed reflect enculturation in White solipsism, which renders educators oblivious to their relative disregard of non-Whites.

Having good intentions and not deliberately marginalising others is not enough. Textbook producers need to critically engage with dominant culture narratives. White peoples need to overcome their/our ‘deeply learned habits of disregard’ for the experiences of Indigenous peoples (Donald, 2011, p. 91). There is no simple toolkit or checklist for this work. The practice of self-education to disrupt learnt ignorance and confront our biases and blind spots is a life-long process.

This blog is based on ‘Who is Australian? National belonging and exclusion in Australian history textbooks‘ by Robyn Moore, published in Review of Education. It has been made free to view for those without  a subscription for a limited period, courtesy of our publisher, Wiley. 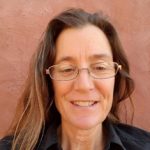 Lecturer at University of Tasmania

Robyn Moore is a White feminist who lives and works on the land of the Paredarerme. Her research examines taken-for-granted aspects of Australian society and explores strategies to build social equity such as allyship and decolonisation. While chiefly focused on race and gender, she is invested in interrupting all aspects of normative dominance, including those related to class, sexuality and ability. She is engaged in a range of research projects exploring topics such as microaggressions and unconscious bias relation to the experiences of women of colour in science, technology, engineering, mathematics and medicine (STEMM), girls in action sports, cultural safety teaching and collaborative teaching models. Robyn’s research is not separate from her personal, ongoing journey to challenge the cultural assumptions and privileges she has imbibed as, in many ways, a member of the dominant culture in Australia.