Education plays a primary role in identity formation, including the process of national-identity building, which is reflected in education policies, national curricula and teaching practices. In modern liberal-democratic countries, such as the UK, Australia, New Zealand, Canada and the United States, national identity is not inclusive of all its citizens, and it institutionally privileges members of the dominant group and culture.

The structural nature of the colonial project means that national identity is particularly harmful to Indigenous peoples’ individual and communal identity reproduction, including ways of knowing, being and doing which rely on relations to place – that is, land and country. Indigenous peoples, such as Aboriginal peoples in Australia, are inextricably connected to place and, thus, identity is relational and cannot be separated from land and country. Education as part of the colonial project has paid little attention to place, which is problematic – not only as it excludes Indigenous ways of knowing, being and doing, but because it also fails to respond to growing environmental crises. In this blog post, we focus on the need for converting classrooms into place-responsive communities of inquiry that are essential to developing eco-citizen identities – identities that break with socially and environmentally harmful knowledge and habits.

‘Education as part of the colonial project has paid little attention to place, which is problematic – not only as it excludes Indigenous ways of knowing, being and doing, but because it also fails to respond to growing environmental crises.’

The self as embedded in nature is often obscured in liberal democracies. These societies perpetuate and maintain colonial ways of knowing, being and doing, particularly the concept of self as an independent, self-reliant, property-owning individual – which is a self traditionally defined in opposition to nature, creating a nature/culture dualism. Consequently, individualism – as the basis for identity and sociopolitical ordering – works to deny the embedded nature of humans, creating an ecological blind spot. Colonial countries view land as merely instrumental, as a means to an end. Consequently, there is very little that signals a limit to action – that is, an ethical limit – which has allowed for today’s widespread exploitation and its resultant environmental crises. These crises have ‘ushered in a new search/struggle in the Western world for the true definition of identity or meaning-for the definition of human identity, that is, not political/nationalist identity’ (Graham, 1999, p. 110).

Colonialisation as the dominant national narrative has radically transformed landscapes into built environments – habitats constructed exclusively for humans. Conversely, for Aboriginal peoples, place and humans are relational; place is epistemically inscribed through a relational ethos, a caring for country and kin. Relationality forms the basis of lore, law and sociopolitical ordering. Active in areas and interrupted in others, these practices become ‘patterns etched in the landscape by tens of thousands of years of human occupation that are available for recovery and revival in face of colonisation’ (Brigg & Graham, 2020).

Sustained and caring attention to place through inquiry is needed as the classroom is not sealed off from the world. Place is not merely neutral ground upon which learning occurs; it is diverse, active and multi-storied. To ignore multi-storied narratives is to silence the diversity of meanings etched in the landscape and allow the dominant ideology to continue to colonise place. Crucial, then, is engagement with Indigenous ways of knowing, being and doing, so that non-Indigenous students learn how to read different landscapes by learning not only the Western science and history of a certain place but also the Indigenous science and history, the needs of the flora and fauna, the dangers to the ecology, and the ways that human interaction with place can both cause and mitigate such dangers.

Such learning can take place both in and outside the classroom. For example, dialogue with Indigenous peoples and perspectives in a community of inquiry could open a pathway for students to develop a greater sense of place. Indigenous relationships with land are evident in philosophy, science, stories, dance, music (an example being Kev Carmody and Paul Kelly’s song ‘This Land is Mine’), which can provide stimulus for understanding the Indigenous concepts of obligation to land and care for country that have been part of their sustainable land management practices for tens of thousands of years. Outside the classroom, ecological identity can be cultivated by ‘groups caring for particular chosen tracts of land not only via gardening, but tending, having recreational and ceremonial activities there, creating stories about and artistic expressions of the relevant sites, protecting them from damage’ (Graham, 1999, p. 108).

Bringing Indigenous and non-Indigenous discourses together through communities of inquiry that are place responsive is a positive step towards reconstructing human relationships to place and ecological communities. It is also a vital step if education is to mitigate social and environmental injustice, which is essential for mounting an educational response to climate change. 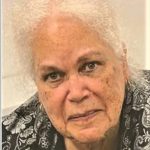 Mary Graham is a Yugambeh Kombu-merri person through her father’s clan and Wakka Wakka through her mother’s clan. Mary was awarded an honorary doctorate at the Queensland University of Technology for her lifetime commitment to scholarship and community and is an adjunct associate professor at the University of Queensland. She was a member of the first Council for Aboriginal Reconciliation and is also engaged in international research projects. 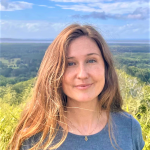 Lecturer in Philosophy at University of Wollongong

Simone Thornton is a lecturer in philosophy in the School of Humanities and Social Inquiry at the University of Wollongong, where she teaches in environmental philosophy, global ethics and existentialism, and is an honorary lecturer at the University of Queensland. Her research interests intersect social, political, environmental and educational philosophy with a focus on eco-rationality. Simone is a founding member of the Australian Philosophy Research Group along with Gilbert Burgh, Mary Graham and Michelle Boulous Walker. 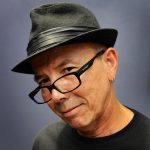 Honorary Associate Professor in Philosophy at University of Queensland

Gilbert Burgh is an honorary associate professor in philosophy in the School of Historical and Philosophical Inquiry at the University of Queensland. He has published widely on democratic education, civics and citizenship education, and dialogic pedagogy. His books include Philosophical Inquiry with Children: The Development of an Inquiring Society in Australia (2019) (with Simone Thornton), Teaching Democracy in an Age of Uncertainty: Place-responsive Learning (2022) (also with Thornton) and Ethics and the Community of Inquiry: Education for Deliberative Democracy (2006) (with Terri Field and Mark Freakley).