The thing that captured my interest as a reluctant student teacher was the 1991 BBC film The Transformers, which showed children doing philosophy. This wasn’t academic philosophy. Rather than learning the history of ideas, children were engaged in dialogue about their own questions. My subsequent training to facilitate community of philosophical inquiry (CPI) shaped me as a teacher.

CPI is one approach to Philosophy with Children (PwC) (McCall, 2009). Now, when training others in CPI, I hear how it influences them, particularly in relation to children’s and young people’s voice, something they don’t anticipate. This new focus aligns with the professional standards to which teachers in Scotland must adhere, where children’s rights are central. It also resonates with the political desire in Scotland to incorporate the United Nations Convention on the Rights of the Child into Scottish law, something the UK government blocked.

Some practitioners come to PwC interested in academic philosophy and wishing to share that interest. Others want to support children’s learning, looking for an approach that has evidence of a positive impact on the curriculum. Some recognise opportunities for PwC to support other elements of children’s lives such as their self-regulation, critical thinking and deliberative participation. Teachers engage with PwC because they recognise potential benefits for their pupils. The benefits, they often think, come from them acquiring a new technique or set of skills. What they don’t seem to expect, until they begin practising CPI as participants themselves and with their pupils, is the effect it is likely to have on them as teachers and the prominence it brings to their facilitation of children’s and young people’s voice.

Repeatedly, practitioners, in whichever setting, record the positive impact CPI has had on them and their practice. The thread that runs through their responses is often one of surprise. They thought they listened to their pupils, but on introducing CPI, notions of voice come to the fore. As Lundy (2007) says, ‘voice’ is not enough; it isn’t satisfactory that children are able to say what they think. There must also be space, an audience and influence. Teachers practising CPI create a space for dialogue, but through listening to their pupils engage in dialogue, they then become part of the audience, and the voices of their pupils then have influence on them.

‘Teachers practising CPI create a space for dialogue, but through listening to their pupils engage in dialogue, they then become part of the audience, and the voices of their pupils then have influence on them.’

In her account of introducing CPI in her classroom, one teacher reported that it was ‘ground-breaking’ (see Cassidy, forthcoming):

‘I wasn’t giving them enough credit for the sort of stuff that they could pull out of nowhere and the quality of their vocabulary and their consideration of others in discussion and their debating skills, and I could go on. There’s genuinely such a positive impact on all those skills and more, just because I shut up and took a step back. I can’t believe it. It really has made a difference.’

There is much to unpack in this quotation. There are assumptions about children’s lack of capacity, something many teachers and even children themselves share. There is recognition of the children’s ability to engage positively with others in dialogue. And, significantly, there is the teacher’s acknowledgement that she had to ‘shut up’ to allow the children to have voice. Beyond shutting up, the teacher has attended to what the children were saying. The ground-breaking aspect of this is the teacher’s realisation, an awakening, to the potential of enabling dialogue rather than shutting it down.

For teachers to enjoy the ‘transformative’ experience that may give them the ‘power’ to ‘reshape my views on pedagogy’, they arguably need to ‘shut up’. Much is made of children’s voice, but opportunities for voice can be hampered by teachers’ voice or their failure to listen so that children might have influence. Shutting up to listen to what one may otherwise miss holds opportunities to recognise what children have to say, and to offer them recognition. Through Philosophy with Children, we can attend to children’s voice and give children and young people the influence to make change happen.

Cassidy, C. (forthcoming). Philosophy with Children and learning for sustainability: Lessons for teachers. In A. Kizel (Ed.), Philosophy with children and teacher education: Global perspectives on critical, creative and caring thinking. Routledge. 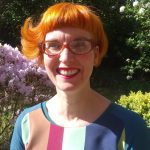 Reader at University of Strathclyde