On Thursday 3 June, Professor Linda Tuhiwai Smith addressed the University of Cambridge’s annual conference at the Faculty of Education. Smith is ending her time as professor of education and pro-vice-chancellor Māori at the University of Waikato and moving on to Te Whare Wānanga o Awanuiārangi, a Māori institution of higher education in New Zealand.

When she began her work in the 1990s, she said, there was no one who put the words ‘decolonising’ and ‘methodology’ together. The academy was not interested. She could not find a publisher: Smith is the author of seminal text Decolonizing Methodologies (Smith, 1999). In those days, she said, ‘love was not a word we used’. Research was done from a position of power, in which participants were subjugated through the very methodologies of the research. Large and looming in published work was the word ‘discovery’ – seen then as a stamp of achievement. But, she asked us, ‘Is it important to “discover”? Is that the goal?’

‘Most of us are in this field because something dear has called us to it, yet many have not extended that same calling to the project of decoloniality. But we must all do this work.’

What Smith was referring to was how the very vocabulary of imperialism has been embedded in research practice. The act of ‘discovering’ assumes that knowledge is to be claimed, like land. Simple examples like the desks of primary students across the world were, for her, embodiments of the technologies of power. A student’s desk was designed to reinforce ideas about personal space and private property. These were western ideas that did not befit indigenous epistemologies. What is worse is that they became tools of acculturation (one thinks not only of the Māori, but also of Canada, where headlines have bloomed again over indigenous schooling). Yet Smith noted that as she travelled and met indigenous peoples, they all said: ‘We are the most researched people in the world’. Why did they tell me this?, she wondered. It was because research had been done to them. It had been exploitative.

Rejecting these practices, she became a leader in the movement of decolonising research. However, she underscored that this movement extends beyond institutions, to discourses, codes, and paradigms, all of which are networked. It is also intergenerational work: Smith looked directly at the audience and said,

Coming back to her view of a time when ‘love was not a word we used’, she asked the audience, ‘Today, how does the work we do come from a place of love?’ This is an important question: most of us are in this field because something dear has called us to it, yet many have not extended that same calling to the project of decoloniality. But we must all do this work. I know I do not wish to be one of those who, as Smith said, will “look the other way”.

But not all of us are from indigenous populaces. For example, a student once said to Smith, ‘You didn’t write your book for me, I noticed’. ‘No,’ she replied, ‘because in the library, there was no book for me’. This anecdote highlights the fact that we each have our own responsibilities to the project of decoloniality. Boaventura de Sousa Santos articulated how we can take this up:

‘There is… a capitalist, colonialist diversity and an anticapitalist, decolonial diversity…. The mark of the conflicts among them traverses all the epistemological debates of our time. That is why it is so important to go from internal plurality to external plurality, from the internal discrimination of scientific practices to discriminating between scientific and nonscientific knowledges.’
De Sousa Santos, 2014, p.199

Perhaps this is the best articulation of the work that unites us all, indigenous or not: to stand with our colleagues, whatever part of the globe they hail from, and hold up not just their published works but also their epistemes and experiences as valid and vital contributors to research, from conceptualisation to design to modes of analysis. The fight should not be among ourselves, conceptually or methodologically, but between a collective ‘us’ and those who stand in the way of protecting and honouring people’s right to know within their own traditions of knowing, and to be within their own traditions of being.

De Sousa Santos, B. (2014). Epistemologies of the South: Justice against epistemicide. Routledge. 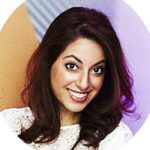 Doctoral Candidate at University of Cambridge

Sabilah is a doctoral researcher at the Faculty of Education at the University of Cambridge. Having held senior roles in education technology and publishing, her research now focuses on early childhood learning and development, and the effect of parent engagement on childhood during the Covid-19 crisis. She is particularly interested in exploring how parent–child play and healthy development are affected by the mediator of parental resilience. Sabilah’s work is associated with Cambridge’s REAL and PEDAL research centres. She also spearheads a team of 12 international scholars on the Post-Pandemic Play initiative, for which she holds a grant from BAICE. She is an associate director of the COVGEN Alliance, and a designated Google research innovator. She completed her MPhil in education and international development at Cambridge, and holds dual BAs from Columbia University in the USA.