The need to encourage more youngsters to study science, technology, engineering, and mathematics (STEM) is a recurrent theme in the educational policy debate, recently fuelled by environmental problems and pandemics. Some countries have attempted to use curriculum reforms to this end. In the Netherlands, the number of upper secondary programmes has been reduced and the proportion of STEM programmes has been increased. In Germany, students have been required to take advanced upper secondary mathematics where they formerly could choose between basic and advanced. In the UK, the Royal Society has formulated a vision about a baccalaureate style curriculum with a special focus on mathematics and science until age 18, with the intention of preventing students from abandoning STEM subjects early (Royal Society, 2014, 2018).

In this article I suggest that the UK ought to consider an alternative approach, employing positive incentives to attract students to study STEM subjects rather than requiring them to do so. This suggestion is motivated by two considerations. First, the experiences of the curriculum reforms in the Netherlands and in Germany are not encouraging. In Germany, the female dropout rate increased, while male students were not affected at all (Görlitz & Gravert, 2016), whereas in the Netherlands the female students responded to the more STEM-dominated curriculum by not choosing the most STEM-intensive programmes. Second, I draw upon a recent study (Mellander & Lind, 2021) of two curriculum reforms in Sweden, one of which incorporated several of the features of the Royal Society proposal and another one which, in contrast, relied on carrots instead of sticks.

The first of these Swedish curriculum reforms, introduced in 1995, extended all two-year upper secondary programmes to three years, increasing their formerly very limited or non-existent mathematics and science content such that the programmes yielded basic eligibility to university studies. However, in 2011 a second reform reversed many of the changes made in 1995. Separate exams were introduced for vocational and academic programmes; only academic exams yielded basic eligibility to university studies.

Our study compares the outcomes of these two reforms. Students’ attitudes to STEM and flexibility with respect to choice of study path are also considered. In Mellander and Lind (2021) we employ rich data on all students starting secondary education in Sweden between 1986 and 2017 – altogether 3.3 million individuals. Our results show that the 1995 reform was followed by decreases in the shares of students enrolling in STEM-oriented upper secondary programmes as well as in the proportions completing them. In contrast, after the 2011 reform both admission and completion rates for upper secondary STEM programmes increased. Thus, counterintuitively, when no longer required to study science and mathematics and obtain university eligibility, more students actually finished upper secondary STEM programmes.

It is less clear how the two reforms influenced transitions to STEM university studies. However, those transitions definitely increased after the introduction, in 1992, of a supplementary one-year science/technology programme, intended for students who have completed an academic, but not STEM-oriented, upper secondary programme. An incentive to apply for the supplementary programme is that students completing their studies in one year are guaranteed a place at a science or engineering university programme. Other attractive features are flexibility and low risk: students need not decide on STEM studies when entering upper secondary school, and if they do not cope with the supplementary programme they can fall back on their academic non-STEM upper secondary education.

The supplementary programme has been particularly beneficial for female students. Among students born in the mid-1990s, 12 per cent of females proceeded to STEM university studies. Of these, one in four (3 per cent of the total) had a non-STEM upper secondary background. For males, the corresponding numbers were 13 and 1.5 per cent, or one in nine. These numbers also show that for students born in the mid-1990s there was an almost perfect gender balance regarding the shares conducting STEM university studies – a huge change compared to students born in 1970, for which the male share was 2.5 times larger. Beside the supplementary programme, this development has resulted from concerted, long-term efforts by the government, educational authorities and labour market organisations. Measures taken include information campaigns, extended study counselling and the use of older female students as role models.

Thus, while the international literature does not lend support to the idea that recruitment to STEM studies can be increased by forcing students to study STEM subjects, the Swedish example shows that positive incentives and flexibility with respect to the choice of study path can be successful and especially effective with respect to the largest potential STEM recruitment pool – female students.

This blog is based on the article ‘Recruitment to STEM studies: The roles of curriculum reforms, flexibility of choice, and attitudes’ by Erik Mellander and Patrik Lind, published in the Review of Education on an open-access basis. 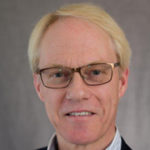 Erik Mellander is associate professor in economics at Uppsala University, Sweden, and researcher at the Institute for Evaluation of Labour Market and Education Policy (IFAU) in Uppsala. His main research areas are education, training and human capital, and topics ranging from pre-school pedagogics to employer-sponsored training. Methodologically, he is quantitively oriented and much interested in measurement problems. However, he is also an advocate of mixed-methods approaches and cross-disciplinary work; he has worked extensively with researchers in pedagogics and didactics. He is chairman of the Swedish Expert group for the OECD survey PIAAC (Programme for International Assessment of Adult Competencies) and has been a member of the Swedish Research Council’s educational science committee. For more about Erik and his work see ifau.se/en/About-IFAU/Personnel/Researchers-Research-Officers/erik-mellander2/.

Curriculum is – or should be – at the heart of educational practice