As recent posts on the BERA Blog have demonstrated, in the quiet chaos of lockdown a range of taken-for-granted assumptions (Courtney et al., 2020), competencies (Zhou & Wolstencroft, 2020) and conceptualisations (Fensham-Smith, 2020) are being evaluated as never before: that a particular approach to formal schooling is the sole means of delivering mass education; that teacher assessment is intrinsically less valid and reliable than a conventional unseen written test; that the absence of formal examinations and the postponement of inspections will precipitate system collapse; that the primary purpose of schooling – much as we may fight this – is as much about childcare and servicing economic need as it is about fostering a love of learning; that home-schooling – while isolating for some and a likely driver of inequalities – may be a panacea for others, especially those who have never loved the inevitable institutionalisation of traditional schooling; and that technology can open up new pedagogies – some liberating, others limiting.

As I have remarked elsewhere, following Goffman (1959), schools – especially secondary schools – have the habit of maximising the feeling of change while minimising its impact (Breslin, 2009). How else, in the emergent postmodernity of the 21st century might we explain the survival of a curriculum that was largely framed in the early independent schools that preceded the industrial era, and extended to all through the mass schooling progressively rolled out in the industrial age? How else might one explain the continued survival of an assessment system built around the presumption that the majority of young people exit education at 16, at least a quarter of a century after this ceased to be the case? Or the survival of the A-level, 70 years after it was introduced to select an elite for progression to university in an age when such progression is closer to the norm than the exception? How else might the modular palaces of New Labour’s Building Schools for the Future programme have bequeathed us a clutch of secondary schools that, in spite of their shiny exteriors and corporate foyers, are largely built on exactly the same organisational and curricular template as the crumbling buildings of the 1950s, 60s and 70s that they largely replaced. Building schools for the past, more like. And all of this – and much, much more – in spite of the relentless constancy of educational reform programmes.

‘As educational researchers, we have both an opportunity and a responsibility to be ahead of this particular curve, and to capture the experience of the pupils, students, teachers and families of lockdown.’

Herein lies the potential of Covid-19: for all its destructive impact, it is delivering a system shock that may deliver changes that endure beyond lockdown, albeit ones that may replace old challenges with new ones, or the same ones in a different guise – notably the continuance and possible entrenchment of educational inequalities.

As educational researchers, we have both an opportunity and a responsibility here: to be ahead of this particular curve, to capture these moments, and specifically to capture the experience of the pupils, students, teachers and families of lockdown. Just as the scientific community is throwing all that it has behind efforts to develop tests and vaccinations, and those involved in manufacturing are throwing their energies into producing ventilators and personal protective equipment, our energies as educational researchers ought to be focussed on capturing the experience of these cohorts, not in retrospect but as it is being lived now.

Let me finish by offering just one area that requires exploration – the experience of those young people currently enrolled on GCSE or A-level courses, or participating in apprenticeship programmes.

The cohort of young people currently in years 10 and 11 preparing for GCSEs, those in years 12 and 13 preparing for A-levels, and those on apprenticeship and similar programmes will have powerful and unique stories to tell, but these personal stories are more than a set of individual narratives. There is scope here for a body of comparative, longitudinal work that tracks those in years 11 and 13 who have had examinations and assessments cancelled or adapted, those in years 10 and 12 who have had the first year of their studies significantly interrupted, and those who were examined or otherwise assessed under the ‘old’ normalities in 2019. How, comparatively, will these groups fare as apprentices and undergraduates? How, again comparatively, will they fare in future employment markets and in income profile? And are there other, specific ways in which they might thrive or struggle because of their experience of lockdown, notably in terms of wellbeing and outlook?

Of course, there are multiple other research opportunities and needs – far more than one could identify in a blog of a few hundred words – but the point is to identify and capture these. To fail to collate, curate and share educational lessons from the lockdown would be a missed opportunity to stress how important the contribution of educational research can be at this time; it would also be a dereliction of our duty and our purpose as researchers at a time when the foundations of an education system fit for the 21st century, not the 19th, might just be being laid. Let’s make sure that we play our part in the construction of education’s new normal, one that addresses at the outset the pervasive failings of that which it replaces.

Fensham-Smith, A. (2020, 6 May). Should we really call this home schooling? Reflections from the research field (blog post). Retrieved from https://www.bera.ac.uk/blog/should-we-really-call-this-home-schooling-reflections-from-the-research-field

Goffman, E. (1959). The presentation of self in everyday life. New York: Doubleday. 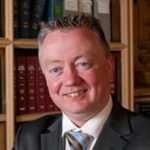 Dr Tony Breslin is an independent researcher, school improvement specialist and policy analyst. He is chair at Bushey Primary Education Federation, co-founder of Transform Governance and director at Breslin Public Policy Limited. His recent reports, A place for learning: Putting learning at the heart of citizenship, civic identity and community life (RSA, 2016), and Who governs our schools? Trends, tensions and opportunities (RSA, 2017), have made important contributions to the debates about the role of schooling, adult and community learning and further and higher education in a post-industrial age, and the nature of school governance in a new landscape of academies, federations and multi-academy trusts.