In the recently published British Journal of Educational Technology article, ‘Constructionism and AI: A history and possible futures’, Niall Winters and I examine the 50-year history of efforts to support the creation of artificial intelligence applications by children (Kahn & Winters, 2021). Seymour Papert and colleagues promoted this idea in the 1970s and beyond (Papert & Solomon, 1971). Others led complementary efforts to introduce logic programming languages and tools to children in the 1980s (see Yazdani, 1984). These efforts were motivated by the belief that children will not only learn about an exciting and powerful technology but perhaps acquire new ways of thinking about their own thinking and learning.

Although a long hiatus followed with very little much happening, since 2017 there have been several developments, likely triggered by recent successes of deep machine learning. Unlike the previous efforts that were focused on symbolic AI, the focus was now on machine learning using neural networks. Several groups, including Dale Lane at IBM, the European eCraft2Learn research project, and Stefania Druga at the MIT Media Lab, have integrated deep learning with block-based languages such as Snap! and Scratch. Deep machine learning is behind the recent AI successes in object recognition, speech understanding, language translation, world-class game playing, deep fakes, medical diagnosis and robotics. Today, we can add new motivation for helping children to create AI applications: they may acquire a hands-on understanding of the potential and dangers of a technology that is rapidly changing the world.

Consider, for instance, the task of classifying images. Children today can train a machine-learning model to classify images into a few categories and then integrate their model into their programs. If they are building a rock, paper, scissors game, for example, they can provide a few dozen images of hands in different configurations for training. Or perhaps they are interested in butterflies (or birds or flowers, and so forth) and want to build an app that can assist identification. Or maybe they want to make an app that greets them and their friends after recognising them. Their app may perform well until they try it with someone else’s hand or images of butterflies or friends taken with different lighting, angles or cameras. Such an experience may result in a deeper appreciation of the current controversies such as the one around facial recognition software.

Given age-appropriate programming tools and resources, children can be very creative in how they incorporate AI into their projects. Children have been creating simple computer games for decades, but today they can design ones that respond to gestures and speech. Children can build miniature versions of digital voice assistants such as Alexa, Siri or Cortana that respond appropriately to questions about a topic such as the weather. Technology that they daily rely upon no longer seems like a magical black box when they discover how to create something similar.

Many children, as they begin to understand the potential of this technology, discuss how it could be used to help people. They talk about how a farmer might use it to be warned when their crops are not healthy or are competing with weeds. Or how a doctor might use it to help interpret an X-ray. Or how one can build something that will raise an alert if an elderly person falls in their home. And they can do far more than imagine such uses; they can begin to work towards them.

This blog is based on the article ‘Constructionism and AI: A history and possible futures’ by Ken Kahn and Niall Winters, published in the British Journal of Educational Technology on an open access basis. 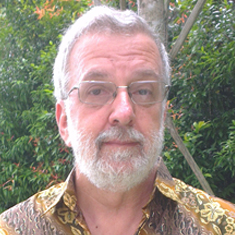 Ken Kahn first became interested in AI programming by children in the 1970s. He published the paper ‘Three Interactions between AI and Education’ (Kahn, 1977) while he was a graduate student at the MIT AI Lab and a member of the Logo Group with Seymour Papert and Cynthia Solomon. In the 1980s he built tools based upon the logic programming language Prolog to enable children to parse and generate sentences. Later he designed and implemented ToonTalk, a programming language that has the look and feel of a video game. For the past five years, as a researcher at the University of Oxford, he has been building and testing a library of AI components in the Snap! programming language.