The Covid-19 pandemic has given new currency to the idea of resilience, in terms of adapting to and recovering from adversity. However, in recent years the discourse of resilience has become widely used in social policy circles at the level of the individual and in the context of a variety of more usual adversities and challenges that children and young people may face. These include family conflict, domestic abuse, peer pressure, bullying, social media use, school transition and exam stress. In addition, building resilience as a character trait has been a policy response to social problems such as gang membership and street violence, and barriers to social mobility among disadvantaged young people.

The popularity of the concept of resilience has been fuelled by escalating public, media and political concerns about children and young people’s mental health. Amid these, the idea of helping youngsters to generate or enhance resilience sounds appealing and can be personally useful.

There are, however, a range of problems associated with resilience thinking in education policy and practice. These include the continuing individualistic, psychocentric nature of resilience discourse, even though a social ecological perspective on the phenomenon, which takes account of multiple contextual influences on children’s lives, is now widely accepted in the academic literature. Ideas about encouraging children to be resilient can work insidiously to deflect blame for any problems a child is experiencing, instead positioning them as problematic and needing to adapt. This reveals the inherently conservative nature of the discourse and provides another explanation for its popularity.

‘There is a risk of the discourse of resilience feeding into processes of social and mental pathologisation and labelling in education policy and practice contexts.’

There is a risk of the discourse of resilience feeding into processes of social and mental pathologisation and labelling in education policy and practice contexts. It interacts with that of mental health and illness in recent education policy documents (see DoH and DfE, 2017; DHSC and DfE, 2018), supporting the problematic incursion of psychiatric and clinical psychological discourses into educational arenas. A lack of resilience in the lives of some children and young people may be viewed as a deficit and dimension of inequality in itself, and this can easily become personalised. This risk is augmented by recent corresponding ideas about character education in which resilience, often interpreted in terms of tenacity, is considered to be a character trait or attribute, and a behavioural skill, that contributes to multiple life outcomes (see for example NatCen Social Research & NCBRPT, 2017). These developments reflect a longstanding tendency in education to psychologise social problems, and a newer educational trend towards ‘therapisation’ of these and a concern with the emotional aspects of social inequalities (Ecclestone & Brunila, 2015).

School-based interventions that aim to promote pupils’ resilience often incorporate a focus on emotional regulation and cognitive-behavioural techniques. Given that many of the adversities that children and young people face are social structural and intractable in nature, relating to social institutions – including schools – and societal power relations, the relevance of these interventions to the lives of disadvantaged children and young people is questionable. They have been considered to amount to behaviour modification and management programmes (Royle, 2017). They have also been viewed as forms of ‘therapeutic governance’ in which ideas and language from the worlds of therapy and self-help permeate other areas of social life and come to shape the way we think, feel and act (see for example Ecclestone & Brunila, 2015). This work also raises ethical questions about encouraging children and young people to internalise risk and responsibility as part of resilience thinking (see Lewis et al., 2021).

So while personal and social ‘wellbeing’ – a wider concept with which resilience is often associated – may be considered an underpinning aim of education from various philosophical standpoints, it seems that much rests on one’s conceptions of these phenomena, and on whether wellbeing or resilience are implicit or explicit educational aims (Lewis et al., 2021).

The author is currently organising a conference on the theme of ‘Sociological perspectives on the mental health and wellbeing agenda in educational settings’, that will take place online on 9 June 2021. Attendance is free and everyone is welcome.

Department of Health and Social Care [DHSC] & Department for Education [DfE] (2018). Government response to the consultation on transforming children and young people’s mental health provision: A green paper and next steps.

Royle, K. (2017), Resilience Programmes and their Place in Education, a Critical Review with Reference to Interventions in Wolverhampton, Journal of Education and Human Development, 6(1): 53-65. 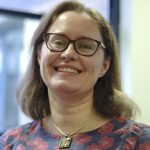 Research Fellow at University of Wolverhampton

Dr Lydia Lewis is a sociologist in the Education Observatory at the University of Wolverhampton. Her research and development work has focused on theoretically informed, applied sociological inquiry and knowledge exchange with third sector organisations. She has developed a programme of research on education and mental health, focused on adult community learning. This has built on previous work in the area of service user involvement in the area of mental health. She convenes the Education and Mental Health Research Group in the Faculty of Education, Health and Wellbeing at the University of Wolverhampton.