There is a lack of historical accounts of the further education (FE) sector in England and Wales, which is reflective of its broader historical-cultural positioning. FE sits between secondary schooling and higher education, delivering vocational, mixed and academic provision to school-leavers and adult learners. Through depicting the ‘story’ of the sector, this blog aims to introduce the key reforms that have shaped the contemporary FE sector.

The origins of the sector can be traced to vocational education in the 19th century, particularly the mechanics’ institute movement. These were providers of vocational training aimed at those from humble social backgrounds, funded by private individuals (Royle, 1971). Many of these institutes would go on to shape the vocational education system of the early 20th century, and the FE sector of today that stems from it. However, this did not represent a state system of post-school vocational education; rather, it was funded and organised by private interests. The absence of state intervention can be understood as a product of the contemporary context, in which education for the working population was met with scepticism, a cultural disposition in favour of liberal education and against ‘utilitarian’ education existed, and a complacent belief in liberalism regarding development prevailed (Green, 1995).

The state first became involved in vocational education via the Technical Instruction Act 1889. Crucial to this legislative change was growing appreciation by the government of the relative development of industrial productivity in Europe. Local committees tasked with satisfying the demand for vocational education were created, whose funding came from a levy on alcohol consumption – dubbed the ‘Whisky Tax’ – which was used to develop technical education institutions. The institutions thus created built upon the early work of mechanics’ institutes, and the later Finsbury Technical College – the first Technical College in England and Wales, funded jointly by the state and City and Guilds of London Institute. Many of the institutions established following this act would later come to constitute the FE system seen today.

Further progress was made through the Education Act 1902. This created local education authorities (LEA) tasked with administering schooling, including technical schooling, to its local populace. However, like all previous reforms regarding education, and specifically vocational and technical education, the legislation was permissive, and therefore resulted in variation in provision and quality. The policy led to an increasing tendency to see state intervention in vocational education as necessary, thus representing a shift in ideas within society that precipitated the later introduction of an FE sector.

‘It is from the Education Act 1944 that the mixed economy of provision in today’s sector, and its status as “the Cinderella sector”, emerged.’

It would not be until the Education Act 1944 that an FE sector would be created in legislation. This act defined the sector as providing (a) full-time and part-time provision for post-school aged pupils, and (b) leisure-time occupation. Broadening FE provision meant that the sector became further diversified, and a shift from part-time, evening study to full-time study in FE institutions was precipitated. It is from these reforms that the mixed economy of provision in today’s sector, and its status as ‘the Cinderella sector’, emerged.

Until the 1950s, little change occurred, and part-time attendance and permissiveness in implementation remained prevalent. The underdevelopment of full-time FE study can be explained by the heightened status of post-compulsory academic education in schools, which to some extent remains true today. Full-time participation, like that we see today, did not come into being until the 1960s, stimulated largely by economic crisis rather than progressive ideals. Thus, the workplace-oriented nature of FE provision today, particularly in colleges of FE, stemmed from the shaping of the sector in the 1960s and 1970s by economic crisis. Despite the fact that the FE sector served industry from its origins, this shift to vocationalism laid the groundwork for the market reforms of ‘incorporation’, and removed the broader aims introduced in the postwar legislation.

By focussing on the history of FE, this blog has contributed to an underappreciated area of academic enquiry. There is value in thinking historically about the contemporary FE sector, as it recognises the ways in which the current sector is the product of cumulative reforms throughout its history, rather than a distinct sector operating in response to present conditions unencumbered by its past. Only through understanding the historically embedded nature of FE can we, today, come to think constructively about how future policy can avoid past mistakes and enhance the status and quality of the sector. 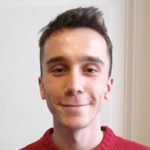 Ross Goldstone is a PhD candidate at the School of Social Sciences, Cardiff University, where he is studying the relationship between social class and further education participation and experience. His current interests are in educational inequality and the sociology of education, in addition to wider debates around social class, and the ideas of Bourdieu and their application in educational research.