The idea and purpose of the contemporary university is key for policymakers, university leaders and researchers. For some, widening university access to the ‘masses’ has created a social divide of graduates and non-graduates, creating social division and fostering populist politics (Goodhart, 2017; Barnett, 2019). This is all playing out amid a culture war across politics, campuses and wider society, alongside policy questions of regulation versus free market access.

Raymond Williams (2011 [1961]) wrote of a ‘long revolution’ to a participatory democracy in the 1960s, facilitated by increased access to education and knowledge aided by information technologies. Martin Trow (1973), following Williams, described a (not necessarily neat linear transition) move from elite, to mass, to potential universal access to the university. Technologies were key for Williams and Trow. Indeed, technology in a post-pandemic environment dominates headlines, conferences and marketing copy as the big disrupter of the future idea of a university and its role in society. I argue that there is a much more complex network of actors and discourses at play in the emerging ‘networked university’.

The networked university has the potential to remove boundaries for democratic access. Digital technologies, particularly in a post-pandemic world play a part, but the networked university is not purely digital. A technological deterministic view of access to knowledge and qualifications has already played out with the failure of the massive open online course (MOOC), following the hype of the early 2010s. Moreover, part-time access to an undergraduate degree has declined rapidly despite the huge gains and political will of the post-war welfare state (Matthews & Kotzee, 2020). Technologies are not purely tools to be manipulated but are creating complex policy networks in education (Peruzzo et al., 2022). The networked university is networked within and part of a ‘network society’ as described by Castells (2000) with network flows of production, experience, power and culture across society, often globally. The networked university’s boundaries are porous inwardly and outwardly.

University growth (in number and size) and an increased (networked) public and private responsibility has led to unbundling the nodes of such networks. Consumers will be familiar with unbundling. The package holiday has been unbundled into constituent parts (flights, accommodation, excursions, luggage size, meals, and so on), mobile phone and TV packages are other examples. Wang (1975) saw the same happening to education with teaching, assessment, structure and alumni services all produced as services which consumers ‘bundle’ and pay extra for. An example of university unbundling is the partnering of online programme management (OPM) with universities to not only build courses but also to teach, market and support students (Perotta, 2018). Further unbundling goes to the heart of what it means to be a university and an academic – research and teaching. UK policy and regulatory exercises (the Research Excellence Framework and the Teaching Excellence Framework) converge and contradict to unbundle teaching and research (Matthews and Kotzee, 2022). Degrees are also being unbundled as microcredentials. Online access to information is plentiful but comes with the threat of post-truth and fake news. McCowan (2017) reminds university leaders, administrators and academics not to unbundle so much that we see the end of the university as we know it, and not to accept all forms of change as inevitable.

A more creative and imaginative conceptualisation of the university is needed in the 2020s to tackle unknown futures. We should not fall into a nostalgic view of the elite ivory tower university. Nor should we decry widening access as a factory for the masses to be imbued with a defined social and cultural capital for ‘social mobility’ and economic ends. The future university will build on and be influenced by what has gone before but in new forms. Such networked complexity is a challenge for those researching, leading, studying and working in universities. I argue that understanding and envisioning the future idea of a university is vital to its survival as an influential social institution. Universities in a networked environment need not be unbundled out of existence but can continue to grow as important social institutions for all, playing a key role within participatory democracies.

This post was also published here as part of a blog series related to the HE Education Research Census, a nationwide survey of UK education researchers funded by BERA as part of our ongoing project Education: The State of the Discipline.

Goodhart, D. (2017). The road to somewhere: The populist revolt and the future of politics. Hurst & Company. 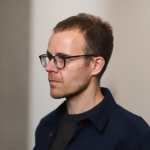 Lecturer at University of Birmingham

Adam Matthews is a lecturer in education, technology and society at the University of Birmingham. Adam works across both Engineering and Physical Sciences and Social Sciences at the university. This allows for interdisciplinary practice in both teaching and research. Adam’s academic background and training is in the Social Sciences, and his research interests focus on the intersection of education, technology and society with the idea of a university. His PhD thesis looked at the discourse produced by universities themselves in the context of education, technology and society. Adam has previously worked in the field of digital education as a writer and designer in a variety of contexts including travel, sports coaching, policing, financial services, media and communications, and higher education. This is still a principal interest for Adam in his teaching practice and he is a keen advocate of digital technologies in education for access and participation. Adam’s own...