The evidence is clear that motivated, knowledgeable and experienced staff are key to supporting children’s development in early years settings (see for example Melhuish, Ereky-Stevens, & Petrogiannis, 2015). Despite its importance, the early years workforce in the UK has long faced a range of challenges including high workloads, low pay, and limited opportunities for training and career progression. The Covid-19 pandemic has exacerbated many of these issues.

The Education Policy Institute and National Day Nurseries Association have together launched a series of quarterly surveys of nursery managers in England, Scotland and Wales, part funded by BERA (see Bonetti, Cottell, Ziolkowski, & Broadbery, 2021). We are seeking to understand the impact that the pandemic is having on the staffing decisions of early years providers in the private, voluntary and independent sectors over the course of a year. Here we report the key findings of the first three surveys, conducted in August 2020, November 2020 and February 2021 respectively.

From March 2020, early years settings were required to close temporarily to all but vulnerable children and the children of key workers; they could later reopen fully in the summer. In response, governments across the UK made available support for the sector which varied by country in approach, generosity and reception (Sibieta & Cottell, 2020). Early years settings’ income comprises a mix of parents’ fees and payments for providing government-funded places, both of which were set to decrease substantially when settings closed. Despite the support provided by governments, income has generally remained below pre-pandemic levels since. Because most of their outgoings are related to employing staff, many nurseries have therefore been forced to consider reducing their staffing costs.

In our later surveys, however, we found that nurseries had placed just six per cent of their staff on furlough between the end of August and November 2020, and 11 per cent between the end of November 2020 and February 2021. In part, lower uptake of the furlough scheme since the first national lockdown in 2020 may reflect the fact that, on average, more children have since been attending childcare (DfE, 2021). An exception to this is that attendance at childcare was restricted across Scotland in January and February 2021. Otherwise, higher attendance led to a rise in income for many settings.

Nevertheless, we found that an average of 28 per cent fewer children were attending the settings we surveyed in England and Wales in February 2021 compared to the same time in 2020, while half of settings in England also told us that fewer children were taking up government-funded places. If this reduction in demand for childcare places is temporary and demand later returns to pre-pandemic levels, the loss of skilled staff that some settings are experiencing could prove costly. Recruiting new staff, especially those with relevant qualifications, might prove difficult, especially in light of the fact that the sector reported difficulties recruiting staff even before the pandemic.

‘If this reduction in demand for childcare places is temporary, and demand returns to pre-pandemic levels, the loss of skilled staff that some settings are experiencing could prove costly.’

We found that staff with lower levels of qualifications were, between March and November 2020, more likely than other staff to have been negatively affected by the pandemic, such as by being furloughed or having their contracted hours reduced. Many of these staff represented the future of the workforce, with some aspiring to upskill within the sector. However, perhaps in response to the changes in pay and job security they have faced, we found in August that those with lower levels of qualifications were more likely to have voluntarily terminated their contracts.

It is becoming increasingly clear that the pandemic will have a lasting impact on the early years sector. If governments are to successfully support early years settings to offer the job security, pay and professionalism that staff need and deserve, they will need to monitor the situation closely and provide support that is proportionate and effective as the situation continues to evolve.

The latest in this series of quarterly surveys of nursery managers in England, Scotland and Wales – The Covid-19 pandemic and the early years workforce: Staffing decisions in an uncertain environment (Bonetti et al., 2021) – has been published today (26 March 2021) by the Education Policy Institute and National Day Nurseries Association. 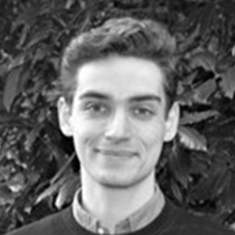 Joshua Cottell recently joined Centre for London after working at the Education Policy Institute (EPI), where he was a senior researcher in the early years team. At EPI he worked on a range of projects, including working in collaboration with the National Day Nurseries Association on a quarterly survey of early education and care providers on the impact of the Covid-19 pandemic on the sector and its workforce. Before joining EPI, Josh worked as a researcher at Coram Family and Childcare, where he led on data analysis for the annual childcare survey, widely regarded as the authoritative source of data on the price and availability of childcare in the UK. In this role, Josh also managed research projects on topics including the barriers to accessing high-quality childcare faced by families, particularly those who are facing disadvantage, in the UK. 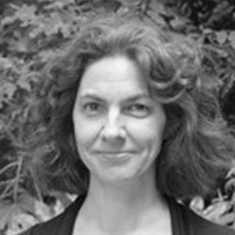 Sara Bonetti joined the Education Policy Institute in July 2017 after completing a doctorate in Educational Leadership with a focus on early childhood education at Mills College in Oakland, California. She spent a decade working in the early years sector in the United States, first as a teacher and then as a researcher for local government and private research institutes. During that time, she led data collection efforts on topics such as funding and workforce professional development, and conducted analyses on areas such as educational leadership and systems integration. Sara’s background includes almost 10 years in the field of international development as a project officer and researcher, specialising in the analysis of credit and insurance markets, land reform, and the interconnection between rural development and education policies.