The Prevent duty (2009, 2011, 2015) is a statutory requirement upon all educational professionals to have due regard to prevent individuals being drawn into terrorism. Criticisms of the Prevent duty have been raised by a number of different academics – by Kundnani (2012), Heath-Kelly et al (2014) and McGlynn and McDaid (2016) among others. These studies have identified the flawed assumptions on which the theoretical grounding of the Prevent duty are based. These include, firstly, the principle that radicalisation is a linear process towards terrorism to which some people are vulnerable. This involves, secondly, an assumed basis of a theological-psychological ideology. Thirdly, the model assumes that it is possible to identify someone on the trajectory towards the act of terror; finally, it assumes that this trajectory can be interrupted by a process of de-radicalisation.

However, despite the large body of work illuminating these assumptions, more attention has been paid to the continued use of this Prevent model to train teachers to identify and prevent radicalisation and extremism among their pupils. Teachers in all schools across the country are expected to have mandatory Prevent training. Although some changes have been made to this training – such as greater inclusion of examples of far-right extremism rather than over-emphasising Islamic examples – it remains firmly based in the model of radicalisation outlined above. In the following, I shall outline some of the assumptions upon which Prevent is based, and identify concerns about the implications this training model may have for those education staff trained under it.

Firstly, Prevent functions from a position of suspicion: that pupils are potential terrorists and must be actively diverted from that trajectory. The Prevent policy is an aspect of CONTEST (2011), the government’s counter-terrorism strategy; therefore, teachers can arguably be seen as having been co-opted into a soft tactical role of counter-insurgency. The risk that this presents for teachers is their inclusion within the security discourse, and the rendering of schools as sites of securitisation (Saeed, 2017: 218).

Secondly, Prevent training for education practitioners assumes the model of ideological radicalisation, which implies that an alternative ideology must be presented to counter the radicalising influence. This alternative narrative, assumed to be capable of interrupting the trajectory, is the teaching of fundamental British values (Spielman, 2017). However, not only do teachers have to ‘actively promote’ these values, but vocal or active opposition to these values is the official definition of extremism (UK Government, 2013). Therefore, teaching these values becomes more a matter of instruction, and a restriction to classroom discussion.

Thirdly, another assumption embedded in the Prevent training model is that it presumes there are signifiers that identify an individual on the ‘conveyor-belt’ towards terror (see for example Cameron, 2011; and his comments in Hansard, 2011: 473). However, these signifiers are based on studies of those who have actually committed or plotted acts of terror, such as is seen in the study by Gartenstein-Ross and Grossman (2009) in which there was no control-study of those who were not terrorists to compare the identifiers against. Factors identified in the Prevent training are in line with those used by the NYPD, and include influences such as expressing extremist opinions or accessing extremist literature. However, the question must be raised as to whether a teacher, after an hour’s online training or even a day with an outsourced provider, is adequately equipped to judge something as being extreme as opposed to, perhaps, religiously conservative (Thomas, 2014). Other identifiers include a student becoming withdrawn from family, peers or social groups – which is a vague identifier for a teacher dealing with teenagers in the midst of adolescence.

Is the teacher to prevent an emerging attitude, or the act of violence?

Another concern to raise with the use of this model for training staff is the lack of clarity about what point in the process of radicalisation is being, or should be, prevented. Is the teacher to prevent an emerging attitude, or the act of violence? These positions relate to two very different stages of the process that is being addressed. To prevent violent extremism being committed is to prevent a potential act of terror; however, to prevent non-violent extremism (as it has been defined since 2011) is to prevent an opinion or attitude being expressed. Therefore, the question of what the prevention pertains to is a challenge faced by many educationalists.

However, the alternative way of seeing Prevent – as promoted by Ofsted – is as an aspect of safeguarding policy (2016: 13). However, this is also arguably flawed. Under the principles of safeguarding, a teacher is to prevent the child from becoming an object of harm, through domestic abuse or bullying for example. However, in terms of Prevent, the child is the source of harm, and therefore the act of safeguarding is to protect all the other students or civilians from that harm. Consequently, the notion of safeguarding as an alternative perspective for understanding Prevent is not necessarily a suitable alternative – despite the fact that many teachers are now being encouraged to see it that way, as noted by Thomas (2017).

Consequently, the training, as something which affects every teacher in the country, needs to take into account the criticisms being advanced in other fields concerning the flawed assumptions of Prevent. Currently, while failing to acknowledge or address these flaws, the training encourages teachers to look at pupils as objects of suspicion, rather than to encourage their wellbeing. 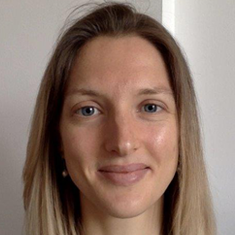 Anna Lockley-Scott is an ERSC-funded PhD candidate at Warwick University, in the Centre for Education Studies. She has eight years’ experience prior to that as a religious studies teacher in London.

In the Wake of Westminster…