In the wake of the Westminster Bridge attack (22/3/2017), teachers around the country face pupils’ questions and attempt to offer explanations that they, like everyone else, are unprepared for. Yet, their ability to create safe space for, facilitate discussion of and mediate such topics, matters significantly, for the understanding of young people and their communities.

The actions of mass-murder by a 52-year-old criminal male, should make an emotional but not complex classroom discussion. Yet his conversion to Islam, and his association with Birmingham, a city of a 22% Muslim population, means discussion of this topic get mixed up with the sensitivity of the Prevent Duty, and thus makes negotiating this topic in the classroom more complex than it should be.

My doctoral research examines the impact of the required duty to prevent extremism made statutory in the Counter-Terrorism and Security Act (2015), whereby teachers must identify and prevent radicalisation. Subsequently, Ofsted (2015) required schools to overtly demonstrate the ability to safeguard against extremism and to promote ‘Fundamental British Values’ (2014) through the curriculum. My research, started in 2015, examines experiences of Muslim pupils in secondary schools in the current environment using interviews, questionnaires and discussions with pupils and teachers in a range of UK schools.

With the dual issues of securitisation and Islamophobia, being a Muslim teenager, born after 2001, has meant a life-time of growing up in a society of mistrust and suspicion. My research uses the methodology of Grounded Theory (Charmaz,2014) to hear the views of Muslim pupils, much discussed in our society, yet rarely asked for or heard. It asks how they negotiate their identity and ideas in this environment. Furthermore, how they can best be supported to grow in confidence, when that confidence is so frequently undermined by the media and political rhetoric.

My research would indicate that many Muslim students develop wariness; self censoring what they say and how it will come across. They are aware that they are perceived as the ‘other’, despite seeing themselves as ordinary teenagers. Similarly, Muslim parents at home are encouraging their children to be cautious, concerned their children might speak and be identified as ‘radical’. Areas of concern include, a daughter putting on a headscarf or wanting a space to pray in school, both normal occurrences in many Muslim teenagers’ lives.  Yet these, in light of the duty to identify extremism, is potentially diagnosed as increased religiosity, a radicalisation identifier (2012).

In the wake of this week’s events, acknowledgment needs to be given to the part played by teachers, in discussing, mediating and explaining these events

From my research data, teachers desire to mediate between the pupils and the outside world, helping the pupils to grow up confidently and holistically. However, in the wake of this week’s events, acknowledgment needs to be given to the part played by teachers of all subjects and age groups, nationwide, in discussing, mediating and explaining these events. Teachers need greater confidence to be able to discuss these issues, not feeling pressure, but rather feel able to open their classroom as a safe space for free uninhibited discussion. Yet, with an environment of anxiety on behalf of both the teachers and, particularly Muslim pupils, this space for discussion is hard to negotiate and create.

Instead of Prevent taking up teacher training CPD hours, my research shows teachers desire to be supported in their ability to facilitate discussion in class. They also want to understand more greatly the needs and sensitivities in the class. Moreover, teachers recognise the risk of making Muslim pupils feel like they are in the spot-light in subjects such as PSHE and Citizenship with over-emphasis on Prevent and even British Values. Although, attempts are made to mention far-right extremism and other forms of religious extremism, radicalisation in our current society is automatically associated and synonymous with Muslims. Events such as Jo Cox (MP)’s murder (16/6/2016) remind society that it is not. However, with the ongoing media rhetoric and the Prevent agenda predominantly associating Islam and radicalisation, it is hard for teachers, despite their best intentions, to either remain free of absorbing this message, or successfully be able to dissipate this message among their pupils. 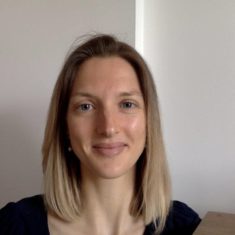 Anna Lockley-Scott is a ESRC funded doctoral research student at the Centre for Education Studies, University of Warwick. She was formerly a Religious Studies and Philosophy teacher for eight years, including being Head of Department, in London schools. In the wake of the Trojan Horse Inquiry and an increasing link between schools and securitisation, she uses experience of the classroom and teaching in Muslim majority schools, to ask questions concerning the impact on Muslim pupils of Prevent and other government strategies preventing non-violent extremism. Anna will be explaining more about her research at the BERA conference in September 5th-7th, University of Sussex.

What if east Asia’s high achievement is not the result of longer hours of study, cram schools, and exam pressure?