Not all young people get to access arts programmes. For those who do, the benefits have been widely recognised (de Roeper & Savelsberg, 2009; Catterall, 2012). However not all young people experience similar pedagogies or benefit in equal measures. My research questioned claims for the assumed benefits of arts programmes for young people under deficit labels, such as ‘dis-engaged’. It highlighted a hierarchy of pedagogy for differing groups of young people which was dependent on where they accessed the programmes. Access to arts education was socially streamed, which served to reinforce educational inequalities and demonstrated that often the most disadvantaged young people receive the weakest arts programmes.

The programme explored in my doctoral study was the Arts Award, a nationally recognised qualification for young people aged 11–25. The particular focus of my research was the experiences of young people who are regarded as ‘dis-engaged’ from mainstream education. Ethnographic case studies were conducted in five different ‘youth’ projects spanning informal education, alternative education and further education contexts. The Arts Award was praised for its ‘exemplary pedagogy’ in a recent impact study (Hollingworth, 2016). However, my research found that there were variations in pedagogical practice, particularly in relation to young people taking up the programme as part of inclusion initiatives.

Positioned as a bridge spanning both vocational and academic practices – from high art to the creative and cultural industries, from elite to alternative schooling – the Arts Award has the potential to address issues of distributional justice. However, as my study found, assumptions around what kinds of education are ‘vocational’ as opposed to ‘academic’, and the social streaming of young people in these directions, had an adverse effect in this regard. Cultural knowledge was often misrecognised as artistic talent, whereas others were deemed unsuitable to an ‘academic’ curriculum.

I found that there were varieties in pedagogical practice for different groups of young people. ‘Dis-engaged’ young people were more likely to receive didactic teaching instruction and low-level work. Frequently, they were assigned more passive learning roles with little scope for interaction, within a more tightly controlled environment in which behaviour was monitored. The most extreme example of this was in alternative education settings, whose logics of practice of control and monitoring are derived from a misrecognition of young people’s behaviour and assumed academic ability (Thomson & Pennacchia, 2015).

A hierarchy of pedagogy?

The unquestioning acceptance of particular pedagogies within arts education serves to reproduce inequality. Within this study a hierarchy of pedagogy was visible, with more working class or ‘dis-engaged’ young people being offered not only different arts participation and learning, but also being ‘taught’ differently. My research demonstrates that at the lower end of the hierarchy, particular groups of young people experienced the pedagogy of poverty (Anyon, 1980; Haberman, 1991). More ‘dis-engaged’ young people were programmed lower-level work and were ‘taught’ differently, which reduced opportunities for learning. Disadvantaged learners, it is argued, tend to accumulate disadvantage, and miss out on or fail to convert their cultural capital within higher education (Bourdieu, 1984).

While the Arts Award is tasked with broadening access to the arts and culture for a wide range of young people, this study demonstrated that the pedagogies of particular sites can have an adverse effect on ‘inclusion’. This argument is contrary to the award’s aim to ‘include’ everyone, and to the previous study (Hollingworth, 2016), which claimed that the award benefitted all young people in some way. Issues of equity can be raised, as my research demonstrated that the most disadvantaged young people received the weakest offer. Future arts education programmes should consider both the conditions required to enact the doxic narratives of inclusion and access, and what a universal arts education offer would look like.

This research was funded by the University of Nottingham.

Frances Howard’s review of the book, Inclusion and Intersectionality in Visual Arts Education (2019, edited by Kate Hatton) is published in the new issue of the Curriculum Journal. 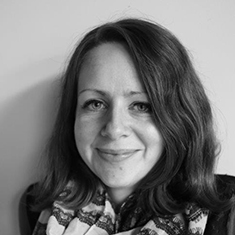 Dr Frances Howard is Course Leader for BA (hons) Youth Studies at Nottingham Trent University. She has previously worked in local authorities, arts education and youth work and continues to conduct research on young people, youth work, the arts and popular culture. Frances' first monograph is forthcoming with Policy Press: Global Perspectives on Youth Arts Programs - how and why the arts can make a difference (2022).