Young people in the UK are less likely to study a language in upper secondary school than their European peers, and not just because they already speak English (European Commission, 2017). In fact, there are more young people across Europe who learn two languages than their counterparts in the UK who learn one. However, there are differences in uptake across the UK which come down to policy decisions – either directly related to language learning, such as the 2004 Labour government’s decision to remove languages as a compulsory GCSE subject, or those producing unintended consequences – for instance, accountability measure changes such as Progress 8 in England.

Our analysis of GCSE and A-Level uptake across England, Northern Ireland (NI) and Wales, shows differences in the numbers of students studying languages overall, and in which languages they study (see Henderson & Carruthers, 2021). Wales has the highest overall GCSE uptake, primarily because most young people take Welsh, although foreign language uptake is weaker than elsewhere. This too is clear evidence that strategic policy intervention matters.

Why is foreign languages uptake higher in NI?

Looking at the proportion of the cohort entered for GCSE and A-level foreign languages (French, German or Spanish), NI performs better than England and Wales. Our research points to the influence of different post-14 school-level policies. Some NI schools have made languages quasi-compulsory, whereby GCSE French, German, Irish or Spanish is taken by all or most pupils. In such cases, school-level policy improves continuation to A-level or higher education.

Who is more likely to study a language?

Our research found stark differences in uptake across school types. All grammar schools have languages uptake at GCSE. The proportion of entries for GCSE languages is equivalent to 80 per cent or more of the pupil cohort in more than two-thirds of this school type. In the non-grammar sector, 22 per cent of schools have no GCSE languages uptake and the maximum size of the cohort entered for GCSE at any non-grammar school is equivalent to 80 per cent of the pupil cohort. At A-level, only three per cent of grammar schools have no students studying languages, compared to 56 per cent of non-grammar schools. Media coverage following the publication of the British Council (2019) Language Trends (NI) report made much of one school having no pupils studying a language for GCSE or A-Level, but this situation is relatively common. Uptake variations are even more stark if we look at schools with more socio-economically disadvantaged intakes. At A-level, our figures show problems of critical mass across all schools, but a disproportionate share of small, vulnerable cohorts in schools catering for the most disadvantaged pupils.

Why does it matter?

Given the personal, cultural and economic benefits associated with language learning, it is vital for social mobility that all young people have a realistic chance of learning a language. A core aim of the Entitlement Framework (Education (NI) Order 2006 (articles 18–22)) is ‘to provide access for pupils to a broad and balanced curriculum to enable them to reach their full potential no matter which school they attend or where they live’ (DENI, 2017).

‘Given the personal, cultural and economic benefits associated with language learning, it is vital for social mobility that all young people have a realistic chance of learning a language.’

What can we do?

Important policy measures targeted at improving uptake have been implemented in Scotland, Wales and England but not in NI – for instance, the ‘1+2’ policy in Scotland. In NI, several measures that could improve uptake among socio-economically disadvantaged pupils would also raise uptake more widely.

There is now good evidence that targeted pupil-engagement programmes have positive effects: a pilot Ambassadors and Mentoring Scheme (2019–20) funded by the Arts and Humanities Research Council [AHRC] across the UK, including in Northern Ireland through the Open World Research Initiative, demonstrates noticeable benefits for uptake at A-level (Tinsley, 2021). Similar schemes have already been funded in Wales and England. We welcome the Department of Education’s (DE) decision to fund a similar scheme, led by the Northern Ireland Centre for Information on Language Teaching & Research (NICILT) in partnership with undergraduates from Modern Languages at Queen’s University Belfast to support and mentor pre-GCSE pupils in non-selective schools to continue language learning.

There is a history of ‘severe grading’ in languages in comparison to other subjects. Indeed, Ofqual has elected to adjust GCSE French and German grading for England. In 2019, DE commissioned CCEA Regulation to conduct a review of GCSE and A-level content and grading in NI. Although no decision has yet been published, we welcome the current focus by NI policymakers on this issue.

Working both locally and nationally, the Modern Languages Priority Area Leadership Fellowship team will continue to advocate for implementation of other proposals contained in Towards a National Strategy for the UK: Education and Skills to ensure that young people across the social spectrum benefit from the intercultural skills that come with learning a language.

Our current research aims to understand better the relative importance of factors influencing young people’s decisions about language continuation. We have conducted a survey of more than 1,200 young people to help us identify areas for further targeted intervention. While there is no silver bullet to improving uptake, the evidence shows strategic interventions – such as schemes to motivate and support pupils – can make a difference. Nonetheless, we know that policy matters in achieving sustainable improvements. Reducing the significant inequalities in language learning will require policy interventions which are informed by a full range of evidence, not least the valuable perspectives of young people. 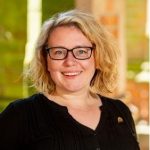 Leanne Henderson is a lecturer in education studies in the School of Social Sciences, Education and Social Work at Queen’s University Belfast. Her research centres on young people’s educational trajectories and transitions. She was postdoctoral research fellow on the Arts and Humanities Research Council’s Modern Languages Leadership Fellowship Language Policy project 'Foreign, indigenous and community languages in the devolved regions of the UK: policy and practice for growth', led by Janice Carruthers, where her research engaged with young people to understand the factors influencing uptake of modern languages qualifications in the UK. Leanne has experience as a French teacher and head of modern languages at secondary level. 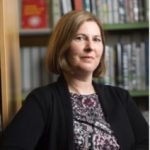 Janice Carruthers is Professor of French Linguistics and Dean of Research in the Faculty of Arts, Humanities and Social Sciences at Queen’s University Belfast. She was Priority Area Leadership Fellow in Modern Languages with the Arts and Humanities Research Council from 2017–21. Janice has led large research projects including the Queen’s strand of the Arts and Humanities Research Council-funded Open World Research Initiative project Multilingualism: Empowering Individuals, Transforming Societies, working with partners in Cambridge, Nottingham and Edinburgh. Her publications are in French linguistics (particularly temporality, orality, variation, corpus linguistics, sociolinguistics) and language policy in relation to foreign, indigenous and community languages in the UK.

All from this series
Digital futures in Northern Ireland: Beyond a virtual reality?

A closer look at the Future Schools Toolkit

Why family engagement is crucial for schools and children