Citizenship education is intended to foster civic and political participation by encouraging students to critically reflect on and challenge established attitudes, values and behaviours (Niens, O’Connor, & Smith, 2013; Smith, 2003). Within post-conflict divided societies, the implementation of a citizenship curriculum is a unique and challenging endeavour. This blog post is based on the article, ‘Lessons learned from 10 years of citizenship education in Northern Ireland: A critical analysis of curriculum change’, published recently in the Curriculum Journal (O’Connor, Anderson Worden, Bates, & Gstrein, 2019). The article examines the evolution of citizenship education at a time of political and social change, and analyses reflections from 10 key stakeholders involved in its implementation and development. Its findings provide critical insights into both the inception and legacy of the citizenship curriculum, and the change factors necessary for an improved curriculum going forward.

The Good Friday agreement (1998) paved the way for a radically new approach to education in Northern Ireland. When local and global citizenship (LGC) was introduced to the statutory curriculum in 2007, it was a pioneering commitment to fostering bonds and bridges in a post-conflict divided society, notably in an education system in which approximately 93 per cent of students are segregated by religion, academic ability and social class. The addition of LGC to the curriculum aimed to prepare students for life in an increasingly diverse society. Aware that notions of identity and nationhood were profoundly problematic in societies emerging from conflict, the citizenship curriculum was designed to focus more on universal concepts of diversity, democracy, tolerance and non-discrimination (Niens, O’Connor, & Smith, 2013).

‘Aware that notions of identity and nationhood were profoundly problematic in societies emerging from conflict, the citizenship curriculum was designed to focus more on universal concepts of diversity, democracy, tolerance and non-discrimination.’

Initial aspirations for citizenship education have remained largely unfulfilled in Northern Ireland, which has affected its academic credibility among pupils and teachers. Stakeholder interviews revealed the complexities involved in education change in post-conflict societies and offered explanations of why initial enthusiasm abated in the decade that followed. Informed by Fullan’s model of change (2013), our study considered the contextual characteristics, embedded local influences and external factors underpinning the inception of LGC and how the shifting emphasis of these impacted its evolution and eventual position in schools.

Contextual characteristics refer mostly to the clear need that existed for LGC’s inclusion in the curriculum. Education addressing social, political and cultural issues was welcomed in this time of political change. Its implementation garnered support and interest from policymakers and educators, and received liberal mainstream funding. The assessment of LGC has been a contentious issue. Stakeholders were wary of applying mechanistic forms of assessment to citizenship education, but agreed that appropriate evaluation tools could help to reinforce its academic status within the wider curriculum. Additionally, LGC has not undergone the same rigor of statutory inspection as other subject areas. The shortfall in training for school principals in citizenship education was a noted oversight, and it was agreed that both principal and teacher training would have to be revitalised in any reformulation of the curriculum. External factors referred to the role of government in influencing its inception. Initial optimism for this educational change and the lack of restrictive interference from politicians in shaping the curriculum were acknowledged. However, the repurcussions of an absent government – collectively over more than half of the lifespan of the new curriculum – have undoubtedly had negative consequences, with major decisions on, and priorities for, education incomplete or only partially fulfilled. Growing frustration with politicians could, however, reinforce the need for citizenship education and reinvigorate a degree of political buy-in for the subject area.

There is no doubt that citizenship education has an important place within the curriculum, particularly in times of political upheaval. Following three years of a collapsed government in Northern Ireland and, arguably, at a time in which it is of utmost relevance, the diminished status of citizenship education in schools has created a significant gap in young people’s acquisition of political literacy. Reflection on the implementation of this curriculum, and on what these stakeholders suggest for future developments, lays a strong foundation to inform and shape citizenship curriculum in Northern Ireland.

This blog is based on the article ‘Lessons learned from 10 years of citizenship education in Northern Ireland: A critical analysis of curriculum change’ by Una O’Connor, Elizabeth Anderson Worden, Jessica Bates and Vanessa Gstrein, published in the Curriculum Journal. 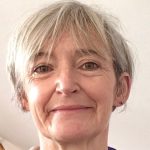 Dr Una O’Connor is a senior lecturer, based in the UNESCO Centre, School of Education, Ulster University. Her teaching and research focus on improving educational outcomes for children and young people, with a particular emphasis on social inclusion, community cohesion and policy reform. Her most recent work includes research on the relationship between political literacy and citizenship education and the role of Community Conversations in providing voice to communities on issues affecting them. She has also undertaken extensive research on special educational needs in Northern Ireland, recently completing a longitudinal secondary data analysis of pupils with special educational needs. She is a senior fellow of the Higher Education Academy. 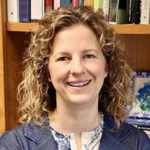 Elizabeth Anderson Worden is an associate professor of education at American University in Washington, DC. She is a comparative and international education scholar who examines how governments foster identities and belonging through education during social and political transition. Her current project focuses on teacher agency, citizenship education and the legacy of educational reform in post-conflict Northern Ireland. Dr Worden’s book National Identity and Education Reform: Contested Classrooms (published in 2014 by Routledge) examines these issues in the context of post-Soviet Moldova. Her work has appeared in Comparative Education, Journal of European Education, Globalisation, Societies, and Education, and Comparative Education Review. Her work has been funded by organisations such as the US–UK Fulbright Commission, IREX and Ulster University. 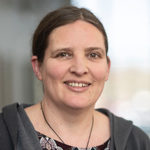 Dr Jessica Bates is a senior lecturer in the School of Education, Ulster University (UU) where she undertakes research across education and library and information science. Her research interests relate to education and information policy, stakeholder engagement, and information access and social inclusion. She is part of the UU UNESCO Centre team that has undertaken the Future Schools project. This built on her previous Community Conversation work with local communities across Northern Ireland about education provision in their area, and with Dr Una O’Connor Bones she developed a Community Conversation Toolkit for use in this work. She recently undertook a review of prison library services in Ireland, and has been engaged in research into citizenship education and political literacy among young people in Northern Ireland. Her research has been published in key international journals in education and library and information science. 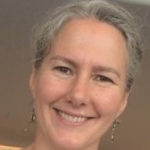 Vanessa Gstrein is a postdoctoral researcher at the School of Applied Social and Policy Sciences at Ulster University. Vanessa has held senior management positions in the Australian Public Service, and the not-for-profit and higher education sectors. Her research interests include public policy, policy change theories including policy transfer, and comparative drug policy. Vanessa’s PhD, awarded in 2019, examined the challenges and barriers to replicating policy on drug consumption rooms in Australia and Canada. 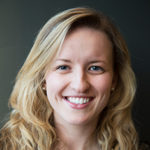 Dr Jayne Finlay is a research associate in the School of Education at Ulster University, where she undertakes research across the areas of education and library and information science. Her PhD examined user engagement with prison libraries across the UK and Ireland and she continues to work to improve library and education access to people in prison. She teaches on the Library and Information Management programme at Ulster University and is also a qualified library and information professional, with experience of working in academic libraries. She is an associate fellow of the UK Higher Education Academy.

A closer look at the Future Schools Toolkit