Research concerning the intersections between early childhood education and subjectivities has been ubiquitous (see for example, Olmedo & Wilkins, 2016; Ritchie, 2008); yet despite prominent exceptions (for example, Robinson & Davies, 2016), little of this research has concerned gender and sexuality.

Canada is a prime context to explore such queries as it was one of the first countries to legalise same-sex marriage (in 2005 compared to 2014 in the UK) and in 2017 added gender identity and expression to its Human Rights Act. Children in Canadian classrooms are the children/friends/neighbours of people in same-sex marriages, and they are ostensibly citizens in a context that values diversity and inclusion. To contribute to an international conversation that can forward robust understandings of diversities and education, we here share findings from a critical discourse analysis of Canadian programmatic kindergarten curricula (Malins, 2017) that focused on gender and sexual identities and their configurations. Note that in Canada each province or territory governs education. Kindergarten, which can begin as early as age 3.8 years, signals school entry, although this is optional in most jurisdictions.

The findings of Malins’s (2017) critical discourse analysis suggests strategies that can broaden gender and sexual subjectivities for children; these include the call for curricula to do the following.

All curricula produce subjectivities related to gender and sexuality; the question is: what are these subjectivities and how do they relate to contemporary movements towards more expansive options for people? Canadian programmatic curricula remain mired in old thought and affect. What about curricula from other countries? Our hope is that this blog entry can spark conversation that forwards efforts to break gender stereotypes and expand identity options, globally. Given that quality education and gender equality are among 17 sustainable development goals promoted by the United Nations (2015), their role in education, particularly early childhood education, requires international attention.

This blog was originally published, in a slightly different form, by the Education and Development Forum (UKFIET).

United Nations. (2015). #Envision 2030: 17 goals to transform the world for persons with disabilities. Retrieved from https://www.un.org/development/desa/disabilities/envision2030.html. 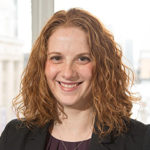 Pamela Malins, assistant professor in education at the University of New Brunswick, explores early childhood curriculum, literacies and identities. In particular, she is interested in the meaning-making opportunities afforded to young children to explore gender and sexual identities. Her most recent research involved a critical discourse analysis of kindergarten curricula across Canada to investigate the ways that these documents include and configure gender and sexuality to support educators in including and addressing diverse identities with young children. Other research has involved work with elementary educators in Ontario regarding their experiences addressing diverse identities in conjunction with the literacy and health curriculum documents. She is well published in a variety of sources including The Conversation Canada, the Teaching and Teacher Education journal, and an online resource with Bloomsbury Education and Childhood Studies, and spent several years working with... 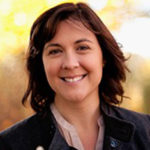 Rachel Heydon is a professor at the Faculty of Education at Western University where she studies early childhood curricula, literacies and educator professional learning. Some of her recent projects include serving as Canadian editor for Bloomsbury Education and Childhood Studies, co-director of the Provincial Centre of Excellence for Early Years and Childcare, and principle investigator for a Social Sciences and Humanities Research Council-funded study of intergenerational multimodal curricula. 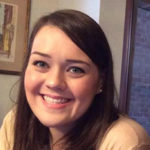 Emma Cooper is an instructor at Memorial University, and researches in the areas of elementary curriculum studies, multimodal literacy pedagogy and social semiotics. Her most recent research examined how or if elementary students were receiving support to meet the semiotic demands placed on them within classroom curricula. Recent publications include an examination of Canadian initial teacher education (early childhood education) and the inclusion and marginalisation of youth in Bloomsbury Education and Childhood Studies, and a co-authored chapter on familial inclusion in early childhood pedagogy.