At the time of writing, as we move through the Covid-19 pandemic, most children in the UK have been away from school for nearly half a year, no end-of-year public examinations have taken place, and many children have benefited from new, creative approaches to online learning at home. Such times are unprecedented in terms of schooling and, as yet, the future continues to look far from certain. Perhaps this is a unique opportunity for us to rethink the purpose and practice of English education in a way that has not happened since the 19th century.

‘We have an opportunity to rethink the purpose and practice of education. I suggest that we draw inspiration from English local education authority music services and their focus on authenticity of musical experience for young people.’

If such a rethink were to take place, I suggest that we could draw inspiration from the work of English local education authority music services, which came into being in the second half of the 20th century. Crucial to the success of music services’ work is the fact that, since their inception, they have retained, at the heart of their philosophy, a focus on authenticity of musical experience for young people. So, for example, as soon as the Birmingham Music Service created the Birmingham Schools’ Symphony Orchestra in 1964, the orchestra began to give public performances in professional musical settings such as Birmingham town hall. Furthermore, a little later in its history, the service established a regular pattern whereby professional musicians – from the City of Birmingham Symphony Orchestra and elsewhere – worked alongside the city’s young instrumentalists.

This kind of authenticity in learning has continued to be a hallmark of English music services right up to the present day. Ciaran O’Donnell, the head of Birmingham Music Service, spoke to me in 2018 about the partnership he had established with South and City College to enable Birmingham’s young rock musicians to avail themselves of the college’s authentic rock performance venue – a stage with tiered seating, along with professional lighting and recording equipment. ‘The Service has always been concerned with providing authentic musical experiences,’ said O’Donnell, ‘so that we are replicating the music profession for our students. And performing in appropriate venues is a large part of that’ (Loane, 2020: 165).

As part of the move, during school closures, towards home learning, the BBC has been providing authentic learning opportunities in the form of online, interactive lessons led by experts. So, for example, Sir David Attenborough could be seen leading sessions on natural history, and Professor Brian Cox leading sessions on gravity and the solar system (BBC, 2020) – just as Simon Rattle and Georgie Fame shared their musical expertise with Birmingham’s young musicians during the 1980s and 1990s.

Mick Waters, in Thinking allowed: On schooling, describes a range of authentic learning experiences which he had witnessed in schools around the country.

‘From the school in Bradford with its splendid garden to the school in Cornwall with its farm, … to the school in Stockport that has produced a full-scale film depicting local history, to the schools that produce newspapers, websites and exhibitions for their communities to enjoy. They all know that authentic learning strikes a chord. (Waters, 2013: 207)

The fact that Waters’ comments close with a musical metaphor is, I believe, highly appropriate, since English instrumental music teaching, as described above, could provide an inspiring model for all of us in developing strategies for authentic learning in different areas of the curriculum.

Loane, C. (2020). Improvising on a Theme: The story of the Birmingham Music Service. London: UCL Institute of Education Press. https://www.ucl-ioe-press.com/books/education-policy/improvising-on-a-theme/ 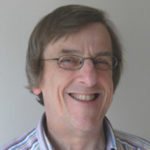 Following his graduation from Goldsmiths’ College, University of London, Cormac Loane worked as a saxophone player ‘on the boats’ and at Blackpool’s Winter Gardens during the late 1970s. In 1980 he started his career in music education, teaching woodwind instruments for music services in the London area, including the Inner London Education Authority. He was appointed head of woodwind for the Birmingham Music Service in 1984, and was later promoted to deputy head of service. In 1986 he established the Birmingham Schools’ Jazz Orchestra, which went on to perform with some of the country’s leading jazz musicians including John Dankworth and Georgie Fame. Following his retirement from the Birmingham Music Service in 2013, Cormac resumed his career as a jazz saxophonist, and continued to teach on a part-time basis for music services in the West Midlands. He is co-author of the series of music tutor books, Team Woodwind, and author of Improvising on a Theme: The story of the...