Last year I conducted a research project with 12 early-career primary teachers. While exploring their sense of purpose, I found that many teachers were driven by a commitment to preparing their students for the future. This is perhaps unsurprising, considering the post-2010 policy emphasis on traditional values in education (DfE, 2010), and the tendency of traditional pedagogies to ‘prepare the young for future responsibilities and success in life’ (Dewey, 2015, p. 18). In this blog post I reflect on how this purpose might be sustained (or challenged) when the future is suddenly interrupted or changed, as it has been now by Covid-19.

Playing devil’s advocate, in the pre-Covid-19 world, I used my role as researcher to challenge my participants’ attachment to the future. I attempted to introduce scenarios that troubled normative constructions of education as preparation for the future. Teachers, however, remained steadfastly attached to the future.

Researcher: Cause if you literally […] think perhaps next month there’s going to be a full-scale communist revolution and nobody’s going to be allowed to use computers anymore because they decimate the workforce or whatever and everybody’s got to go back to farming the land, if you actually believe that anything could happen, then is there any point to doing this?

Jemima:* Oh wow. I see. No. There is still a point, I don’t think that’s gonna happen.

Rather than imagining a pedagogy founded in the present, Jemima rejected any possibility of large-scale change. However, her response – that the future is knowable and predictable, so such counterfactuals can be ignored – suddenly appears problematic in the world of Covid-19.

The example of seriously ill children also troubles normative understandings of the purpose of education as a preparation for future success.

Researcher: So I had a mentor in my first school who worked in a hospital school […] You know, they’d been diagnosed with a terminal illness […] So that that wasn’t their future for them. So sometimes I like to think that made me think about the – you know how, how much that future weighs over the present, if that makes sense.

Isabella: In the case that you spoke about, children that don’t have a future in a sense, that’s because they’re very poorly then I would say the focus would change to them enjoying the moment and being creative and imaginative so they’re enjoying the life they have now.

Isabella, when compelled to confront the knowledge that a long-term future is not possible for some children, advocates a major differentiation between their education and the education of children with a more normative life trajectory. Such a differentiation seems problematic since the advent of Covid-19, as it becomes less possible to predict who can expect to have a long and healthy life. I would argue that current conditions compel educators to remember how important it is to ensure that all children have access to a creative and enriching curriculum.

Preparation for future success was not only understood as being academic in nature, but also holistic, preparing children to be virtuous citizens in future society:

Bethany: The thing is […] they can get away without some of the things now. So I’m thinking of a particular guy who, we’re just focussing on not hitting people when we say something they don’t like. […] He’s not gonna have any friends now if he keeps doing that. But in the future he’s going to get put in jail! Yeah!

Bethany’s argument is that social skills taught now are important because they will be necessary in the future. However, such arguments forget that ‘we must give students experience with these values and why they matter now’ (Frank, 2019, p. 27). This is not only because the distant future may never arrive, but also because improving people’s quality of life depends on individuals practising virtuous behaviour in the now. In times of crisis, improving the quality of present conditions suddenly becomes even more important, as opportunities become restricted and human relationships are tested.

Preparing children for the future is important, but to do so ‘at the cost of limiting the rights [that] “real” citizens are allowed’ (Edelman, 2004:11) is damaging: an ideal future should not cost children an enjoyable and enriching education in the present. The Covid-19 crisis offers an opportunity to reconsider assumptions around education and temporality, calling on educators to foreground the importance of the present in their pedagogy.

‘This blog is drawn a longer article that is scheduled to be published in a forthcoming issue of Forum (62[3], Autumn 2020).’ 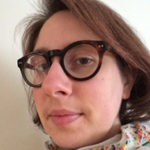 Dr Kathryn Spicksley is interested in discourse and identity, and uses innovative research methods to explore how teachers talk about their lives and worlds. She is particularly interested in corpus-assisted discourse analysis as a method for understanding how teachers are positioned in wider cultural and political debates. Kathryn's PhD, 'New faces and changing places: Discourse, identity and early career teachers in multi-academy trusts' was completed at the University of Worcester and won the BERA Doctoral Thesis Award 2022. In January 2023, she takes up a British Academy Postdoctoral Fellowship at Oxford Brookes University. Her project seeks to facilitate meaningful dialogue around professional identity between early career teachers and their mentors.

The language that affirms gendered violence in schools