From 2010, the Conservative–Liberal Democrat coalition began to reassess the teaching of history in schools across the key stages of the national curriculum in England and Wales. After consulting a range of advisers, including several high-profile academics, the updated national curriculum for history was published in September 2013 under the direction of the then minister for education, Michael Gove. Following this there appeared another document in November 2013, Improving the spiritual, moral, social and cultural (SMSC) development of pupils (DfE 2013), for the independent sector, free schools and academies, and, in November 2014, Promoting fundamental British values as part of SMSC in schools, for the maintained sector. The two documents highlight the obligation upon teachers to promote British values, especially in the maintained sector where the document was linked to the new national curriculum.

As a former history lecturer and academic now undertaking my teacher training via Schools Direct to obtain qualified teacher status, I was fascinated by the creation and promotion of ‘values’ in schools and how the amended curriculum engages with British history. Now in my third year of teaching, I have found during my training, placement, other school visits, and discussions with colleagues and trainers that there has been little or no guidance for the promotion of British values beyond listing the values. This appears to be rather astonishing given that government policy makes teachers the custodians of these values for the next generation of Britons. The values were assembled as a response to the perceived risk to British culture posed by extremist elements due to multiculturalism and several other factors. Unfortunately, the meaning of the values is imprecise and contested, and the initiative to implement them places a burden of responsibility upon teachers without government offering them clear direction on how they should be used or how they produce genuine British citizens.

‘The political motivations for Gove’s changes to the national curriculum have led to a narrative of British history that separates it from the wider world, and in the process excludes a sizeable minority of pupils whose families originate from beyond Britain.’

In my article, ‘Confusion, contradiction and exclusion: the promotion of British Values in the teaching of history in schools’, published in The Curriculum Journal, I explore the manifest tensions of using teachers to promote British values without training. Moreover, the article assesses the both confusing and ambiguous nature of these ‘British’ values, as well as their contradictory connection to the new triumphalist and old-fashioned vision of British history as promulgated in the Govian national curriculum. The political motivations for these changes have led to a narrative of British history that separates it from the wider world, and in the process excludes a sizeable minority of pupils whose families originate from beyond Britain. The national curriculum reforms of 2013, therefore, do not truly address the needs of education in history, nor do they excite the interest of many pupils – particularly those who feel excluded from Britain’s current past story. The values that are to be promoted may well have been a genuine attempt to augment a shared national identity in a society that is increasingly diverse, but their connection to the history curriculum potentially hampers inclusion and could be divisive. Crucially, as a trainee teacher one finds the promotion of SMSC to be a contradictory, confusing and slightly baffling exercise which can be surprisingly difficult to embed into lessons, and distastefully exceptionalist. The continued implementation of the Govian reforms to the national curriculum discourages pupils from studying history, due to the government’s version and vision of Britain, at a time when the globalised world is moving towards greater connections and a recognition of multiple pasts.

This blog post is based on the article ‘Confusion, contradiction and exclusion: the promotion of British Values in the teaching of history in schools’ by Andrew Mansfield, which will shortly publish in the Curriculum Journal. 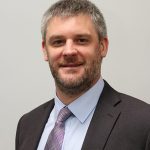 How much the price for inclusion in the English secondary history curriculum?