Agreed in 2015 by the member states of the United Nations, the 17 Sustainable Development Goals (SDGs) are the primary international instrument ‘to end poverty in all its forms everywhere’. The SDGs have a 15-year lifespan to 2030 and there is near-universal endorsement of their agenda from governments, development ministries, international non-governmental organisations, and civil society organisations. The global education sector across the European Union is heavily invested in the success of the SDGs, particularly SDG target 4.7 which aims to ‘ensure that all learners acquire the knowledge and skills needed to promote sustainable development’. This blanket consensus that the goals deserve our support and should be central to our practice probably explains why there was a muted response from the development sector to a withering critique of the SDGs by Philip Alston, the outgoing UN Rapporteur on Extreme Poverty and Human Rights (Alston, 2020).

Central to Alston’s critique of the SDGs is their reliance on the flawed World Bank’s international poverty line (IPL) of $1.90 a day as a barometer of poverty, which he rightly judges to be too low a level to support a life of dignity consistent with basic human rights (2020, p. 4). Using the IPL measure means that even if the SDGs are met, billions of people will still face serious deprivation as the poverty line represents at best ‘a bare subsistence’ (Alston, 2020, p. 10). Alston also argues that the SDGs fail to frame their targets in the context of human rights, suggesting that ‘there is not a single reference to any specific civil and political right, and human rights in general remain marginal and often invisible in the overall SDG context’ (Alston, 2020, p. 11). Furthermore, Alston found the evaluation method through the annual SDG High-Level Political Forum to be a weak monitoring instrument, suggesting that the goals are characterised by their ‘voluntary nature’, ‘bland reports and colourful posters’ (Alston, 2020, p. 13).

Perhaps the UN Rapporteur’s most damming criticism of the goals and the main reason why they will not be achieved by 2030 is their adherence to the same pro-growth, neoliberal model of development that underpins most of the problems that the SDGs are trying to address, including climate change. For example, SDG 8.1 aims to ‘sustain economic growth’ with a target of a 7 per cent increase in Gross Domestic Product in least developed countries by 2030. How is that position consistent with SDG 13 which seeks ‘to take urgent action to combat climate change’? ‘Traditional pro-growth policies’, argues Alston (2020, p. 15), ‘can have devastating effects on the well-being of poor people and the state’s capacity to reduce poverty’. Alston stops short of calling for the SDGs to be abandoned, but suggests they need to be ‘recalibrated’ and ‘revitalised’.

‘Perhaps the UN Rapporteur’s most damming criticism of the goals and the main reason why they will not be achieved by 2030 is their adherence to the same pro-growth, neoliberal model of development that underpins most of the problems that the SDGs are trying to address, including climate change.’

Poverty is a political choice

Do those responsible for the goals, however, have the agility, flexibility and resolve to change their methodology mid-stream, especially when so many of the SDGs’ multilateral sponsors are married to the high-growth imperative that is driving inequality? Even more challenging, can they do it during a health pandemic and climate emergency? Before the pandemic, Antonio Guterres, Secretary-General of the UN, said that the goals were ‘seriously off-track’ (Guterres, 2019) and post-Covid-19 progress towards the goals is likely to slow even further.

The challenge for global educators is to start critically interrogating the goals and questioning the development paradigm that underpins them. This means adopting a more overtly political approach to poverty eradication and calling out policymakers for decisions that exacerbate inequality such as the cut to the UK aid budget and increase in defence spending (Wintour, 2020; Sabbagh, 2020). As Alston suggests, ‘poverty is a political choice and will be with us until its elimination is reconceived as a matter of social justice’ (Alston, 2020, p. 19). 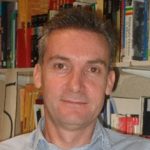 Director at Centre for Global Education

Stephen McCloskey is director of the Centre for Global Education, a development non-governmental organisation based in Belfast that provides courses, resources and seminars on international development issues. He is editor of Policy and Practice: A Development Education Review, an online, open access, peer-reviewed journal funded by Irish Aid which has been in publication since 2005. He is co-editor of From the Local to the Global: Key Issues in Development Studies (2015, London: Pluto Press) and editor of Development Education in Policy and Practice (2014, Basingstoke: Palgrave MacMillan). He manages education projects for Palestinian refugee children in the Gaza Strip and Beirut, Lebanon and regularly writes on a range of development issues for books, journals and online publications.

Building a curriculum for a sustainable future, democratically