As changes in the curriculum appear on the horizon it is essential for teachers and school leaders to engage critically and constructively with the opportunities and tensions that emerge. Teachers are used to making both reactive and proactive decisions, and those needed to put curriculum into action are no exception. This blog post is based on a workshop given at the British Curriculum Forum event ‘Re-imagining a curriculum for teacher knowledge’, held in February 2019.

The terms ‘mentoring’ and ‘coaching’ are used differently across different cultures, professions and settings. In the UK, however, the mentoring of teachers is usually associated with induction at a career-entry stage (or associated with advancing up a career ladder). Most mentors have gained experience in the role that their mentee now occupies or is aspiring to and can offer clear advice, and will support target-setting against, and often pass judgement in relation to the achievement of, standards established by an external agency (such as standards for qualified teacher status). Coaching tends to be considered as being more about personal professional development: the coach might support their coachee by asking them questions that facilitate reflection and greater self-determination (Campbell & van Nieuwerburgh, 2017). What both have in common is that they can create a productive space for professional conversations (Lofthouse & Thomas, 2017), and that is where their potential lies in terms of teachers’ engagement with curriculum.

In these conversational spaces, a starting point would be a discussion related to the positionality of the teacher or school leader in relation to curriculum. Teachers might be expected to be consumers and delivers of curriculum frameworks, the aims, objectives and content of which are largely defined by others. Teachers might be advised by others ‘why’ something should be included in the school curriculum, but be given the opportunity to determine the details of what is taught and how. Teachers might claim the curriculum-making space for themselves, generating new thematic constructs and working to carve out new learning opportunities for the students they teach.

Having established this relationship and explored the nooks and crannies of it (because rarely is anything in education that clear-cut), the discussion can be orientated towards the notion of curriculum in action. I would describe this as bringing the curriculum alive through its design and the pedagogic choices involved in that process. Through mentoring and coaching conversations that articulate the associated opportunities and constraints, it becomes possible to tease out the roles of teachers (either individually or collectively), learners, resources and stakeholders. These conversations can be a space in which to rehearse ideas and problem-solve, and as the conversations can be sequenced over time they can become an integral part of the curriculum-in-action journey, allowing some stock-taking, some re-direction and some broadening of perspectives.

So far so good. I have described in brief what the benefit might be if we were to take curriculum as a suitable focus for coaching and mentoring. However, there are main two caveats to this. The first is that establishing quality in coaching and mentoring is not without its problems. In earlier research, the problematic impact of performativity (Ball, 2003) on the experiences of coaching was revealed (Lofthouse & Leat, 2013), as was the vulnerability of mentoring in workplaces and teacher education programmes that place conflicting demands on mentors and mentees (Lofthouse & Thomas, 2014). The second is that the role of coaching and mentoring in curriculum thinking and implementation has not been widely researched. This gap in the research was reinforced at two inaugural network meetings of a new research network focussed on coaching and mentoring in education, hosted by CollectivED at Leeds Beckett University. The network comprises practitioner researchers, doctoral students and academics working in the field, and curriculum did not surface in the course of our discussions as a purpose of coaching or mentoring. This may reveal a gap worth pursuing by the research community. Clutterbuck (2013) also argued for extending the research agenda.

We may be short of direct research evidence, but we need not be short of ideas for developing practice. One way of thinking this through is to focus on how we can ensure that coaching and mentoring do not just become busy activities, but instead form the bridge between professional learning and the development of practice. In a recent research synopsis (Lofthouse, 2018), I indicated the significance of both individuals and their organisations sharing key attributes that can leverage effective mentoring (this can also be applied to coaching): permission to think creatively; a sense of shared purpose; and being authentically rooted in the context. I also pointed out that tools can be used to improve the value of dialogue, including, perhaps, theoretical curriculum lenses to aid discussion. Finally, I noted that certain outcomes can be sought and then themselves used productively to sustain practice: these are the confidence to articulate ideas coherently, to be open to critique, and to have the expectation that professional learning is expansive, creating an extended curriculum repertoire and more knowledgeable practitioners.

Clutterbuck, D. (2013). Extending the research agenda on mentoring in education. International Journal of Mentoring and Coaching in Education, 2(3), pp. 249–252.

Lofthouse, R. M. (2018). Re-imagining mentoring as a dynamic hub in the transformation of initial teacher education: The role of mentors and teacher educators. International Journal of Mentoring and Coaching in Education, 7(3), 248–260. 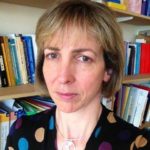 Rachel Lofthouse is Professor of Teacher Education and the Winifred Mercier Professor of Education at the Carnegie School of Education, Leeds Beckett University, where she has established ‘CollectivEd: the Hub for Mentoring and Coaching’. Prior to joining Leeds Beckett University in 2017 she was a teacher educator and researcher at Newcastle University. She has a specific research interest in professional learning, exploring how teachers learn and how they can be supported to put that learning into practice. Rachel sits on BERA’s Publications Committee and is an editor of the BERA Blog.

Think like a detective: The vital clue to inclusive teaching!