This report, on one of the three research projects to receive the British Curriculum Forum’s Curriculum Investigation Grant for 2018–2019, investigates how variation theory might be applied to the use of manipulatives (that is, any objects that can be moved
and handled by learners) to support understanding of early number.

Variation theory was developed by Ference Marton, has now become dominant
in current mathematics discussions. It draws attention to underlying relationships in mathematics by focussing on the careful design and sequencing of mathematical tasks, including the use of multiple representations of a mathematical concept in order to draw out what it is and what it is not.

The project involved 12 children aged 5–6, and focussed on the move from ‘counting-all’ to ‘counting-on’ (the ability to establish the new quantity in a group in which the amount
has been increased, without needing to recount the original group), which is known to be critical for numerical understanding yet difficult to reliably establish. The project explored which manipulatives might be effective in highlighting the essential features of this mathematical idea.

The report identifies two key sub-skills and understandings that appear to make a significant contribution to children’s ability to count-on:

This research makes a substantial contribution to the existing literature on counting-on , and has important implications for the teaching of counting-on to young children. 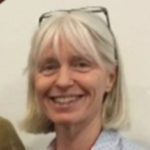 Dr Ruth Trundley has developed and led action-research projects, most recently ‘Supporting children to be active and influential participants in maths lesson through the use of pre-teaching and assigning competence’; this project has been... 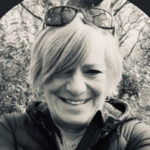 Dr Helen Williams specialises in the teaching and learning of Early Years and KS1 mathematics. Currently she is running the Early Years work groups for the CODE Maths Hub. She was a member of the team for Brunel University’s research project...

What is ‘variation’ in early years mathematics?