The abstract of the winning paper is below:

From ‘What does gallery mean?’ to ‘Art galleries, I love them!’:Children’s views of ‘culture’ introduced to their primary curriculum.

This paper reports on a study that elicited the views of over three hundred primary children in one multi-academy trust (MAT) about their experiences of the Take One Picture (TOP) art education programme in England in 2018-2019. During this TOP programme, the MAT teachers and children visited The National Gallery, where gallery staff provided professional development to teachers who then planned and implemented a programme of learning for children which included opportunities to explore and develop creativity.  Alongside, an intrinsic case study investigated beliefs and attitudes of participating children aged 8-9 years and their teachers concerning TOP and its effects on teachers’ professional development and children’s outcomes in art, writing and non-cognitive skills acquisition. This paper focuses on findings from participating children in the national context of declining arts specialists in primary schools, changes in the OFSTED inspection framework, and a new emphasis on cultural capital, alongside a local context of deprivation and low levels of achievement at OFSTED inspections.

British Educational Research Association guidelines (2018) framed the ethical conduct of the present study which was approved by the ethics committee in the study HEI. The children’s views were sought about the effects of TOP on their learning in pre-intervention questionnaires (n=328) and post-intervention questionnaires (n=319). Analysis featured descriptive statistics, ‘wordles’ and a drawing test. Findings included indications that children believed TOP impacted positively on their outcomes in art (NSEAD, 2019) and in writing, specifically vocabulary enrichment, creative writing and non-fiction critique, in the context of a broad, rich and rigorous curriculum based on knowledge and skills development, as well as their acquisition of non-cognitive skills and knowledge and understanding of art and an art gallery: features of ‘the immanent structure of the social world’, or cultural capital (Bourdieu, 1986:46).  Amongst other findings, children’s views about writing shifted towards valuing writing intrinsically as a creative process. Following TOP, children’s descriptions of a painting featured 14% more Tier 2 and Tier 3 vocabulary than previously (McKeown, Beck, Omanson and Pople, 1985; Hirsch, 2013). Additionally, 68% more children said they had visited an art gallery, 15% more children identified three items found in an art gallery and 30% more of the children’s drawings of a gallery featured enhanced detail, indicating increased interest, awareness and knowledge after TOP. It may be argued then, that results indicate children believed the Take One Picture programme gave them access to cultural capital despite the unequal society they inhabit. 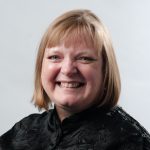 Associate Professor and Senior Lecturer in Education at University of Northampton

Jane Murray was awarded the 2020 Anna Craft Creativities in Education Prize for the paper From’What does gallery mean?’ to ‘Art galleries, I love them!’: Children’s views of ‘culture’ introduced to their primary curriculum. Jane is... 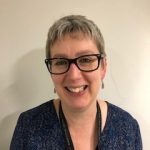 Programmer for Schools and Teachers at The National Gallery

Caroline Smith studied at the University of London, ultimately specialising in the art of the early Italian Renaissance. Following a successful career as a classroom teacher in inner-city schools, Caroline began working in museum and gallery... 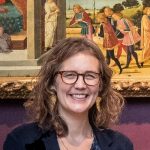 Kate is strategic lead for research relating to learning practice at the Fitzwilliam Museum. She worked as a primary and early childhood teacher before moving into museum education, and now leads a training programme encouraging creative teaching... 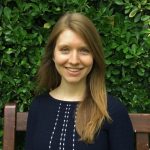 Programme Officer at The National Gallery 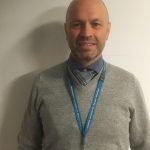 Darren Smith is an experienced Head Teacher at Headlands Primary School, Northampton. He has a passion for the Arts and a burning desire for children to experience and be inspired by all Art forms. The Arts are central to the curriculum at... 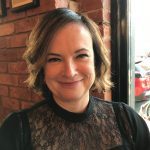 Anna started her career in Education as a Primary School teacher, moving on to become Drama Adviser for Northamptonshire County Council, followed by a long stint as a Drama and English consultant. She has worked at the Trust for the past three... 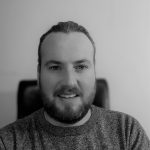 Lecturer in Education at University of Wolverhampton 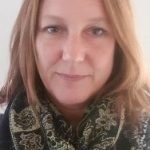 Associate Lecturer in Early Childhood Studies at University of Northampton

Dr Rebecca Aberton has taught in primary schools in the UK and Australia and earned her doctorate at the University of Birmingham in 2019. Her specialist subject areas are education policy and research methodologies in education. Rebecca’s...

A special commendation has also been awarded to Nikki Fairchild, Carol Taylor, Neil Carey, Mirka Koro, Angelo Benozzo and Constanse Elmenhorst collaborating from University of Portsmouth, University of Bath, Manchester Metropolitan University, Arizona State University, University of Valle d’Aosta and Fjordvangen Kindergarten. This recognises the innovative nature of their alternative session: Against Methodolatry: A Materialist, Post-Qualitative Invocation of Speaking in Tongues, which develops thinking and practice in the field.

We are an international group of six researchers who are working with posthumanist, new material feminist and post-qualitative research practices oriented to doing qualitative research differently. Since 2016, we have been working together to find creative ways of disrupting normative, bureaucratic, business-as-usual modes of knowledge production, both in article writing and in academic conference spaces (see Benozzo et al., 2019; Taylor et al., 2019). Our experimental interventions and material research-creation practices seek to undiscipline qualitative research. We have conceptualised academic conferences as material-discursive spaces – as spaces of the ‘AcademicConferenceMachine’ – which, as structured, neoliberal, organizational spaces, run the risk of becoming so regulating, normalizing and standardizing that they might lose the possibility to produce different knowledge and to produce knowledge differently (Benozzo, et al. 2019, p. 89). Our work goes beyond straightforward critique of these spaces to produce new forms of academic knowledge production about conferencing. In working towards creative, alternative modes of recognition and contestation for scholars, we propose the need for a significant departure from normative conference practices. We are currently co-composing a book ‘Knowledge Production in the Material Turn: Disturbing Conferences and Composing Events’ to be published in 2021. 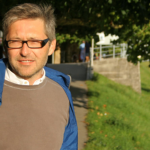 Lecturer at University of Valle d’Aosta 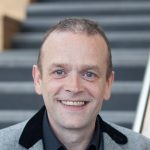 Neil is Principal Lecturer in Internationalism. His research focusses on creative and arts-based methods in social science research. His PhD, a que(e)rying quest for intersectionality, explored how creative fiction and autoethnography might... 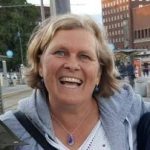 My Rosen therapist says I show her pictures of myself as a horse. A horse who will/can be free, but whom again and again is tied up/in/around discourses. Personally, I often see myself as a rabbit. I am jumping from one place to another; curious... 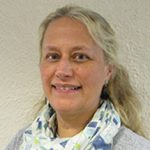 Associate Head (Research and Innovation) at University of Portsmouth

Nikki Fairchild is the associate head (research and innovation) in the School of Education and Sociology at the University of Portsmouth. Her teaching and research explore professionalism, leadership, pedagogy and practice in early child... 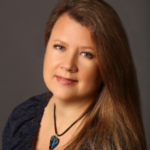 Mirka is a Professor of qualitative research. Her scholarship operates in the intersection of methodology, philosophy, and socio-cultural critique and her work aims to contribute to methodological knowledge, experimentation, and theoretical... 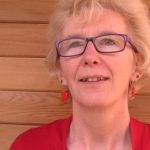 Professor of Higher Education and Gender at University of Bath

Carol is Professor of Higher Education and Gender. Her research utilizes feminist, new materialist and posthumanist theories and methodologies to explore gendered inequalities, spatial practices, and staff and students’ participation in a range...