The relationships between youth activism, engagement and education are vitally important in the current context, in which the pressures of globalisation and populism are emerging from and fuelling a volatile social and political environment. A recently completed international networking project, funded by the Leverhulme Trust, has explored ideas, issues and practices in this field.

There are well-established debates around the role of education. For some there is a virtuous circle between education and engagement. Well-qualified people are more likely than others to understand and play a constructive role in democratic societies, and, outside school, people will continue to learn (see for example, Almond & Verba, 1989; Bennet & Segerberg, 2012). However, for others the picture is not so positive. If schools and individual teachers insist that students should become involved in particular causes for specific purposes, where do we need to draw the line? When would we suggest that indoctrination is being attempted (Curren, 2008)? And what happens when those young people become actively involved in the ‘real’ world beyond school? Is it possible that education is the last thing on the minds of most activists (Hicks, 2019)?

In our project, we produced extensive literature reviews, held seminars, organised academic conferences and public events and published articles for academics and exemplar material for professionals. We focussed on six countries: Australia, Canada, England, Hungary, Lebanon and Singapore. These countries did not represent simplistic types, but allowed us to explore a wide range of perspectives regarding post-colonialism, democracy, socialism and so on.

Broadly, we argue that education and engagement may be characterised through an elaboration of two types of relational capacities. The first is societal, in that it involves capacities that are about how youth understand and relate to their communities. This is largely a vertical relationship highlighting citizen-to-state, and involves an understanding of context and meaning-making. Knowledge is vital, but we argue for the need to go beyond teachers providing simplistic political messages, information about civics structures and arguing about ‘issues’. Instead, we argue for a conceptual framework and a situational approach. In addition to knowledge of political processes, central elements of contextual understanding include an awareness of key historical and sociopolitical factors, the presence of ongoing and new social injustices (including the varied means of redressing these), understanding one’s own contexts and appreciating the contexts of others.

We wish to educate by developing an appreciation and appraisal of key salient features of a given situation, on the basis of which young people decide whether to act (or, indeed, not to act), in which ways to act, and why. This allows for a form of education that promotes understanding, and does so in action-related ways that start from where young people are, their lives, their interests and their possibilities. It allows for motivational content in which there is dynamic meaning-making. We perceive the emergence of a new political subjectivity, characterised as reflexive individualism (distinct from neoliberal conceptualisations of individualism). Through our work we have identified new paradigms that offer innovative ways of thinking about how citizenship is understood outside of western contexts.

‘We wish to recognise the vital significance of caring for each other, in ways that recognise structural inequalities as well as more and less appropriate forms of justice-related group and individual behaviours.’

We also emphasise the interpersonal (that is, those largely horizontal, citizen-to-citizen) capacities that are about how youth understand and relate to other people. This involves working with others (not on them or for them, for example). We do not wish to promote a form of engagement that relies excessively on moralising, or on justice that is defined principally by reference to law. We wish to recognise the vital significance of caring for each other, and wish to do so in ways that recognise structural inequalities as well as more and less appropriate forms of justice-related group and individual behaviours.

A fundamental and recurring aspect of our activities has been the importance placed on reflexivity. Broadly speaking, reflexivity refers to the examination of one’s own feelings, motivations, actions and positionality, and how these can and do influence actions and others around us. Our argument is that it makes sense to speak of reflexive individuals, groups and communities.

The above ideas and issues have been highlighted in our many seminars, conferences and public events, and are shown in more detail on our web pages.

Ian Davies is professor of education in the Department of Education, University of York, UK. He has worked as an expert for the Council of Europe on education for democratic citizenship, is a past fellow of the Japan Society for the Promotion of Science, and is visiting professor at the Hong Kong University of Education. He works with many colleagues from around the world to research and write. Recent publications include the following. Davies, I., Peterson, A., Peck, C., Sant, E., Waghid, Y., Ho, L. C., & Kiwan, D. (2018). The Palgrave Handbook of Global Citizenship and Education. London: Palgrave Macmillan Sant, E., Davies, I., Pashby, K., & Shultz, L. (2018). Global Citizenship Education: a critical introduction to key concepts and debates. London, Bloomsbury. Szczepek Reed, B., Said, F., Davies, I., & Bengsch, G. (2019). Arabic Complementary Schools in England: language and fundamental British values. Advance online publication. Language, Culture and Curriculum.... 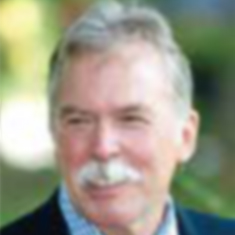 Mark Evans is professor emeritus, Department of Curriculum, Teaching and Learning at the Ontario Institute for Studies in Education, University of Toronto, Canada. His work focusses primarily on democratic citizenship education and teacher education in their many representations in formal and informal schooling contexts worldwide. Mark has taught a variety of courses, and is the recipient of different awards for teaching excellence. He publishes widely and has been involved in a variety of curriculum reform initiatives, teacher education projects and research studies provincially, nationally and internationally. Interwoven into his work are particular themes and issues related to curriculum, pedagogy, assessment and evaluation, classroom and school culture, equity and inclusion, professional inquiry and educational change. Mark has served as associate dean, director of the secondary teacher education program, and was founding co-ordinator of the alternative teacher education... 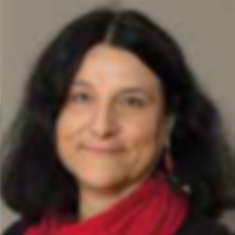 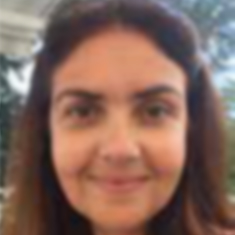 Dina Kiwan is reader in comparative education, University of Birmingham, UK. She is a member of the Leverhulme Trust International Network, ‘Youth activism, engagement and the development of new civic learning spaces’ (2016–2019). Her research programme focusses on citizenship and inclusion, and is interdisciplinary and comparative in scope. Her interests centre around sociological and politicophilosophical examinations of inclusive citizenship through the lens of education policy, naturalisation policy and migration policy, particularly in the context of pluralist/multicultural societies, and societies in conflict. Her interests in critical policy analysis are complemented by an interest in how those deemed to be ‘marginalised’ and ‘vulnerable’ constitute themselves as political actors. Her publications include Kiwan, D. (2008), Education for Inclusive Citizenship (Routledge), and Kiwan, D. (Ed.) (2013), Naturalization Policies, Education and Citizenship:... 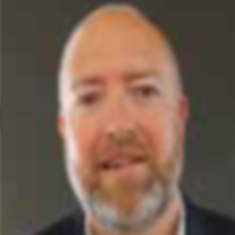 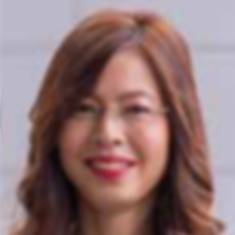 Jasmine B.-Y. Sim is associate professor in the Curriculum Teaching and Learning Academic Group, National Institute of Education, Nanyang Technological University, Singapore. She received her PhD (in education policy and practice) from the University of Sydney, her master of education (in learning and teaching) from Harvard University, and bachelor of arts (upper-class honours) in history from the Victoria University of Wellington. Jasmine researches in civics and citizenship education, social studies education and curriculum development. In 2013, Jasmine received the World Cultural Council Special Recognition Award, an honour bestowed to a select number of talented researchers who have had international impact through their research early in their careers. Jasmine has published widely in top-tier journals, and her article ‘Notions of criticality: Singaporean teachers’ perspectives of critical thinking in social studies’ was awarded the Cambridge Journal of Education’s...

What have we learned about effectively using assessment data during remote learning over the past year?