Wales is currently in the middle of a curriculum and qualifications reform. Since 2015, ‘pioneer’ schools across the principality have been contributing to the development of a new national curriculum based on Graham Donaldson’s 2015 report, Successful Futures. As a result of this, GCSE subjects and other qualifications have been redesigned in Wales to support the new curriculum, Qualifications Wales. What is less easy to discern is how effectively this approach will help prepare pupils to progress to post-16 study, where discrete subject knowledge becomes increasingly important.

Across the border in England, Geoff Barton (2021), the general secretary of the Association of School and College Leaders (ASCL) has stated that England ‘needs to look again at A-levels as part of a wider review of qualifications and the curriculum. Whether that means scrapping them is a moot point and there are arguments for and against.’ Tom Richmond (2021), director of the Education and Skills think tank (EDSK), has said that ‘we must end the political obsession with A-levels’ and has suggested introducing a baccalaureate that creates a level playing field for a broad range of rigorous academic, applied and technical courses. If A-levels are deemed too narrow, as recently reported by the EDSK (Richmond, 2021), then Wales is surely in an advantageous position to continue its redesign of qualifications from the key stage 4 phase into the post-16 phase.

While Wales currently has no plans to scrap A-levels, it does have its own baccalaureate qualification, Welsh Baccalaureate (Welsh Bacc). To be awarded this qualification, a learner needs to complete several elements including GCSE and A-levels. It has been designed to enable learners to acquire and apply a range of complex ‘essential and employability’ skills in different settings and contexts that provide a broader education. Indeed, the qualification is very much aligned with the core purposes and principles of the New Curriculum for Wales, but incorporates A-levels rather than replaces them.

In England, however, the EDSK is proposing that A-levels be replaced by a three-year baccalaureate, where all students would be required to study English and Mathematics up to the age of 18. This new baccalaureate would also allow students to retain more breadth in their studies and only gradually specialise during the programme. The EDSK report says the dominance of A-levels in the UK education system has relegated applied and technical courses to second-class status – under the proposed new baccalaureate, A-levels, BTECs, T-levels and apprenticeships would be combined, enabling students to mix and match courses which would be marked using the same grading and accountability system for all.

‘Under the proposed new baccalaureate, A-levels, BTECs, T-levels and apprenticeships would be combined, enabling students to mix and match courses which would be marked using the same grading and accountability system for all.’

According to Tom Richmond (2021), ‘no other developed country would describe studying just three subjects for two years as a “gold standard”. On the contrary, other major economies typically insist that students take around six subjects in their final years of education to ensure they receive a broad and balanced curriculum.’ What he fails to mention is that many global establishments, including schools in the UK, have long been aware of this and consequently deliver the International Baccalaureate (IB). Both the IB and the Welsh Bacc develop the independent thinking that has been lacking at A-level and focus on skills such as communication, collaboration and time management, offering not just a set of qualifications but also a broad education with a philosophical purpose. Both aim to ‘develop inquiring, knowledgeable and caring lifelong learners who want to create a better world’. (Pozniak, 2019)

The advanced-level Welsh Baccalaureate has tried to demonstrate in one place academic ability and competence in skills. In retaining A-levels it has held on to the global credibility that also comes with the IB. With the qualification now under review, as part of the curriculum and qualifications reform, it is the ideal time for Wales to take the lead. A truly world-class curriculum will be rooted in its own context and will meet the needs of its own learners. Perhaps the IB is too generic to achieve this? Aligning the new advanced-level Welsh Bacc with the redesigned qualifications in Wales could ensure education in Wales is ahead of the game with the latest thinking at the post-16 phase. With the foundations of this already in place and curriculum reform delayed due to the pandemic, time is on our side. 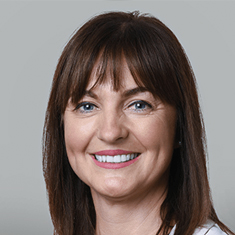 Sara Thomas has worked both internationally and in the UK education system for more than 20 years and is currently working as a deputy head of secondary at Gems Metropole School in Dubai. Her career has largely been spent teaching languages and working as a head of sixth form, as well as training PGCE students and working on several school senior leadership teams. Besides being a mum to two teenage sons, Sara is currently completing a professional doctorate in education, with a particular focus on the implications for A-level study in Wales under the current curriculum reform. During the pandemic, Sara had an article translated into Welsh and published by the National Academy for Educational Leadership entitled, ‘Generation Covid-19’. Sara is looking forward to returning to the UK to take up a new post at ACS International School in Cobham, Surrey where she will complete her PhD. Sara's blog can be found