While the numbers may change, the trends are largely the same: young people from certain minority ethnic groups, those who receive free school meals, those who are care-experienced or who are identified as having special educational needs and disabilities (SEND) are all statistically more likely than their peers to be excluded from school in England (DfE, 2021). In this way, school exclusion both highlights and perpetuates these social inequalities. Being excluded from school can have various and potentially long-term impacts on life chances (Gill et al., 2017; Timpson, 2019). Thus, those young people from often already marginalised groups may become further marginalised by their removal from school.

A glance at the BERA website shows an education profession keen to improve the school experience, and in fact the UK government has recently announced intentions to ‘level up’ schools (DfE, 2022a) and to offer better support to those with SEND (DfE, 2022b). With the inequalities reflected in whom we exclude so stubbornly consistent, will the proposed changes be enough?

‘The predictable nature of the school exclusion statistics suggests that, often unwittingly, the actions we take are reproducing social inequalities and contribute to the further marginalisation of some young people.’

Education is a contested space, and changes to the school system represent compromises between policymakers, parents, students and educators, all acting within the structures that came before them (Archer, 1979). Some actions will lead to change and others will help to reproduce structures for another generation. The predictable nature of the school exclusion statistics suggests that, often unwittingly, the actions we take are reproducing social inequalities and contribute to the further marginalisation of some young people.

Recent posts on the BERA Blog have asked whether school leaders would ‘reset or return’ after changes brought about by the pandemic (Rolph, 2022) and have called for ‘foundation stone’ reforms to the English school system (Brighouse & Waters, 2022). In considering school exclusion as both a symptom and a cause of social inequality, I would like to add my voice to the call for a serious rethink of the English school system.

In my current fieldwork with young people who have been excluded from school, they often describe their exclusion from school as being due to their own deficiencies – they are the ‘naughty kids’ and the ones who can’t cope in the classroom. Perhaps unsurprisingly, they mostly do not offer an analysis that questions the school system more broadly or the role of school in reproducing social inequality. But of course, an explanation that focuses only on the role of individuals cannot explain the consistent trend in the data.

In order to address the inequalities reflected in school exclusions, we must ask more fundamental questions about the purpose of school and what young people are being offered.

Early themes from my fieldwork include unmet needs related to SEND, family adversity and loss, and the importance of relationships in keeping young people engaged in education. The tensions for schools between aspiring to be inclusive and the need to perform in a neo-liberal marketplace cannot be resolved by tweaks to the current educational offer (Reay, 2022). To really improve education for our most marginalised young people, we need to remind ourselves of the potential of education to liberate and engage. A push back against neo-liberal market forces and neo-conservative zero-tolerance behaviour policies might offer a chance to refocus on relationships, communities and the power of education to change lives.

Brighouse, T., & Waters, M. (2022, January 19). What is the purpose of school and who should control it? BERA Blog. https://www.bera.ac.uk/blog/what-is-the-purpose-of-school-and-who-should-control-it

Department for Education [DfE]. (2022a). Opportunity for all: Strong schools with great teachers for your child. https://www.gov.uk/government/publications/opportunity-for-all-strong-schools-with-great-teachers-for-your-child 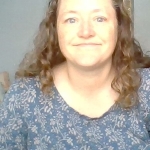 Stephanie King is a PhD candidate at Nottingham Trent University. Supervisors are Dr Andrew Clapham and Dr Anne O’Grady. Having previously been a teacher in a Pupil Referral Unit, Stephanie pursued an interest in SEND, becoming a specialist teacher, undertaking the National SENDCo award and then an MA in SEN & Inclusion. Currently, Stephanie is researching experiences of school exclusion. She is also interested in using creative methods when working with young people, to offer different ways for them to tell their stories. Stephanie also teaches on the Education Foundation Degree at Nottingham Trent University. Twitter: @StephKingLearns

All from this series
Being a member of an academic community: A key factor in enhancing doctoral students’ academic writing