We all learned at school Churchill’s comment that ‘democracy is the worst form of government except for all those other forms that have been tried from time to time’ (quoted in Langworth, 2008, p. 583). So when somebody gave us both Jacques Rancière’s Hatred of Democracy (2006), despite the warning that we would find it ‘hard going’, we couldn’t resist.

They were right: even after reading it twice we didn’t thoroughly understand it, but it certainly caused us to think. We had already discussed our growing impatience with ‘representative democracy’, which Rancière exposes as merely different forms of oligarchy, whether of the rich, the clever or the ambitious. He is coruscating about greater participation and –although he wrote the book before Trump, Brexit and discussions about the dangers of populism – he highlights the dangers in our western states, where collective society is increasingly undermined by individuals fuelled by consumerist appetites which have become the bedrock of free-market capitalism.

It mattered to us because we have just written a book (Brighouse & Waters, 2022) about reforming English schools and the schooling system, in which we argue for more local democratic input whether directly through what remains of local authorities (LAs) or through LA-mandated memberships of multi-academy trusts, which should not be run directly by the secretary of state in the Department for Education (DfE). We think there is far too much central and unaccountable control of our schools. (English governments should note of Rancière’s (2006) point that totalitarian regimes are not confined to large dictatorships or communist states.)

Ensuring better governance with appropriate democratic influence, and in a better balance of the local, regional and national, is simply one of many reforms necessary for our beleaguered schools so that they can tailor their cloth to their pupils’ many future needs rather than cram them, as the English system insists, with knowledge useful in a world which no longer exists. Our book sets out six ‘foundation stone’ changes. Included is the creation of an Open School, analogous to (and perhaps run by) the Open University, through which all schools – each with its Open School tutor among its staff – will access a much more fluid digital and real-time set of pupil experiences. Another ‘foundation’ change is that every school should have an expert consultant teacher in its ranks. More influential than the short-lived advanced skills teacher, these consultants would build communities of expertise for assessment, aspects of teaching technique and much else, acting as the recognised and equitably rewarded pedagogical expert who doesn’t leave the classroom behind for management.

We propose these changes, which are focused on the school itself and on teachers, because that’s where the most difference is made. However, we also think that what happens outside school influences whether the teacher can create good ‘classroom weather’ each day. Hence there are many changes that should happen in the family, the community and of course nationally, where the DfE, with its totalitarian tendencies, cajoles, represses and (occasionally if unconvincingly) encourages with all the subtlety of an elephant.

We therefore set out the 39 steps covering governance, finance, admissions, exclusions, SEND, exams, and accountability and inspection arrangements – to name just a few.

‘The English schooling system is ripe for reforms that will replace narrow curricular experiences well-suited for yesterday’s world with new ones that are anchored by essential skills and knowledge but broad, rich in creativity and designed to meet tomorrow’s challenges.’

We have written the book because we think the English schooling system is ripe for reforms that will replace narrow curricular experiences well-suited for yesterday’s world with new ones that are anchored by essential skills and knowledge but broad, rich in creativity and designed to meet tomorrow’s challenges. To do that we need to set out for the first time a set of aims and purposes that doesn’t shy away from values and attitudes. All we have nationally are the 40 vague words that Michael Gove first used in 2010:

‘The national curriculum provides pupils with an introduction to the essential knowledge they need to be educated citizens. It introduces pupils to the best that has been thought and said, and helps engender an appreciation of human creativity and achievement.’

Well yes, but is that all? Do we want them to think for themselves and act for others? Would we like them to grow up fulfilled and committed to the fulfilment of others? Do we want to equip them to play their part in solving some of the world’s pressing problems such as climate change and a lack of equity in our own and other societies?

Only by agreeing first what we are trying to do in our schooling system can we agree an appropriate curriculum, professional expectations for teachers and fair accountability arrangements.

About Our Schools: Improving on Previous Best by Tim Brighouse and Mick Waters (Crowne House, 2022) is out now. 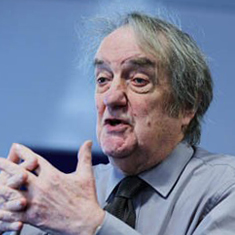 Twice a chief education officer – once in Oxfordshire and once in Birmingham, each time for 10 years – and leader of the London Challenge, Tim Brighouse says he has learned from most of his many mistakes as a teacher, teacher educator and administrator. He believes in the power of teachers and schools to change the world for the better. 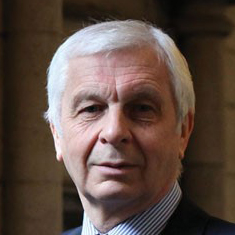 A former head teacher, Mick Waters has worked in teacher education and at policy levels in both local and national government. Over time he has been asked to work in the UK and abroad either with national governments or directly with schools to develop revised policy and practice for leadership, teacher education, governance and classroom teaching.