Children and young people excluded from school for poor behaviour have lower than average educational outcomes. They are more likely to experience ‘deep exclusion’ (Levitas et al., 2007), with severe consequences for quality of life, wellbeing and future life chances. School exclusion is associated with risk factors such as having a special educational need, being of Black-Caribbean origin, being from low socioeconomic background, being in care; and being male (Strand & Fletcher 2014), which leads to a layering of disadvantage (McCluskey, Riddell, & Weedon 2015). The mental health needs of young people, both at risk of exclusion and currently excluded – are substantial (Cole, 2015). Taken together with concerns about the vulnerability of young people in relation to gang-related activity and drugs through ‘county lines’ (NCA, 2018) we urgently need new ways to understand the issues of school exclusion in the UK.

No prior research has examined the different policy landscapes of the four UK jurisdictions and underlying cultural, social and historical factors; nor how these may interconnect and impact on young people. Little is known about the reasons the four jurisdictions differ so greatly in their official accounts of practices of exclusion, or the extent to which there are informal practices associated with these disparities. In recent years, England’s exclusion rate has risen faster and more steeply than across the rest of the UK: despite an extensive literature on factors which minimise exclusion (Cole, McCluskey, Daniels, Thompson, & Tawell, 2019) and in sharp contrast with Scotland, where official permanent exclusion has been almost completely eliminated.

Figure 1: Permanent exclusions across the UK as a percentage of the school population of state-funded primary, secondary and special schools

Our study examined, first, the four nations’ statistical data on instances of exclusion and number of students involved, with analysis on the basis of, for example, gender, type of exclusion, special needs (McCluskey, Cole, Daniels, Thompson, & Tawell, 2019). Cross-country comparison is not straightforward. Northern Ireland publishes very limited data. Scotland, unlike England and Wales, does not have a national student database so does not collect data on individual students in such a way as to make it possible to track the relationship between an individual, identified student and their experience(s) of school exclusion. This means, for example, that we cannot establish from the available data whether the five students in Scotland who were permanently excluded in 2016/17 had been excluded previously, and if so at what stage of their education; nor whether any previous exclusions were temporary or permanent. Notwithstanding these difficulties in comparative analysis the data clearly indicate large disparities across the UK.

We also examined exclusion policies and undertook interviews with key stakeholders. The national guidance on school exclusions in Scotland (Scottish Government, 2017) focuses on social and emotional wellbeing, positive relationships and behaviour. It emphasises proactive, preventative work in partnership with other agencies. It draws attention to ways in which, for example, stress, frustration, anxiety associated with learning difficulties, with trauma, bereavement or socioeconomic disadvantage can lead to challenging and distressed behaviour. A similar approach is evident in the Welsh guidance (Welsh Government, 2015). Equivalent policy guidance in England is much more punitive in tone: outlining descriptions of punishments, advice on powers to search without consent, power to use ‘reasonable force’, and use of isolation and seclusion. Northern Ireland does not provide equivalent guidance though it does offer advice on positive behaviour management.

There was also discussion on dissonance between official policy and actual practice, particularly in relation to non-permanent, hidden and informal exclusions (Power & Taylor, 2018), which clearly merits more direct attention.

The effects of school exclusion are often lifelong and ‘lifewide’. Our findings suggest that an interdisciplinary approach is needed to understand the serious gaps in knowledge about the contexts, causes and consequences of exclusion; and that there is much more to learn from comparative analysis.

This blog post is based in part on the article ‘Exclusion from school in Scotland and across the UK’ by Gillean McCluskey, Ted Cole, Harry Daniels, Ian Thompson and Alice Tawell, which is published in the British Educational Research Journal, published by Wiley, and is available to read online on an open-access basis.

Cole, T. (2015). Mental health difficulties and children at risk of exclusion from schools in England: A review from an educational perspective of policy, practice and research, 1997 to 2015. Oxford: University of Oxford. 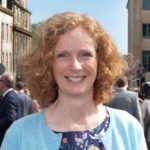 Senior Lecturer at University of Edinburgh

Professor Gillean McCluskey is REF 2021 co-ordinator at Moray House School of Education and Sport at the University of Edinburgh. Her research, teaching and writing has focused on two related fields of endeavour: a) restorative practices in education, and b) exclusion from school. Restorative practices (RP) examines relationships and conflict in school and represents a rapidly developing field of international interest. Her own involvement in this area arises out of a professional and academic interest in, and concern about, the experiences of children and young people who experience exclusion. Underpinning these interests is a concern more broadly about inequalities in education. Her work aims to contribute to understanding of the impact of inequalities in education by advancing, first, our understanding of exclusion from school and, second, the role that RP may have to play in this. She is currently working with colleagues across the UK on research funded by the Economic and...