Science is now being taught to more pupils than at any time in history. This has come about in part because governments across the world have acknowledged the importance of science and technology to economic wellbeing and prosperity. It also owes something to the need to educate a population that is scientifically literate and can engage with a range of science-related issues, ranging from health, global warming and the environment to nuclear power, genetic counselling and safety at work.

The implications for school science teaching seem clear. Schools are to help safeguard the future supply of those with scientific qualifications while ensuring that all pupils receive an education that will prepare them for the world in which they will eventually live and work. What is less clear, however, is how to translate these goals into practical curricula.

One response, common to many countries, has been to give pupils an insight into how scientific knowledge is generated by involving them in practical investigations in a school laboratory. Such an approach has come to the fore at different times and, in essence, has sought to teach pupils how to think scientifically. It was fundamental to Henry Armstrong’s heurism (Brock, 1973), to the global science curriculum development movement of the mid-20th century (DeBoer, 1991), and to more recent initiatives designed to help pupils understand the nature of scientific processes and methods. It has also been supported by different learning theories, from faculty psychology and discovery learning to constructivism.

This approach presents several problems. Scientific thinking, as distinct from rational thinking, is appropriate only when dealing with scientific problems. These are not the sort of problems that most adults encounter, and there is a risk of emphasising scientific processes at the expense of scientific knowledge. More fundamentally, the work of historians, sociologists and philosophers has shown that such an approach reflects a simplistic and unsustainable view of how scientific knowledge is established and validated.

A different approach to curriculum construction starts not with science itself but with the everyday concerns, interests and experiences of pupils. This ‘science of common things’ has often underpinned the education of those judged unlikely to pursue a science-related career, many of whom have attended schools intended for a different section of society from most of those receiving an academic education (Layton, 1973).

The General Science movement of the interwar years was a laudable but ultimately unsuccessful attempt to ‘bring science into the homes of the people’ and to offer a science curriculum that was not designed with reference to the needs of future scientists or engineers. This approach also has limitations. Constructing a science curriculum on the basis of pupils’ interests may do little or nothing to enlarge their horizons, although it underpins the concept of urban science education directed towards equity, social justice and the development of a sense of place among the disadvantaged in society (Barton, 2003). However, devising or adopting a science curriculum to meet the needs of different social groups or communities within pluralistic societies is a conundrum.

Whatever approach is being considered must answer the fundamental question, ‘What is school science for?’ Studies show that the answer is socially, politically and historically contingent. In England, enthusiasm for teaching ‘scientific method’ declined as experience of the first world war highlighted the ignorance of elementary scientific knowledge among government ministers and army officers and their men. It returned to favour a generation later when the cold war emphasised the need to greatly increase the numbers of qualified scientific personnel. ‘Working scientifically’ underpins England’s national curriculum and, differently worded, can be found in curriculum statements in many other countries. The scientific education of girls has been, and remains, susceptible to changed assumptions about the role of women in society. Personal and professional factors may also be involved: some primary school teachers were reluctant to accommodate science in the curriculum because they saw it as incompatible with the progressive pedagogy that sustained their professional expertise. Others welcomed it because scientific investigation could be readily allied with a discovery approach to learning (Jenkins, 2019).

‘Understanding how and why the school science curriculum changes can shed light on the role of individuals and institutions in effecting, or hindering, reform, and help inform and shape contemporary initiatives.’

Understanding how and why the school science curriculum changes is of more than academic interest. It can shed light on the role of individuals and institutions in effecting, or hindering, reform, and help inform and shape contemporary initiatives or minimise the risk of error. It is regrettable, therefore, that curriculum history is no longer a focus of research attention.

Layton, D. (1973) Science for the People: The origins of the school science curriculum in England. London: Allen and Unwin. 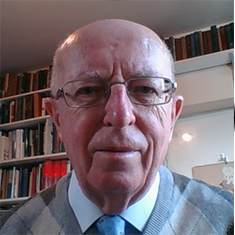 Edgar Jenkins taught chemistry in schools before joining the University of Leeds, where he became head of the School of Education, director of the Centre for Studies in Science and Mathematics Education, and professor of science education policy. He has served on several national and international committees and organisations concerned with school science, and was editor of the research review journal Studies in Science Education. His publications reflect a longstanding interest in the educational function of science in a variety of social and historical contexts: they include From Armstrong to Nuffield (1979) and (with B. J. Swinnerton) Junior School Science in England and Wales since 1900 (1998).