There have recently been calls to adopt approaches to the study of the social world that deny the need to address ontological and epistemological issues. Advocates for these approaches give the impression that they are operating outside of and in opposition to philosophical framings about the nature of the world and how it can be known. They are being disingenuous, since reality, as we know it, is always concept-dependent. Their purpose is to support and strengthen a particular ideological view of human behaviour, which favours those forms of research and judgement that can be described as empiricist and technicist. Ontological and epistemological beliefs, then, underpin the development and use of strategies and methods by empirical researchers. In contrast, proponents of a pragmatic position – using this term in its ordinary language sense – argue that it is possible to separate out these beliefs from the adoption of methods and strategies. These methods and strategies are determined by how useful they are, and even by whether they are fit for purpose. This is not a coherent position to take.

‘A proper examination of these social categories is an essential starting point for understanding how equalities and inequalities are formed and how they operate in modern England.’

Knowledge about, for example, the social categories of gender, race, religion, dis-ability, intelligence, sexuality and class are always framed by sets of ideas and moral ordinances, and as a consequence should not be treated unproblematically, as it frequently is by politicians, journalists and many academics, not least in the field of education. This is what our newly published book, Equalities and Inequalities in the English Education System (Trentham Books, 2018), is about. The book is an exercise in knowledge-development, and it seeks to shed light on the workings of these social categories, because a proper examination of them is an essential starting point for understanding how equalities and inequalities are formed and how they operate in modern England. These categories are discursive constructions. However, what needs to be said time and time again is that a discursive construction can never be a simple determinant of identity, behaviour or action. Discourses are structured in a variety of ways, and both this meta-structuring and the forms it produces are relative to time and place. This meta-structuring refers to constructs such as generality, performativity, reference, value, binary opposition, representation and legitimacy.

Nothing in this book proscribes a social dimension to the development of knowledge, and in turn our contention is that this has to be carefully recorded by those committed to some form of truthful enquiry. Research, which is the principal mechanism for knowledge-development, is both descriptive (understood in a non-representationalist way) and developmental and prescriptive – that is, it both gives an account of reality and in the process changes the nature of that reality, though not in every instance. It redescribes and reformulates the object of the investigation, and in some cases this is quite clearly its intention. It is incumbent on us, however, to treat all knowledge development as work in progress, as the philosopher Karl Popper was inclined to do.

All the ideas expressed here are discussed in greater detail in Scott D and Scott B (2018) Equalities and Inequalities in the English Education System, London: Trentham Books. 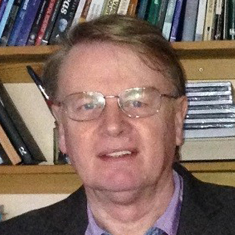 The Parlous State of Educational Research

What! No face-to-face contact with participants? What are the alternatives?