When Donald Trump, the President of the United States of America, claimed during the recent presidential election campaign that his predecessor, President Barack Obama, ‘is the founder’ of Islamic State and Hillary Clinton, the Democratic candidate for the Presidency, the ‘co-founder’, some argued that this was a direct lie and that it was an example of post-truth politics. Surely he didn’t mean that literally? Perhaps, what he meant was that the Obama administration’s rapid withdrawal from Iraq ‘created the vacuum’ that the terrorists then filled; so that, by his actions he contributed to the formation of the Islamic State. However, Trump was not happy at this interpretation of his words: ‘No, I meant he’s the founder of Islamic State, he was the most valuable player. I give him the most valuable player award. I give her, too, by the way, Hillary Clinton’. When it was suggested that Obama was not sympathetic to the aims and purposes of Islamic State, Trump refused to even countenance this: ‘I don’t care. He was the founder. The way he got out of Iraq was, that, that was the founding of Islamic State, OK?’ For Trump, this was the truth of the matter.

Education discourses and judgements, and consequently (though not inevitably) practices round the world, have been dominated over the last twenty years by neo-liberal ideologies, management and control systemic approaches, and empiricist epistemic construals. Evidence-based policy, supported by organisations such as the British Educational Research Association, is thought of as a way of countering Trump’s (and others’) banal rhetoric. This is however, generally construed in decontextualized, bureaucratic and reductionist ways. (An example of this is the vacuity that is implicit in the idea of an assessment judgement being made for books and monographs, but not for articles and book chapters, submitted to the Research Excellence Framework.)

Evidence-based claims in turn need to be checked against some truth criterion.

Evidence-based claims in turn need to be checked against some truth criterion. How do we know that the evidence itself is true, relevant or strong enough to support the claims we want to make? Evidence refers to the kinds of information which serve as supporting facts in making a claim, and these, I am suggesting, are domain-dependent: what is a relevant fact or criterion for making a judgement is determined within a domain. Therefore evidence may not allow us to make truthful claims about the world because it does not fit with the evidence base within which that claim is embedded and which gives it some measure of credibility.

Evidence in relation to a claim about the world therefore may be invalid for a number of reasons: non-conformity to the implicit and explicit rules of the domain; a lack of probative force to achieve credibility within the domain; a lack of fit with the way the domain is formed; the degree and type of fallibility accepted in the domain; and the degree to which the evidence set provides a complete or incomplete account of the activities being investigated and then reported on (by Trump and others).

Knowledge cannot be as a consequence treated unproblematically, as it is by many politicians who separate out facts from values in an unreflective way; or by journalists who refuse to accept that their carefully managed accounts of events and happenings in the world are always ideologically framed both in relation to their content and to how they are presented; or of course by many academics, not least in the field of education in which I work, whose brand of knowledge is both dangerously reductive and philosophically naïve. Examples of this are the British Educational Research Journal’s recent move to prioritise de-theorised and reductionist forms of educational research and the forms of bureaucratised knowledge production that are now ever present in universities. So, for example, some argue that the knowledge frame for any claim in the world and therefore for its truth criterion has to be reduced to concepts and the relations between them that can subsequently be measured; or that it is not possible to judge between different and rival theories about the same social object.

In addition, there have recently been calls to adopt approaches to the study of the social world (for example, in relation to choices that researchers make in their research designs, or judgements evaluators make in the Research Excellence Framework), which deny the need to address ontological and epistemological issues; approaches which can be described as operating outside of and in opposition to philosophical framings about the nature of reality and how we can know it.

All the ideas expressed here are discussed in greater detail in Scott, D. (2016) Education Systems and Learners: Knowledge and Knowers, London: Macmillan Palgrave. 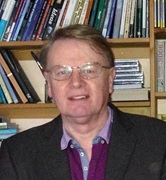