A curriculum is a predetermined programme of learning and has three components: a set of aims and objectives which articulate the intended student achievements (what they know, what they can do and what dispositions they have acquired) at set points of time (these are the learning objects); a set of teaching or learning approaches; and a set of summative assessment or evaluation protocols. What frequently happens in systems round the world is that the last of these, the assessment or evaluative process, dominates, and in the process distorts the original curriculum specifications. In addition, teaching and learning practices are developed to fit the demands of the accountability regime now in place, rather than to generate the best way for the specific learning object to be realised. Avoiding these two pitfalls is perhaps the most pressing problem facing education systems round the world.

There are a number of ways of identifying good practice in a system of education. The first is identifying outputs from the education system (these can be test scores, dispositional elements, acquired skills, ethical and moral qualities); that is, outputs that have resulted from the individual’s participation in the system itself. The argument is then made that one system is better than another because it has better outputs, and, further to this, that the characteristics of these national systems should be bottled up and transferred wholesale to those countries or jurisdictions which are considered not to be successful or effective in these terms.

A further way of determining quality in a system is by identifying a norm so as to allow a comparison to be made. For example, a system of education can be compared with, and marked against, a model of best practice, where this model is constructed in terms of the inclusion of all the possible elements that could and should form an education system (i.e. structures, institutions, curricula, pedagogic arrangements and evaluative protocols), their arrangement in the most logical way (for example, that curricular intentions should precede pedagogical approaches and indeed that the latter should derive their credibility from them), and the identification and enactment of logically formed relational arrangements between these elements (i.e. that evaluative washback mechanisms should not be allowed to distort the curriculum as it was originally conceived). The norm that is used comparatively is constructed through sound logical and philosophical foundational principles.

reliance on outputs in the comparative process is unsafe

A reliance on outputs in the comparative process is unsafe and more importantly likely to be invalid. A sounder methodological approach comprises searching for mechanisms, relations and structures that are potentially causally efficacious, can be contextualised (historically, culturally and socio-economical), and can also contribute to human wellbeing. And in turn this would avoid reductionist and decontextualized accounts of how education systems operate round the world (for an example of this type of account, see Barber, M. and Mourshed, M. (2009) Shaping the Future: How Good Education Systems Can Become Great in the Decade Ahead, Report on the International Education Roundtable, Singapore).

The argument that I have been making here is that it is not so much the content of the curriculum that should concern us, although this is still important, but the relations between these different mechanisms in the settings in which they operate. This relational sociology accepts that the powers possessed by mechanisms such as curriculum aims and objectives are manifested in three ways: powers can be possessed by the mechanism but lie dormant; or powers may be exercised but do not have any effects because other mechanisms may be acting against them; or powers may be actualised because they are generating effects on other mechanisms. Furthermore, and consequently, we need to focus on the strength of the relationships between the different parts of the curriculum and the contexts of their use.

A curriculum is a set of ideas, which is then subsequently transformed into an arrangement of teaching and learning practices. These transformations constitute marked changes in the form, nature and appearance of the curriculum; and they can be expressed as a series of stages, such as exploration and development, recontextualisation, implementation, re-implementation, and institutionalisation. What this also implies is that school curricula round the world are different in content, form, relations between their different parts, intended effects, prescriptive capacity and internal coherence. There is an obvious need to protect the integrity of the curriculum from the ravages inflicted on it from those who subscribe to a standards and accountability agenda, not least from international comparative systems such as the Programme for International Student Assessment (PISA).

A fuller account of the argument expressed here can be found in Scott, D. (2016) ‘Learning Affordances of Language and Communication National Curricula’, The Curriculum Journal, 27.1. 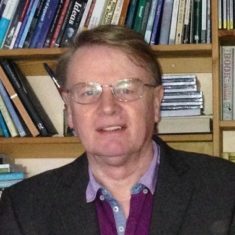 Professor of Curriculum, Learning and Assessment at University College London Institute of Education

The Parlous State of Educational Research