In a recent publication in the Curriculum Journal (Fredholm, 2016), I reflect over the problem that current Swedish school politics appears to be detached from the goals of the Swedish national curriculum. The political concept of schooling in Sweden currently reflects a rigid concept of teaching where discipline in the classroom seems more important than the overriding goal of the curriculum, namely that school should be a breeding ground for citizenship skills and entrepreneurial capability. A main reason is the pedagogical ideas that were launched by conservative school politicians after the election of 2006. These ideas have a traditional and essentialist orientation which discards the pedagogical approaches that usually is associated with citizenship education and entrepreneurial skills, i.e. approaches that reflect the tradition of progressivism in educational philosophy. The orientation towards essentialism is not only related to the escalation of unruly behavior in Swedish schools and the fact that Sweden scores poorly in international student assessment programs like PISA.

Equally important is the political argument that previous school politics has encouraged a leftist and ‘wooly’ pedagogy that allegedly is archetypical for the social-democratic concept of schooling (Elgström & Hellstenius, 2011, p. 724). This pedagogy, it is argued, is one of the main reasons to the prevalence of disorder and poor attainment in Swedish schools. Since the advent of conservative politics in the election of 2006, therefore, the key aim of school politics has been to get rid of the (progressivist) social-democratic legacy by emphasizing the importance of school discipline and conventional teaching. Paradoxically, however, this also implies that the pedagogy that commonly is associated with citizenship skills and entrepreneurial ability is circumvented despite the emphasis on such knowledge in the curriculum.

In my view, this problem is symptomatic for the current proceedings of school politics in Sweden and perhaps also in other contexts. Schooling is often used as a battleground for political ideas and school reforms are sometimes launched without a thorough understanding of the consequences they entail. A recent example of this phenomenon is the Swedish reform Förstelärare [first teacher reform], launched by the government in 2013. To make the teacher profession more attractive and to emphasize the importance of skilled teachers in school, this reform offers new career opportunities and a considerable wage increase for authorized teachers with at least four years of working experience and a good pedagogical track record. Although the number of studies on the reform is limited, available sources indicate that the impact is mixed and sometimes contradictory in relation to the intentions. A common problem is the competition among teachers over the new positions and the quarrels that have emerged in the process of recruitment. Such aspects have sometimes caused disputes that may threaten the workplace climate in school. My own research on the reform largely confirms this problem. In 2014-15, in-depth interviews on the impact were conducted with teachers and principals in various school contexts, and most respondents expressed a deep concern over conflicts and quarrels that had emerged. A common argument was that the reform undermines the ‘flat’ professional culture that existed before, and that the establishment of a new rank of teachers is at odds with the division of work in school. It was also common that teachers resigned if they failed be appointed. Resentment and frustration were then directed against the school principal who generally has a strong influence on the process of recruitment.

While these arguments are anecdotal and only provide a glimpse of the impact, they illustrate that school reform is a complex undertaking and that policy-makers sometimes need further insights about the impact of their undertakings before implementation. From this perspective, there is a similarity between the ousting of progressive pedagogy in school politics and the ‘first teacher reform’. Although the underlying motives are different, both events indicate that Swedish school reforms may produce paradoxical results and unanticipated consequences if such insights are lacking (cf. Portes, 2010, p. 20). 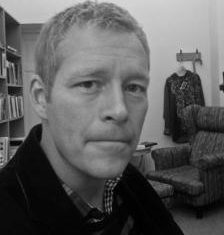 I received my PhD in Sociology at Lund University in 2008. My current position is Senior Lecturer in Sociology with teaching assignments in development studies, migration, environmental sociology and social policy. My main research experience covers community development, participatory development and natural resource utilization in relation to social transformation and political change, mostly in developing countries. I have worked as research consultant for the CGIAR in the development of methods for impact assessment of agricultural and environmental projects in developing countries, and have field experience from research on privatization of canal irrigation and participatory processes of community development in Indonesia. At present, I conduct research on everyday life and teacher-student relationships in Swedish schools. The impact of workplace violence on interpersonal relationships at workplaces in Sweden is a further area of research.