Governments in countries around the world are applying standards-based reforms to education in attempts to achieve future economic prosperity and social cohesion (Levin, 2010; Rizvi & Lingard, 2010). The inclusion of more specific standards in curriculum and the implementation of testing programs are two strategies by which reformers are hoping to improve the outcomes of schooling (Hopmann, 2008; Spillane, 2004).

This study investigates how discourses operating within regional contexts affect standards-based curriculum reforms in literacy. A theoretical framework from Michel Foucault (2002) and methods of critical discourse analysis based on the work of Norman Fairclough (2003) are used to examine how discourses operating internationally intersect with those originating in regional contexts to produce curriculum. The study specifically investigates how discourses occurring at a regional level affect the content of curriculum associated with the setting of minimum literacy standards for schooling. Two cases of standards-based reforms are investigated in the study, including the province of Ontario, Canada, and the state of South Australia, Australia.

Within both Ontario and SA the setting of standards was presented as a solution by governments for a perceived crisis in education. It is within this broader context that minimum standards for literacy achievement in the final years of schooling were written into curriculum documents. Critical discourse analysis of the curriculum documents produced for ‘The Ontario Secondary School Literacy Course’ and ‘Literacy for Work and Community Life’ provides insight into how discourses operating within local institutions interacted to produce curriculum for minimum literacy standards for the end point of schooling.

to construct literacy as a complex set of knowledge, understanding and skills

The curriculum statements for ‘The Ontario Secondary School Literacy Course’ and ‘Literacy for Work and Community Life’ begin by presenting a similar discourse about failing school systems and the need for standards. However, in both curriculum statements, an alternative discourse is also present from the beginning. Within the text previews for both documents, the presentation of literacy as a basic competency is contested. Lexical cohesion, particularly in the form of substitution, is used, not only to suggest literacy is a basic competency, but also to construct literacy as a complex set of knowledge, understanding and skills. In both regions, the curriculum writers begin in the text preview to present literacy as a capacity to adapt and alter skills and understandings constantly in a range of contexts. A discourse about how literacy involves complex knowledge, skills and understandings then continues throughout the curriculum statements for both regions. A range of language choices are made to continue to challenge the notion of literacy being a basic competency at the end point of schooling.

The language choices made within the two texts ensure that the simplified way in which literacy is presented within a discourse about standards-based reforms to schooling is challenged. Foucault (2002) makes the observation that discourses that lack ‘coherence, rigour, and stability’ will be particularly susceptible to change and open to new ‘organisations of concepts’ (p.71). During text production, simplistic discourses may be included, but there is enormous potential for ‘interdiscursivity’ (Fairclough, 2003, p.35) to occur. During the development of the curriculum used to define minimum literacy standards for schooling in SA and Ontario, the institutions traditionally responsible for creating curriculum in each region construct discourses about literacy that contest the notion of literacy being a basic competency. Through this process, the curriculum developers in each of the two regions also construct literacy in two very different ways. The findings of this study suggest that a shared global discourse about standards-based reforms will be used to justify an emphasis on standards for general competencies, such as literacy, at a local level, but locally-generated discources will then significantly affect the way in which key competencies are defined and understood. 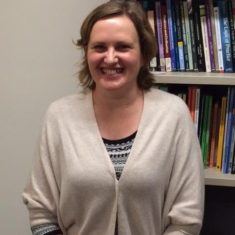 Lisl Fenwick is a senior lecturer in the Victorian School of Education, Australian Catholic University, 1200 Mair Street, Ballarat Victoria 3350, Australia. She researches local interpretations of standards-based reforms. Her past and current work especially includes analyses of curriculum reform in South Australia and the Northern Territory. She is particularly interested in how standards-based reforms to curriculum affect learning opportunities within secondary education. Lisl’s research also examines how knowledge about language can be used to support learning across the curriculum in primary and secondary contexts.

Assessment for learning and curriculum-based performance standards: Case studies from the Northern Territory of Australia

Twins and the relationship between homework and the academic progress of children: A Spanish case study