For at least two millennia, the dialogue that occurs during teaching has been spotlighted as critical for student outcomes, with many scholars proposing needs for: open questions; elaboration of previous contributions; reasoned discussion of viewpoints; linkage and reasoned resolution; meta-cognitive engagement; and high levels of student participation (see Resnick et al, 2015). Yet while benefits from some of these features have been demonstrated in contexts of small-group interaction among students, their relevance to teacher–student dialogue remains unclear (Howe and Abedin, 2013). The consequence, in the UK at least, has been dramatic and continuing shifts of policy: documents issued under New Labour promoting those features received health warnings under the Coalition government.

Recognising the urgent need for evidence, the ESRC recently funded a large-scale project that relates teacher–student dialogue to diverse student outcomes (the team: myself, Sara Hennessy, Neil Mercer, Maria Vrikki and Lisa Wheatley). The project revolves around 72 year-6 classrooms (with students aged 10–11) that are situated in London, the home counties, East Anglia, the Midlands and Yorkshire, encompass urban and rural locations, and are socio-economically and ethnically diverse (with 0–100 per cent of students eligible for free school meals, and 0–96 per cent from minority ethnic backgrounds). Lessons (each c.60 minutes) were video-recorded, with analyses based on two lessons per classroom (covering any pair of literacy, mathematics or science). Using a coding scheme adapted from Hennessy et al (2016), all teacher talk was analysed for use of supposedly productive features, as was student talk during interaction with teachers.

Scores on national tests (SATs) in mathematics and spelling-and-grammar proved to be strongly associated with the following.

‘When student participation was high, high levels of elaborated dialogue and querying were positively associated with SAT scores, even with start-of-year attainment considered.’

In other words, a small cluster of features makes a big difference. Hopefully, this message will not simply put an end to repeated, confusing, and arbitrary shifts in educational policy – it will also provide teachers with focussed and manageable strategies towards future practice. 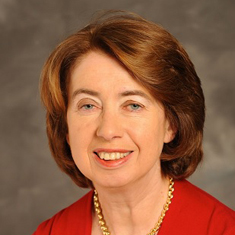 After a long career in academic departments of psychology, Christine Howe (email: cjh82@cam.ac.uk) was appointed professor of education at the University of Cambridge in 2006, a position from which she recently retired. The impact of dialogue on learning and reasoning has been a research interest of hers for over 30 years, in parallel with work on children’s understanding in science and mathematics; children’s communicative, linguistic and social relational skills; and young people’s experiences of racism and discrimination. Christine directed the ESRC-funded project on classroom dialogue highlighted in this blog. She has published seven books and over 200 journal articles and book chapters, and acted as editor for three academic journals while also serving on many editorial boards. She has held strategic appointments at the local, national and international levels in relation to research and postgraduate/postdoctoral training across the social sciences. She is a fellow of the Academy of Social Sciences.

Group work in primary classrooms: No longer a waste of time

Collaborative Learning in a Blended-reality Environment