During the 50 years since the Plowden Report, policy with regard to small-group activity in English primary schools has undergone repeated change. However, images of practice remain constant: they depict primary school pupils as typically seated in groups but seldom working productively as groups. Independent activity is apparently the norm even when teachers ask for collaboration, and dialogue is said to be low-level and often off-task. Yet the research endorsing such images was conducted over 20 years ago (cf. Galton et al., 1999). Since then we have learned a lot about the conditions for successful group work (see Howe & Mercer, 2007), and there have been large-scale attempts to promote these (e.g. Dawes et al., 2003; Kutnick & Blatchford, 2013). So what is the situation now? Does primary school group work still fall short of the optimum? Here, we report data suggesting a much more positive picture.

The data were collected for an ESRC-funded project (team: myself, Sara Hennessy, Neil Mercer, Maria Vrikki, Lisa Wheatley) that revolves around 72 Year 6 classrooms (http://tinyurl.com/ESRCdialogue). Situated in London, the Home Counties, East Anglia, the Midlands and Yorkshire and encompassing urban and rural locations, the classrooms were socio-economically and ethnically diverse (0-100% of pupils eligible for free school meals, mean=19.3%; 0-96% from minority ethnic backgrounds, mean=32.6%). Two lessons were recorded in each classroom, i.e. two of mathematics, English and science. Whenever a session of group work was initiated, one group was observed following procedures adapted from those described in Kutnick and Blatchford (2013). Groups were selected at random, apart from choosing different groups for each session to ensure representativeness.

386 sessions of group work were observed in total (0-8 sessions per lesson), each session lasting between 1 and 42 minutes (mean=6.47 minutes). The number of sessions and mean duration did not differ across school subjects. 178 sessions involved pairs, with the remainder divided amongst groups of three (N=79), four (N=75), five (N=29), six (N=24), and seven (N=1). Group size was unrecorded in one case. 312 groups were of mixed attainment levels, with the remainder all low attainment (N=18), all medium  (N=18), all high  (N=23) or composition unknown (N=15). 84 groups were all-male, 101 were all-female, 200 were mixed-sex, and once gender composition was unrecorded. All 386 sessions involved groups being asked to work together; on no occasion was so-called ‘peer tutoring’ requested, i.e. where one pupil has to instruct their partner.

Researchers noted whenever ideas were proposed, elaborated, justified or opposed, or consensus was achieved. They then rated the group’s overall quality using the scales tabulated below. The higher the rating on each scale, the more the group complied with what research shows to be productive activity. During prior training, the researchers achieved 81% agreement over ratings.

Ratings were averaged across the 10 scales to obtain composite indices of quality. Averaging these composites across the 386 group work sessions produced an overall mean of 2.36 (out of a theoretical maximum of 3.00), with no statistically significant differences as a function of group size, attainment composition, gender composition, or school subject. 58 of the 72 classrooms obtained means of over 2.00 when their own composite scores were averaged, and only five obtained means below 1.75. The key message from this is that far from being of poor quality, group work in contemporary English classrooms typically measures very well against research-driven standards. This message carries significant implications for policy, practice and future research. 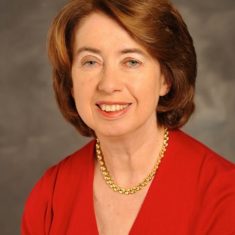 Christine Howe (email: cjh82@cam.ac.uk) was appointed Professor of Education at the University of Cambridge in 2006, after a previous appointment as Professor of Psychology at the University of Strathclyde. Group work and children’s learning has been a research interest for 30 years, in parallel with work on children’s reasoning in science and mathematics; children’s communicative, linguistic and social relational skills; and young people’s experiences of racism and discrimination. Christine is currently directing an ESRC-funded project entitled ‘Classroom dialogue: Does it really make a difference for student learning?’ She has published seven books and over 200 journal articles and book chapters, and acted as editor for three academic journals while also serving on many editorial boards. She has held strategic appointments at the local, national and international levels in relation to research and postgraduate/postdoctoral training across the Social Sciences. She is a Fellow of the Academy of Social Sciences.

Teacher–student dialogue: Why it matters for student outcomes