Many articles that have been written in relation to the Black Lives Matter agenda, state that education is key to improving Black, Asian and minority ethnic (BAME) children’s life chances (Blair, Bourne, Coffin, Creese, & Kenner, 1998; Blair, 2002; Ofsted, 2005). However, the system itself is at fault. The UK educational system perpetuates disadvantage: from the very earliest years of schooling (Richardson, 2007; Tomlinson, 2008) children’s sense of identity may be affected by a range of factors such as their experience of being in a minority, or having a lack of BAME role models. School staff may demonstrate unconscious bias in relation to these children. There is also an impact of differing levels of staff knowledge and understanding in relation to cultural issues. We can see how inequity becomes embedded as a result.

My research on how quiet, shy or anxious children cope in the early years classroom was based on a targeted programme entitled Special Me Time (Davis, 2012) aimed at supporting quiet children in vocalising their feelings; accessing classroom opportunities; and communication and developing friendships. Evaluation of the programme was conducted in early years classrooms predominantly in south Wales. I found that this intervention especially benefitted BAME children with English as an additional language (EAL). These children worked very effectively in a smaller group dynamic with more support. It is essential to allow young children with EAL longer thinking and processing time in relation to oracy, especially when responding to teacher questions. Quiet children with EAL need additional time to formulate replies, in a busy mainstream classroom.

‘It is essential to allow young children with English as an additional language longer thinking and processing time in relation to oracy, especially when responding to teacher questions.’

The taught sessions were delivered to small groups, over a six-week period. Baseline evaluations were employed. Assessments were taken at the start and on cessation of the programme. BAME learners with English as an additional language made significant gains in their personal and social development as a result of engagement within the smaller group dynamic. This was true across all settings in the research project. A year 1 teacher on the programme stated:

‘I have some very shy children in my class, Many of them would play alongside others and not join in or were led by others. A BAME child with EAL – K – was the child that I noticed got the most out of the Special Me Time (SMT) programme; after taking part, she played with other children in the class much more. Now she will initiate games with the others, where she would not do this before. She really bonded with E (also BAME EAL) during the SMT programme – they had not been friends before, but they both grew in confidence and this was due to the programme.’

It became apparent that the role of the teacher or teaching assistant was paramount, in relation to supporting the children’s oracy, confidence and engagement skills. The support needed was simple, such as giving children peaceful time in the book corner of a classroom or allowing them to work alone, or in pairs rather than in large groups. Taking time to listen to the children when they were speaking, without any interuptions, and also waiting for them to offer answers to questions in their own time, rather than rushing them, was also particularly effective. The research also found that the children had improved social and emotional skills, gained within the small group dynamic and were able to effectively transfer those skills to the wider classroom, demonstrating improved confidence and communication skills.

To conclude, it is pertinent that teachers are aware of the needs of all BAME learners and support them accordingly. Brentnall (2017) suggests that we need to train teachers in diversity awareness and equip them with strategies for supporting and raising attainment across the board. BAME children with English as an additional language need to be in classrooms where the practitioner is aware of their specific needs, in order for them to thrive. In a nurturing classroom, with a high level of support, and with an intuitive and emotionally literate practitioner, this research study suggests that the child can flourish and as a result their life chances and educational trajectory will be significantly enhanced. 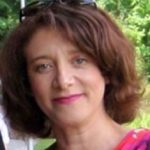 Dr Susan Davis is a senior lecturer at Cardiff Metropolitan University. She was formerly an early years teacher in school and has worked in further education at Coleg Gwent and at the Open University on their child development programmes, before moving to Cardiff Met in 2004. Her research interests include the learner journey for quiet, shy and anxious children and the experiences of Black, Asian and minority ethnic learners. Susan is chair of the BAMEed Network Wales.

The stuff of play: Taking posthuman and feminist materialist theory out to play in the materiality of the early childhood classroom