The starting point for our article (Parker & Levinson, 2018) was the apparent contradiction in current government policy between an essentially top-down, ‘zero tolerance’ behaviourist model of discipline in schools, as in the Bennett report (2017), and an emergent emphasis on the role of schools in promoting mental health and wellbeing, as in the green paper Transforming Children and Young People’s Mental Health Provision (DHSC & DfE, 2017). We had both been involved in empirical research that indicated the importance of supporting the whole child, albeit from slightly different methodological perspectives. The Education Policy in Practice project at Bath Spa University had undertaken a number of action research projects with vulnerable groups (see Parker, 2012). Martin’s ethnographic research with excluded groups such as the Gypsy, Roma and Traveller communities (Levinson, 2014), and young people in a pupil referral unit (Levinson & Thompson, 2016) had come to similar conclusions: that an approach to young people that acknowledged their identities and emotional needs was more likely to motivate them to make best use of educational opportunities.

‘We concluded that an approach to young people that acknowledged their identities and emotional needs was more likely to motivate them to make best use of educational opportunities.’

In the article we wanted to explore how this contradiction had come about, and how educational thinkers had come to evolve separate discourses on behaviour and wellbeing. We look at this in terms of educational philosophy, history and government policymaking. Philosophically, we consider the implications of Dewey’s (1938/1997) distinction between ‘traditional’ and ‘progressive’ education, and discuss their validity in the context of education debates from 1970 onwards. We warn against a facile equation of the two approaches with specific party policies, preferring an approach derived from Bailey and Ball (2016) that indicates the importance of continuities and discontinuities within an essentially neoliberal political economy.

My colleagues and I had already argued that strategies such as ‘attachment-aware schools’ did constitute an alternative to behaviourist strategies (Parker et al, 2016). In this paper we give detailed consideration to critiques of this approach, including concerns from psychotherapists that a universal model is not sufficiently discriminating and may actively harm traumatised children (Golding, 2012), and from social pedogogy that attachment per se has become a catch-all explanation that avoids issues of community engagement, social identity and agency (Smith et al, 2017). Another strand of thought, drawing on Foucault, suggests that the ‘emotionalising’ of classroom relationships, while apparently liberatory, is actually another form of ‘soft power’ whereby children are prepared to take a normalised role in the neoliberal workforce (Ecclestone, 2017).

While we acknowledge the validity of such critiques, we argue that inclusive approaches can and do provide a counterbalance to prevailing educational discourses and approaches. Challenging the separation between the learning child and the feeling child, and enhancing classroom relationships, connections between learning and experience, enjoyment of new knowledge/skills and, in general, motivation, seem of greater salience in improving engagement than behaviour/control mechanisms in schools.

This blog post is based on the article, ‘Student behaviour, motivation and the potential of attachment‐aware schools to redefine the landscape’, by Richard Parker and Martin P. Levinson, which is published in the British Educational Research Journal. It is free-to-read for a time-limited period, courtesy of the journal’s publisher, Wiley. 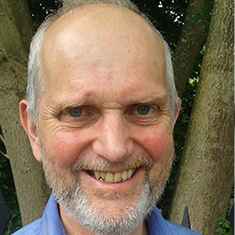 Richard Parker has been a youth worker, a researcher and a secondary school teacher in inner London. He worked for many years in local government within education and children’s services, in a number of different authorities. In 2010 he joined Bath Spa University as director of the Centre for Education Policy in Practice (EPIP).

Richard has a particular interest in the education of children in care, and has been involved in a range of activities to promote emotion coaching and attachment awareness in schools and initial teacher education, at both local and national level. He was a founder trustee of the Attachment Research Community (ARC), and is currently working with the National Association of Virtual School Headteachers (NAVSH) to develop a postgraduate certificate for carers and professionals working with care experienced children. Outside Bath Spa he is chair of a new secondary school due to open in Swindon in September 2019.