Fifty years after Stanley Kubrick introduced cinemagoers to HAL9000, the prospect of a robot-infused world still feels more science fiction than social fact. Yet robots are steadily beginning to impact on the nature of contemporary work. Industries such as circuit-board manufacturing and underground mining now rely on automated, mechanised robots. Elsewhere, intelligent systems are prompting forecasts of the ‘end of the professions’ and declining need for human doctors, lawyers and accountants. High-tech automation is now a real proposition across many sectors of work and employment.

One notable exception to this trend is education. Despite occasional speculation over ‘robot teachers’, it is generally assumed that education is an area of work destined to remain the preserve of humans. While disagreeing on many other points, education experts broadly concur that learning is a social process dependent on interactions with more knowledgeable others. All told, the belief persists that learning is something best guided by expert human teachers in socially rich settings.

‘It is now claimed that AI technology is capable of supporting superior learner-centred forms of education – so we need to seriously consider the implications of robotics, AI and the digital automation of teaching work.’

Such thinking is certainly compounded by the continued dominance of mass schooling. Yet the past two decades have seen significant technological advances in areas of artificial intelligence, robotics and machine learning. This is now fuelling demands from outside the education community to reconsider the ‘cookie-cutter’ model of one teacher presiding over a class of 20 students. Instead, it is claimed that AI technology is now capable of supporting superior learner-centred forms of education. That being the case, we need to seriously consider the implications of robotics, artificial intelligence and the digital automation of teaching work.

A wide range of AI-driven teaching technologies are already in schools. These include various ‘autonomous interactive robots’ developed across East Asia. Elsewhere, millions of students now interact with ‘pedagogical agents’ – software designed to provide bespoke advice, support and guidance about an individual’s learning. Also popular are ‘recommender’ platforms, intelligent tutoring systems and other AI-driven adaptive tutoring – all designed to provide students with personalised planning, tracking, feedback and ‘nudges’. Capturing over one million data-points per user, vendors of the Knewton ‘adaptive learning system’ can claim to know more about any student’s learning than their ‘real-life’ teacher ever could.

Of course, enthusiasms for placing these technologies in schools correspond with broader political struggles over the future of education. There is clearly growing corporate impatience to reform what are perceived as outdated and inefficient school systems. Calls for the automation of classroom teaching are often driven by desires to ‘reboot’ 20th century school systems that business interests suspect are no longer fit for purpose.

Enthusiasms for robot teachers also chime with growing political disgruntlement with the teaching profession. We are repeatedly told of a ‘crisis’ in teaching, with burnt-out teachers flocking to leave a profession which is further weakened by the declining quality of incoming recruits. Teachers are demeaned as a costly, conservative and over-unionised profession that is stubbornly resistant to change. The idea of deploying robot teachers clearly aligns with ambitions to disrupt labour politics as well as learning theory.

So, what does the continued rise of AI and robotics mean for education? A few commentators have begun to put their necks on the line, proclaiming boldly that robots will replace teachers ‘within the next 10 years’. Others more modestly predict that teachers can each expect to soon have their own ‘AI assistant’. Either way, most experts appear certain that classrooms and schools are unlikely to remain unaffected for much longer.

In light of this growing momentum it is worrying that robotics and AI are not provoking greater consternation and debate throughout education. Despite the obvious sense in preparing for an increasingly automated future, education continues to be one of the least future-focussed sectors there is. If anything, educators tend to take perverse pride in their capacity to deal with crises as they occur. However, when it comes to AI and automation, resignedly waiting for the worst is likely to have ruinous consequences.

Agendas around AI and education have been dominated by technology designers and vendors, business interests and corporate reformers. There is a clear need for vigorous responses from educators, students, parents and other groups with a stake in public education. What do we all want from our education systems as AI-driven automation becomes more prominent across society? In particular, teacher groups need to begin properly mobilising themselves around this issue. What future working conditions do teachers desire – and how might teachers play more prominent roles in their construction? 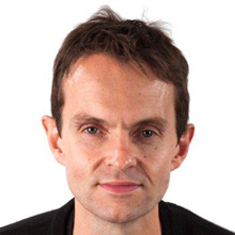 Neil Selwyn (@neil_selwyn) is a professor in the Faculty of Education, Monash University (Australia). He previously worked at the UCL Institute of Education and the Cardiff School of Social Science. Neil is currently writing a book on the topic of robots, AI and the automation of teaching. Over the next six months he will be posting writing on the topic in various education blogs… hopefully resulting in Selwyn N (2019) Should Robots Replace Teachers?, Cambridge: Polity

Rethinking class size: The complex story of impact on teaching and learning