In February 2017, the UK government announced that it would introduce legislation to make age-appropriate sex and relationship education (SRE) compulsory within English schools. The objective of SRE is to ensure that young people develop the ‘knowledge and skills to make conscious, healthy and respectful choices’ about sexual and social relationships (UNESCO, 2015: 3). The adoption of SRE in the English curriculum has taken place within a broader global commitment to the subject due to the benefit it appears to offer in terms of promoting emotional resilience and reducing sexually transmitted infections, unintended pregnancy and violence against women (UNESCO, 2015).

‘Research has demonstrated that intimate partner violence – behaviour within intimate relationships that causes physical, psychological or sexual harm – is a social injustice pandemic.’

My interest in SRE arises from the problem of intimate partner violence (IPV) – primarily psychological and emotional violence against women and girls in heterosexual relationships. The World Health Organization (WHO) refers to IPV as ‘behaviour within intimate relationships that causes physical, psychological or sexual harm to those in the relationship’ (WHO et al, 2013: 1). IPV is often thought of as a personal issue that occurs in isolated cases to women and girls we don’t really know. Yet scores of research have rather convincingly demonstrated that this is, in fact, a social injustice pandemic reaching one in three globally, and one in four in the UK (WHO et al, 2013). Research also shows a strong correlation between experiencing IPV and the development of mental health problems including the onset of depression, anxiety, and post-traumatic stress disorder (Keshavan, 2015). What is much less understood is the powerful role of outsiders – friends, families and community members – in thwarting the onset of mental health problems when IPV has occurred.

Scurfield’s (1985) comparative study on trauma demonstrates how the ‘nature of an individuals’ social environment, during and following a traumatic experience’ is a significant indicator in whether an individual will develop trauma-based pathologies. His research showed that ‘man-made trauma is more likely to produce PTSD symptoms’ than trauma evoked from natural disasters because victims tend to be blamed for man-made experiences resulting in them being left to suffer alone in isolation. This isolation is an ‘important factor in producing an incidence of PTSD three times higher’ than those individuals who have support (De Zulueta, 2006: 198). Further studies from the University of North Carolina at Charlotte have shown that recovering from traumatic incidences within the embrace of attuned and responsive relationships was the single most protective factor that guarded against developing PTSD after a traumatic experience (Canevello, Michels, & Hilaire, 2016). The data is clear: relationships emerge consistently across almost all resilience studies as the most important resilience enabler.

I believe that this research offers a new framework in which to guide SRE programming: one that helps individuals to rethink not only their role in responding to victims of IPV, but their responsibility to address IPV when it occurs and challenge social norms that contribute to abusive behaviours in the first place. Grounded in the idea that our wellbeing is relational and inextricably tied up and bound to one another (Tavernaro-Haidarian, 2018), the research invites us to move beyond the narrow confines of the victim-aggressor model, typical in SRE programming, towards a social justice model rooted in the African philosophy of Ubuntu. The philosophy, which roughly translates in to I am because we are and we are because I am, recognises our inherent oneness as a human family and its corollary, that everyone has a role to play in IPV: the victim, the aggressor, and a third very powerful entity, the outsider.

We live in a unique moment of human history in which the cultural revolution of the #MeToo movement has brought the sheer scale of gender-based violence to the fore. The pioneering work of the Mentors in Violence Prevention programme developed by Jackson Katz provides a glimpse into what is possible when we traverse unchartered territory to reimagine SRE through an Ubuntu lens. I hope that this is the first of many innovative programmes to come. 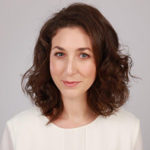 Danielle Pee works as an independent educational consultant to UN agencies, NGOs and schools in the Asia-Pacific region. She is currently studying for a diploma in Montessori early years pedagogy at the Montessori Centre International in London.

The power of relationships: Reflections on social and emotional learning programmes

What are the drivers to inspire more girls to study computer science?