Darren Chetty has written a number of articles relating to Philosophy for Children, racism and multiculturalism. The Dwelling Together film referred to in this interview shows him facilitating philosophical conversation with a racially diverse group of adults.

JH: In your publications, you have exposed a gap related to the racial identities of educators and discomfort around discussions of racism. Your notion of ‘community of enquiry’ is a dynamic one that refers to students, practitioners, trainers, scholars and children and all the spaces where they enquire.

DC: And it is very striking just how white those spaces are. The Philosophy for/with Children (P4/wC) community is not particularly diverse. The lack of attention to racism is linked to the lack of diversity – it most likely reinforces it.

JH: You point to certain orthodoxies operating against engagement with racism. You highlight the associated discomfort – and the difference in responses to discomfort – related to racial identities (Chetty & Suissa, 2016).

DC: P4/wC adopts democratic procedures, such as voting. So, majority interests dictate what is discussed. Moves to hand power to students do not necessarily lead to minority interests being raised, particularly if uncomfortable for the majority. Educators tend to select the material for enquiry, and this too shapes what can be questioned (Chetty, 2018).

JH: You reflect on limitations of the process, when educators are wedded to a certain orthodoxy and according to position, racial identity and place of teaching. You describe a gap between the ideal and the actual community of enquiry.

DC: I spent more than 20 years as a primary school teacher engaged in philosophical enquiry with children. In the literature on the community of enquiry, it is sometimes not clear whether what is outlined is an ideal, or what is actually observable. We can get a simplistic impression that if we sit in a circle and adopt ground rules, we can operate on a level playing field. What I observed in classrooms is that this doesn’t happen. Class, gender and race, for example, all feature in enquiry, as well as notions of who is ‘intelligent’ or ‘articulate’.

JH: You have shared an exploration of practice through the project ‘Dwelling Together in Diverse Spaces’, which you describe as aiming to explore the interplay between race, identity, self-esteem and interruption in educational spaces – in this case, a university setting. The project film works well to raise provocations about the role of the educator, and the importance of staying with the difficulties. At its core is your critique of ‘reasonableness’.

DC: Matthew Lipman saw ‘reasonableness’ as the aim of education and P4C as an ideal programme for cultivating it. The way that ‘reasonableness’ is socially constituted – and the history of how certain positions and processes came to be viewed as ‘reasonable’ – should also be subjected to philosophical enquiry (Chetty, 2018).

‘The way that “reasonableness” is socially constituted – and the history of how certain positions and processes came to be viewed as “reasonable” – should also be subjected to philosophical enquiry.’

JH: You have a real skill for structuring disagreement, Darren. That comes through in the Radio 4 interview with Michael Rosen and your book with Adam Ferner (2019). And in the chapter about ‘Dwelling Together’ (see Chetty et al., 2020, p. 211), you write about a moment in the film where a black participant responds to a white participant’s question by saying, ‘I throw that question back to you’:

‘I did not understand the move to throw back the question as shutting down dialogue […] Rather, I interpreted the move as keeping the enquiry open by negotiating how it might proceed. I think the discomfort arose from the fact that such a negotiation is relatively rare in conversations around racism. The point for me is not that the initial question was one that cannot be asked, but rather that where we create a philosophical environment in which it cannot be resisted, through the enforcement of norms and ground rules, we create a subtly but powerfully coercive atmosphere.’

DC: It takes me back to the first time I did P4C in 1996, when two non-Muslim kids were questioning the six Muslim kids about their religion. I was concerned about how the children were positioned within the school environment, as in who gets to ask questions and who gets to experience being answerable to others.

JH: Educators sometimes think that by encouraging young people to talk about their lives, they are trying to give them a space. You highlight the limitations of this idea.

DC: Many young people are, I think rightly, suspicious of these spaces. Whereas Ann Sharp sees mistrust as something personal to be overcome quickly to form the community of enquiry, I suggest that there are situations where mistrust demonstrates knowledge and wisdom.

Chetty, D., Bentley, A., & Ferner, A. (2020). In philosophical conversation with: A diverse group of adults – ‘Dwelling Together in Diverse Spaces’. In A. Fulford, G. Lockrobin, & R. Smith (Eds.). Philosophy and community: Theories, practices and possibilities. Bloomsbury. 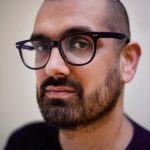 Darren Chetty is a lecturer and doctoral candidate at University College London. He taught in London primary schools for more than 20 years, practising Philosophy for Children (P4C) throughout that time and is an experienced P4C trainer. Darren has worked with SAPERE (the Society for Advancement of Philosophical Enquiry and Reflection in Education), Thinking Space, the Philosophy Foundation and the Philosophy Man. Two of Darren’s articles on P4C are included in SAPERE training materials. Darren’s doctoral research focuses on Philosophy for Children, multiculturalism and racism. In 2014, he received the Award for Excellence in Interpreting P4C from the International Council for Philosophical Inquiry with Children (ICPIC). With Adam Ferner, Darren co-wrote How to Disagree: Negotiate Difference in a Divided World (Quarto, 2019). 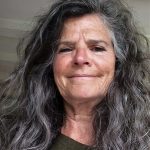 Joanna Haynes is associate professor at Plymouth University Institute of Education, England. Her research interests are in community and democratic education, philosophy of childhood and intra-generational learning. Her books include Children as Philosophers, first published in 2002, and later translated into Spanish, Greek and Korean. Together with Maughn Gregory and Karin Murris, she co-edited The Routledge International Handbook on Philosophy for Children (2017). Joanna is particularly interested in the relationship between practising philosophical enquiry and educators’ broader educational thinking and values – see, for example: https://www.academia.edu/44240345/TEACHERS_PERSPECTIVES_ON_PHILOSOPHY_FOR_CHILDREN_IN_EAST_LONDON_SCHOOLS https://www.plymouth.ac.uk/staff/joanna-haynes

All from this series
Community of enquiry, ethics education and the tensile teacher