Northern Ireland has an established early childhood education and care (ECEC) system with some strengths, such as near-universal participation in pre-school education. However, for children under three, provision remains fragmented and targeted, with no policy guidance in place. This piece will focus on the lack of policy for this age group, the separation of education and care, and the negative consequences for young children, their families and the professionals employed in the sector.

Bennett (2011) argues the fragmentation of education and care is largely based on traditional divisions within government, rather than on the needs of young children and their families. This is particularly problematic for children under three, as governmental responsibility for pre-school education (for ages three to five) is generally accepted, but parents – and particularly mothers – are viewed as having sole responsibility for the care arrangements of children under three. Moloney (2010) suggests this contributes to a lack of professionalism in the early years, arguing that as much of the work in the ECEC sector is viewed as being an extension of unpaid work, the need for professional recognition remains unmet.

In Northern Ireland, pre-school teachers in the statutory sector are required to possess a degree-level qualification with qualified teacher status. For practitioners in the voluntary and private sectors – including all services for children under three – the minimum standards for childminding and day care for children under the age of 12 (Department of Health, 2018) apply. Under these regulations, the leader is required to attain a relevant level 5 diploma and only half of all other staff are required to possess a relevant level 2 qualification. While these minimum standards represent progress in the professionalisation of ECEC, they fall short of establishing equity between the statutory pre-school sector and the private/voluntary childcare sector.

‘Northern Ireland continues to be the only part of the UK not to have policy guidance specifically for practice with children under three, and early education and childcare continue to operate under separate and unequal professional regulations.’

The lack of equity between the two sectors is indicative of a pervasive split between the education and the care of very young children in Northern Ireland. For example, the long-awaited Early years (0–6) strategy (DE-NI, 2010) did not survive beyond the consultation stage and was, after a further three years, replaced by Learning to learn: A framework for early years education and learning (DE-NI, 2013). However, the latter has been criticised for failing to pay adequate attention to the under-threes, and for exemplifying the fragmentation between education and care in the Northern Irish system (McMillan & McConnell, 2015). More than a decade has now passed since the original Early years (0–6) strategy (DE-NI, 2010) was developed, and progress has been limited. Northern Ireland continues to be the only part of the UK not to have policy guidance specifically for practice with children under three, and early education and childcare continue to operate under separate and unequal professional regulations.

The established link between staff qualifications – particularly the presence of a graduate – and quality (Quinn et al., 2005) highlights the need for a higher degree of professionalism for those working with very young children in Northern Ireland. This is likely to require a more integrated approach to care and early education, with greater equity in the qualification requirements and status of the professionals working in the sector. Given the particularly challenging circumstances of the last two-plus years, and the ongoing challenges for families (NICCY, 2021), a reimagining of both professionalism and practice in the earliest years is needed more than ever.

NICCY. (2021). A new and better normal: Children and young people’s experiences of the Covid-19 pandemic. https://www.niccy.org/media/3882/niccy-covid-report-main-report-final-aug-21.pdf

A Professional Workforce for the Early Years? Policy, practice and sector responses 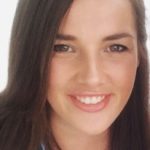 Suzanne McCartney is a lecturer in early childhood studies at Stranmillis University College. Her research focuses primarily on education and care for very young children (birth-to-three years). Her doctoral thesis examined the developmental needs of two-year-olds and the implications for service provision in Northern Ireland. A systematic review was carried out prior to undertaking primary data collection (‘Empirical studies on early intervention services for toddlers aged 24–36 months: A systematic review’, International Journal of Educational Research, 89, 119-138). Suzanne has worked with government and non-government agencies to complete a number of literature reviews, examinations of public consultations and service evaluations.