Imagine a classroom of four-to-five-year-old children designing and co-creating their classroom spaces. They are not passive recipients of the spaces created for them, but architects, product designers, artists, creators, makers and teachers. This democratic approach to the construction of classroom space is positioned as a Spatially Democratic Pedagogy (Clement, 2019) to support everyday democratic practices for young children. Practically, children and teachers work their way through a seven-stage design process, and theoretically, the co-creation of space sits at an intersection of ideas from geography, architecture and pedagogy.

It is important to consider our spatial and material practices within a classroom because spaces and materials are able to transform children’s notions, conceptions and emotions as much as children can transform objects and materials (Massey, 2005; Lenz-Taguchi, 2014). Consequently, the spaces we create for children shape their actions, interactions, roles, responsibilities and identities (Clement, 2022). Fenwick (2015) positions these spatial and material practices as ‘sociomaterial’ relationships, challenging the centring of human processes by foregrounding the materiality of our teaching and learning.

‘It is important to consider our spatial and material practices within a classroom because spaces and materials are able to transform children’s notions, conceptions and emotions as much as children can transform objects and materials (Massey, 2005; Lenz-Taguchi, 2014).’

Current space within the Welsh curriculum for all three-to-seven-year-old children is created around 17 areas of continuous provision (for example, sand, water, construction, reading, role-play). These areas are created by teachers and are to offer a variety of different activities for children to engage with. Scepticism is levied at this constructivist (and increasingly outcome-driven) construction of space and the ability children have to meaningfully participate or follow their own interests within spaces that are provided for them. Children’s interests and participation within these spatial constructs are seen to be limited by the spaces themselves.

When enacting Spatially Democratic Pedagogy (Clement, 2019) data from across the seven stages of the design process suggest that the communal approach to the construction of classroom space modified both the structures of democracy and participation and the roles and responsibilities that formed between the children, the teacher and the space. During the intervention the children had taken on the role as architects, teachers and co-creators, developing and creating their design ideas for the empty classroom space. No longer the passive ‘users’ of the space, they were active in the design and creation. The teacher’s role was also modified within the intervention, and on reflection the children noted that she had been the ‘helper’; she had helped to realise their design ideas within the space. Within this construction the teacher becomes the attendant, attending to the children’s ideas, supporting their designs and creations.

Moving forward, we must understand the relationships which form within classroom space as material practices (Massey, 2005). Further, I propose teachers should consider Spatially Democratic Pedagogy (Clement, 2019) as a way of supporting a more democratically aligned, student-centred approach to teaching, learning and playing in the early years.

A Curriculum for Early Years 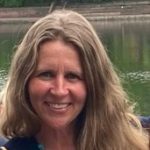 Jennifer Clement is a senior lecturer in initial teacher education and professional learning at Cardiff Metropolitan University. Her current research looks at the construction of teaching and learning spaces and how they support young children’s play.