In the post 2015 general election period there are a range of issues that we as researchers need to think about when we are writing about education policy. Let me illuminate these with one question with two illustrations:

What is wrong with these texts:

As a peer reviewer I have read such statements in articles written for publication, written by researchers both within and external to the UK.

Have you guessed what is wrong?

Here is the corrected text:

Why is this correct? The UK government is not elected. Only the House of Commons is elected, and a government is ‘formed’ and ‘takes office’ when the leader of the largest party in the House of Commons is asked by the Queen to form a government. Usually the government draws mainly from the House of Commons for Cabinet members and ministers but does draw from the House of Lords who are not elected. There are conventions around this process, and tensions regarding what happens if an overall majority is not secured, but the key issue is that the PM is PM because of the interplay between the election processes within a political party that elect s/he as leader, the electorate in the person’s constituency that elects s/he as an MP, and the conventions surrounding the Royal Prerogative.

Here is the corrected text for the section statement:

There is also a need to note how devolution for England is developing and what difference this makes for education policy.

Why is this correct? England does not have a government. There is no English Parliament, no English Department for Education, and no English education system. England is governed by the UK government, and education by the UK Department for Education. Therefore the devolved rights to Scotland, Wales and Northern Ireland regarding education policy needs to be seen as different to the current situation in England. Current debates about the constitutional status of England in regard to the UK government has direct implications, where ‘English votes for English laws’ in Parliament is regarded as one solution and a federal system is seen as another solution. What makes this even further complicated is how education policy in England is both centralized through the direct funding and control of reform through the Secretary of State for Education, and decentralized through a range of different school types with new forms of emerging co-ordination such as chains. Whether to have a middle tier in between the centre and the school was a clear and strong manifesto commitment for Labour, Liberal Democrats and the Greens, but as they are not in government it is not obvious how this will develop. There is also a need to note how devolution for England is developing and what difference this makes for education policy. Devolution for Manchester (DevoManc) has been agreed with plans for a directly elected mayor and control over transport, housing, planning and policing. Education is not mentioned, but will be affected by these changes.

A final point, the constitution is not codified in the UK but it does exist, and is open to major changes through legislation and incremental experimental changes through major policy interventions. Our task is challenging but not impossible, and perhaps in trying to make sense of the constitutional arrangements for education policy within and across the four home nations of the UK we might make a contribution to how things are working. The large number of Scottish National Party MPs at Westminister will afford us the opportunity to think about how Scottish education policy is run from Edinburgh, but Scottish MPs can vote on education policy for England while MPs elected from constituencies in England cannot vote on Scottish education policy. We may wish SNP MPs to vote on education policy for England, not only because they are legitimate members of the UK Parliament but also because they may bring values that challenge those held by other party blocs in the House of Commons. Whatever tangles and confusions exist and are generated as this Parliament moves forward, our job as researchers is to keep abreast of this and we need to get things at least as correct as possible regarding the constitutional arrangements for educational government and policy for England. 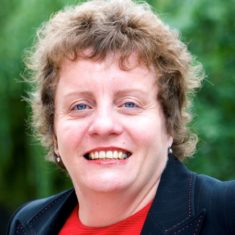 Helen Gunter is Professor of Educational Policy and Sarah Fielden Professor of Education in The Manchester Institute of Education, University of Manchester, UK, and is a Fellow of the Academy of Social Sciences. She co-edits the Journal of Educational Administration and History. Her work focuses on the politics of education policy and knowledge production in the field of school leadership. Her most recent books are: Educational Leadership and Hannah Arendt published in 2014 by Routledge, and An Intellectual History of School Leadership Practice and Research to be published in 2015 by Bloomsbury Press.