The ASPIRES/2 and Enterprising Science teams are delighted to be awarded the 2018 BERA Public Engagement and Impact Award, which reflects our sociological commitment to praxis and, specifically, our desire to identify inequalities and promote more equitable approaches to widening participation in science, technology, engineering and mathematics (STEM) education. In this blog post we share our development of the concept of science capital and our ‘impact journey’.

Despite huge investment aimed at trying to engage more young people with STEM, there are notable STEM participation gaps in terms of gender, ethnicity and socioeconomic background at every stage of the post-16 education pipeline. This is particularly stark in the physical sciences and engineering (NAO, 2018).

With the aim of understanding this gap, and how we can improve and widen STEM participation, the ESRC-funded ASPIRES research project is a two-phase mixed-methods study tracking young people’s science and career aspirations between the ages of 10 and 19. The study has surveyed over 40,000 students and has longitudinally tracked over 60 young people, and their parents, since 2009.

In the first five-year phase of the ASPIRES study we found that, statistically, a student is least likely to express science aspirations if they identify as female, white, have low levels of cultural capital and/or are in the bottom set for science. We also found that a student is less likely to have science aspirations if they do not have any family members who use science in their jobs. We developed the concept of ‘science capital’ to help us understand these patterns and the factors shaping the likelihood that a young person will see science as ‘for them’, or not. Whereas Bourdieu’s concept of cultural capital (Bourdieu, 1984) focussed on participation in the arts as a mechanism through which societal inequalities are reproduced, we define science capital not as a separate ‘type’ of capital but rather a conceptual device for collating aspects of ‘habitus’ (socialised dispositions) and social and cultural capital that specifically relate to science (Archer, Dewitt & Willis, 2013).

For this we worked with 43 teachers and over 1,200 students to codevelop and pilot a teaching approach on building science capital in young people. The main output from this work was The Science Capital Teaching Approach handbook, which supports teachers to help build students’ science capital by changing power relations and the dominant ways in which science is presented, framed and related to students within their existing science lessons. The approach combines the Bourdieusian framework of the ASPIRES studies with social constructivist learning theories, allowing educators to think about ways in which science capital reproduces inequalities using students’ pre-existing knowledge, interests, ways of thinking and the differences in students’ socio-cultural backgrounds, families and friends.

‘Our approach marks a departure from many existing STEM interventions: it focusses on changing what Bourdieu terms the ‘field’, rather than the student.’

Our approach marks a departure from many existing STEM interventions, as it focusses on changing what Bourdieu terms the ‘field’ rather than the student. It also seeks to support educators to value what students bring with them, rather than seeing students as ‘lacking’ science-related interests and knowledge. Evidence shows that the approach can build students’ science capital, increase student A-level science aspirations, and improve attitudes towards science. The teachers we worked with also felt that it enhanced and supported their own agency and professionalism – even helping them to push back against educational managerialism. You can find out more about the process of developing the approach here.

We continue to develop the concept of science capital, and to work with others on its wider use and application. This has been a fascinating and rewarding journey for us, and we look forward to continuing to learn from our partnership work and attempts at praxis in the future. 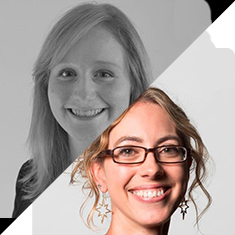 Louise Archer is Karl Mannheim professor of sociology of education at the UCL Institute of Education. Her research focusses on educational identities and inequalities, particularly in relation to social class, ethnicity and gender. She has conducted research on a wide range of issues, including British Muslim young people’s identities; working-class (non)participation in HE; British Chinese students’ educational success; urban youth and schooling; and, most recently, studies on inequalities in science participation.

Emily MacLeod is a research officer on the ASPIRES 2 project at the UCL Institute of Education. She is a former languages teacher interested in educational inequalities and social mobility.

Tablets in schools: Tools for learning or tantalising toys?

Bold beginnings or black holes? The encroachment of summative assessment into the reception curriculum