Sociology of education has a long, respected and much-valued tradition of critique – that is, identifying injustices, speaking truth to power and, as Bourdieu terms it, ‘shining a spotlight on the blinkers’ (1990: 16). At the same time, it has been argued that critical work ‘can feel removed from everyday reality’ (Rowley 2014: 51) and that, while necessary, critique can be ‘depressing’ or pessimistic, especially when it offers little or no alternative ideas for how things might be improved (James 2015). For sociologists of education, it is also disappointingly difficult to see any substantive impact made by our collective theory and research upon current educational policymaking.

I write as a researcher who values, and is committed to, both critique and ‘making a difference’. That is, I consider it to be both the privilege and the responsibility of the politically-engaged academic to try to engage with the messy, compromising challenge of how we can use research, theory and critique to inform attempts at realising social justice.

The task is undoubtedly challenging – but it is also rewarding. I certainly don’t claim to have solved the issue or to have come up with a magic solution, but I hope that sharing one of our research team’s attempts at praxis (that is, the enactment of theoretical reflection and action – on classroom practice, in our case) might help stimulate further discussion about the combining of educational theory and practice.

Putting Bourdieu to work in the classroom

Over four years, we worked with 43 teachers to co-develop and pilot a Bourdieusian-inspired pedagogical approach, with the aim of fostering more equitable participation and engagement with science among students from socially disadvantaged and traditionally underrepresented communities. We then tested out the teaching approach through two waves, each conducted over an academic year (the first with teachers in London in 2015/16, the second in 2016/17 with teachers in Newcastle, York and Leeds), which we researched via mixed methods (using surveys, observations, interviews and discussion groups).

‘Bourdieu’s conceptual tools provide interesting ideas for how we might think about what needs to change (the “field”, rather than students) in order to establish more equitable power relations and possibilities.’

The process was certainly challenging, both conceptually and in practice. Unsurprisingly, Bourdieusian theory is not normally the first port of call when designing an educational intervention – not least given Bourdieu’s general pessimism (and limited suggestions) regarding the possibilities of social change and emancipation (Bourdieu 1999). There is a certain tautological nature to the enterprise! However, we felt that his conceptual tools provide interesting ideas for how we might think about what needs to change (the ‘field’, rather than students) in order to establish more equitable power relations and possibilities (see Archer et al 2017 for more detail and discussion). Moreover, we found it an invaluable process to have to engage with and ‘translate’ Bourdieusian ideas into practice. The necessity of thinking and working across different registers, both with teacher colleagues and within a multidisciplinary research team, helped move us away from the tendency to conceptual laziness that can come when working exclusively within a particular rarified academic terminology.

Details of the content of the teaching approach can be found in our handbook, <i>The Science Capital Teaching Approach</i> (Godec et al 2017), and there is an infographic that summarises some of our key findings. However, the point that I would like to share here is that the endeavour was a highly positive, rewarding and generative experience for everyone involved. As teachers and researchers, we all learned a lot. Conceptually, the process enabled us to generate new understandings and extend our theoretical framework (including empirically and methodologically). Our teacher colleagues reported increased professional agency, along with the (relief and) pleasure of improved student engagement, behaviour and attainment. The students also experienced a range of benefits – not least a more positive and personally meaningful experience of science classes, and a shift in power relations and forms of representation.

We are still very much in the early stages of our journey of exploration, but it has given us a welcome sense of optimism about the value of attempts to engage with the challenge of praxis. By way of conclusion, our experience thus far was summed up well by one of our teachers, who admitted to an initial reticence and scepticism at the start of the collaboration, but reflected later:

Bourdieu P (1990) In Other Words: Essays Towards a Reflexive Sociology Cambridge: Polity

The research reported on in this article was funded as part of the ‘Enterprising Science’ project, a five-year research and development partnership between King’s College London, the UCL Institute of Education and the Science Museum, funded by BP. 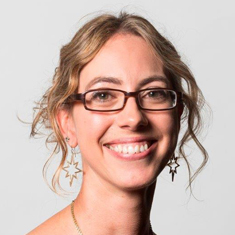 Louise Archer is Karl Mannheim Professor of Sociology of Education at the UCL Institute of Education. Her research focusses on educational identities and inequalities, particularly in relation to social class, ethnicity and gender. She has conducted research on a wide range of issues, including British Muslim young people’s identities; working-class (non)participation in HE; British Chinese students’ educational success; urban youth and schooling; and, most recently, studies on inequalities in science participation.

Teacher identity in a performative age: Coming to research through autoethnography