Successful learning depends upon the functioning of human long-term memory (LTM) – a set of psychological processes that allow us to retain skills and knowledge over the long term, and which also underpins a student’s ability to apply learning to new situations.

Cognitive psychology researchers have uncovered a number of features of LTM which are directly applicable to the classroom. For example, learners remember things better when their practice is varied or when previously studied items are actively retrieved rather than passively re-read. Variation and retrieval form part of a set of processes known as ‘desirable difficulties’ – they make the student’s experience subjectively harder but the learning more durable and transferable (Agarwal & Bain, 2019; Bjork & Bjork, 2011). They tend to lead to errors in the short term by making tasks more challenging, but the payoff – as judged after a delay of days or weeks – is better learning.

‘Variation and retrieval form part of a set of processes known as “desirable difficulties” – they make the student’s experience subjectively harder but the learning more durable and transferable. They tend to lead to errors in the short term by making tasks more challenging, but the payoff – as judged after a delay of days or weeks – is better learning.’

These effects reflect the fact that our memories are not stable ‘items’ but fluid traces which are influenced by later use (for example, by retrieval). Rather than being recorded like a video, memories can be strengthened, weakened or distorted. Indeed, it is impossible to retrieve a memory without modifying it in some way (Bjork, 1975).

However, it is not clear that such principles are well understood outside of cognitive psychology. Indeed, Simons and Chabris (2011) found that the idea that LTM functions like a video camera was endorsed by 63 per cent of participants among the general public but 0 per cent of those memory researchers questioned. And there is emerging evidence that flawed views of how memory works may be shared by the majority of teachers, too (Firth, 2018; Halamish, 2018).

This is an issue that should raise some concerns about the extent to which observers can accurately judge the benefits of an observed school lesson (Firth, 2020). They may be misled by students’ performance on a practice task, failing to recognise that good performance does not correlate with good long-term learning – in fact, the two are often negatively correlated (Soderstrom & Bjork, 2015). If that seems surprising, consider how many more errors are likely to occur when a learner tries a practice quiz rather than just copying the answers. The latter will result in more accurate performance – but would be worse for learning.

As a result, if a teacher being observed makes extensive use of desirable difficulties such as testing and variation, pupils will make mistakes in their practice, and the observer may incorrectly assume that less has been learned than in a comparable lesson which avoids desirable difficulties. Such observer judgements fail to take account of the fact that practice which is more effective is often more difficult too. More broadly, we should not attempt to judge what has been learned on the basis of student performance in a single lesson.

It would be helpful if education professionals in all sectors recognised this phenomenon, so that any attempt to gauge learning is focused on the right things. Underpinning education with concepts from the science of memory can help us to better take into account the inherent fluidity of memories, and can help to ward against misconceptions which are prevalent among the general public.

Firth, J. (2018). Teachers’ beliefs about memory: What are the implications for in-service teacher education? Psychology of Education Review, 42(2), 15–22. 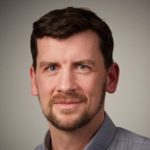 Jonathan Firth is a teacher, teacher educator, author and researcher. Having taught psychology at secondary school level for many years, he now works in teacher education at the University of Strathclyde, Glasgow. His research interests focus on memory and desirable difficulties, teacher metacognition and professional research engagement. He writes support books for teachers, most recently Psychology in the Classroom (2018, co-authored with Marc Smith), and The Teacher's Guide to Research (2019), while his short book How to Learn (2018) is aimed at school or university students who are preparing for exams. He lives on the west coast of Scotland. See jonathanfirth.co.uk.