Now that artificial intelligence (AI) is very much in the public eye, the issue of its use in education has attracted much attention, both good and bad. Within the context of education, one important use of AI is to build up models of learners by noting what they do in order to adapt the tasks that they might be offered as well as the help and scaffolding to assist them.

The bad attention stems from a general distrust of AI and the companies that deploy it, because of their potential for taking away teachers’ jobs, their potential for exploiting the data generated by learners for private profit and because the AI-based pedagogy is regarded as embodying a retrograde form of learning that dehumanises the learner, much like the Skinner Boxes of old (Skinner, 1968; Williamson, 2018; Wilson & Scott, 2017). Some recent well-publicised examples of poor-quality AI-based learning have not helped – for example, learners spending long hours just sitting at laptops, using inadequate AI-based software with insufficient access to human teachers, insufficient social interaction and insufficient non-screen-based activity (Tabor, 2018). Few would want to defend this kind of educational setup as anything other than dystopian and retrograde.

My newly published paper in the British Journal of Educational Technology, ‘Escape from the Skinner box: The case for contemporary intelligent learning environments’, concentrates on the quality of the learning enabled by AI-based systems (du Boulay, 2019). It argues that the pedagogy of contemporary AI-based learning has changed dramatically since the very early days of intelligent tutoring systems (about four decades ago) and that the criticisms of such systems are often based on an outmoded view of how such systems operate.

In recent years there have been a number of meta-reviews and meta-analyses of the educational effectiveness of AI-based educational systems. These have involved more than 180 comparative evaluations that compare the use of a particular system either to normal classroom practice with a whole class or to one-to-one teaching by a human teacher. The overall result is that AI-based systems do rather better than a teacher with a whole class, and a little bit worse than one-to-one teaching by a human (du Boulay, 2016).

‘There are two aspects to how contemporary AI-based systems work that undermine the criticism that such systems rob the learner of agency.’

There are two aspects to how contemporary AI-based systems work that undermine the criticism that such systems rob the learner of agency. One aspect is based on the intelligent pedagogy embedded in the system itself. The other is based on the way the systems are deployed or ‘orchestrated’ over time and space within a class. My paper provides a number of examples of each aspect of the pedagogy.

In the first case, systems can adaptively help the learner to work through a sequence of worked examples rather than problems, as this is often a better way to learn. They can offer the learner the opportunity to ‘learn by teaching’ the system concepts or skills, such as how the ecology of a pond functions. They can teach through a dialogue, either spoken or written, where the system prompts the learner to gradually build up a comprehensive understanding of a topic. Finally, they can help the learner to explore their own learning processes and also learn how to better regulate them.

In the second case, orchestration, systems have been deployed to work with pairs of students, sometimes as co-learners or sometimes in a peer-tutoring set-up. They have been used in flipped undergraduate classrooms, and evaluated positively via the standard end of year examinations.

In all the cases described, the learner has more agency than the criticisms of such systems allow (Watters, 2015). It is also clear that the future lies in blended learning with such AI-based systems acting as effective classroom assistants rather than replacing teachers.

This blog is based on the article ‘Escape from the Skinner box: The case for contemporary intelligent learning environments’ by Benedict du Boulay, published in the British Journal of Educational Technology.

It is currently free-to-view online for a limited time only, courtesy of our publisher, Wiley.

Skinner, B. F. (1968). The technology of teaching. New York: Appleton-Century-Crofts. 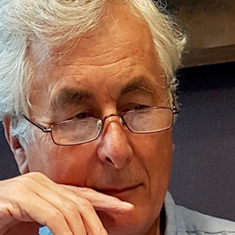 Benedict du Boulay is an emeritus professor at the University of Sussex, and visiting professor at the London Knowledge Lab, University College London. He is also secretary and treasurer of the International Society for Artificial Intelligence in Education, and associate editor of the International Journal of Artificial Intelligence in Education.

Technology-mediated learning theory: A holistic and field-specific referent for the analysis of technology-enhanced learning